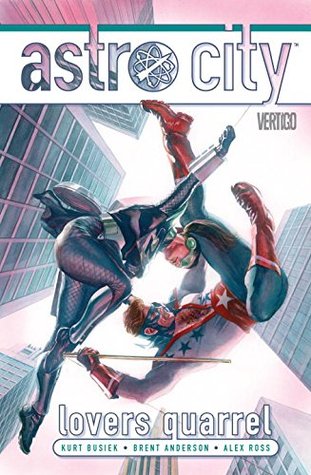 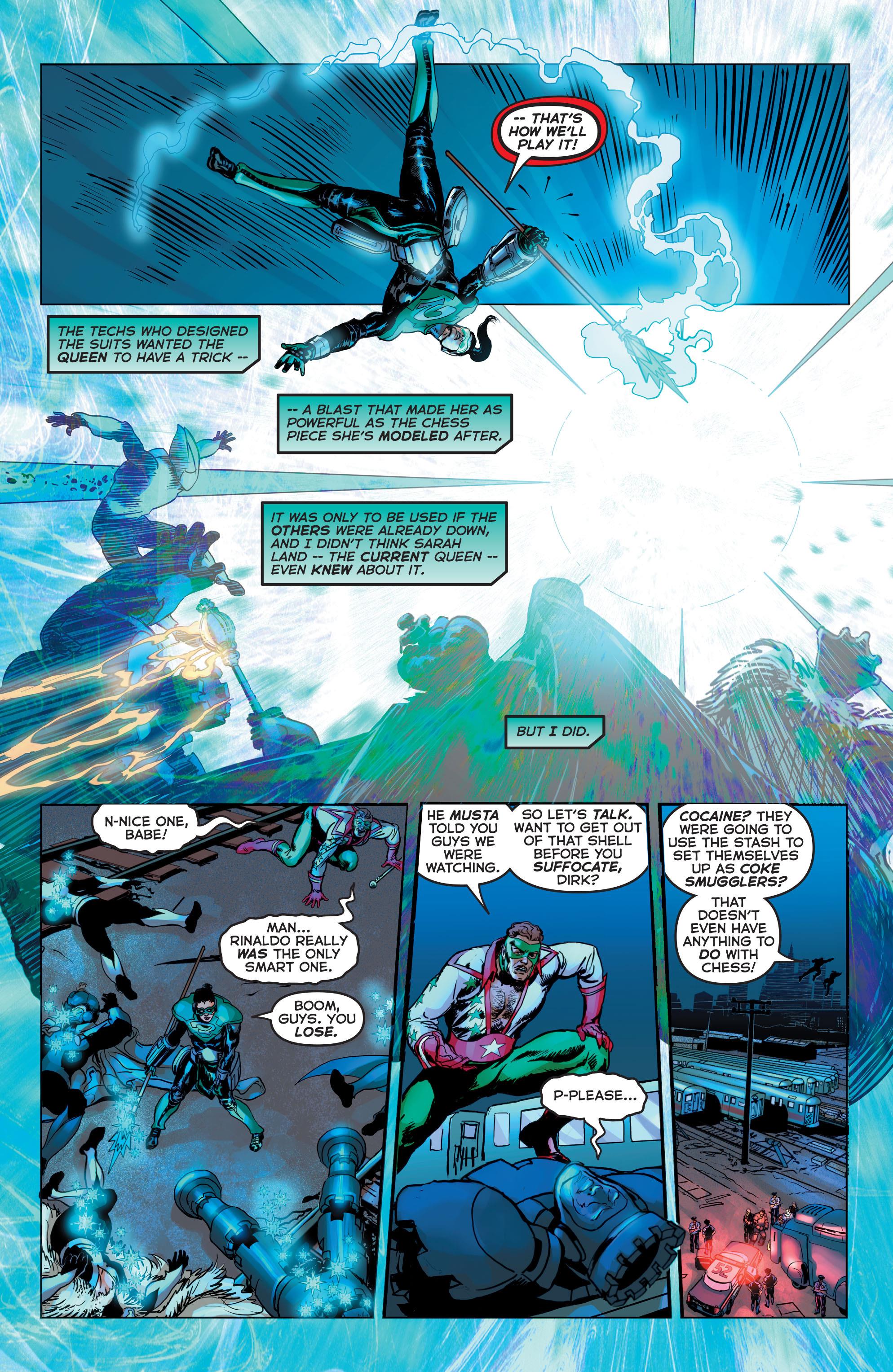 Lovers Quarrel is a collection of material, with over half being the four chapters of the title story, which is backed up with another solid strip.

The book opens with the Black Rapier’s retirement party. He’s acknowledged that age has caught up with him, that he can no longer continue as a crimefighter. It’s not a lesson everyone can take on board. Crackerjack and Quarrel can be viewed as Astro City’s equivalent of Green Arrow and Black Canary, yet with powers reversed from their inspiration. They’re a crime-fighting couple both nearly fifty sustaining their careers with pills, technology and magical remedies.

That’s just the starting point of an in-depth look at Quarrel’s background and costumed career. Kurt Busiek brings a depth of heartbreaking detail to the script as Quarrel really toils to erase mistakes of the past and to ensure her brothers can escape their background as she did. Her hooking up with the publicity hungry Crackerjack seems unlikely at first, but he brims with the confidence that she took years to accumulate. Theirs, though is a fractious relationship, and a form of addiction is involved.

Busiek’s an old hand at this, and perhaps those who’ve followed Astro City from the beginning are better at picking up the clues, as this intrigues without ever really surprising, but as a character piece it works from start to finish.

The more whimsical tale of Tony the gorilla concludes the book. Again, the combined sources are obvious to any superhero comic fan, and indeed obliquely credited, but Busiek again gives it that twist. Tony’s secret gorilla society is beneath the Antarctic, a gateway to several other dimensions, but all he really wants to do is play the drums. It’s a slight story, but providing a full dose of charm.

As is almost always the case, Brent Anderson’s art is joyful and expressive when it comes to the assorted characters populating Astro City. A gorilla in a tuxedo? Alien despot? Flaming woman? He’ll make you believe in them all.

Beyond the slightest hints Lovers Quarrel isn’t tied into any other Astro City books, so it doesn’t matter if you read this first or last.