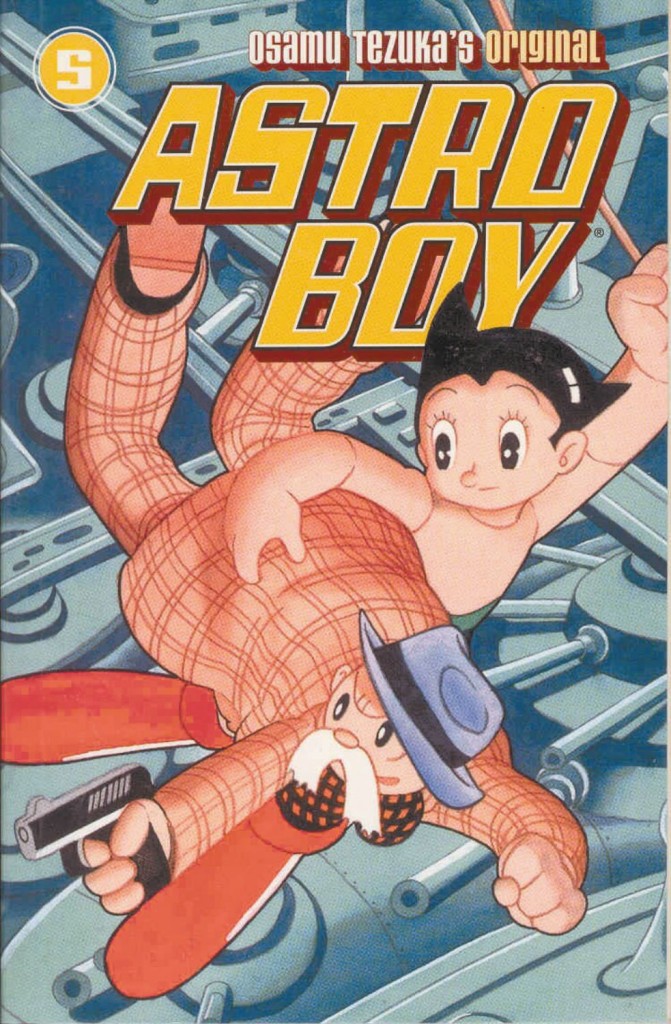 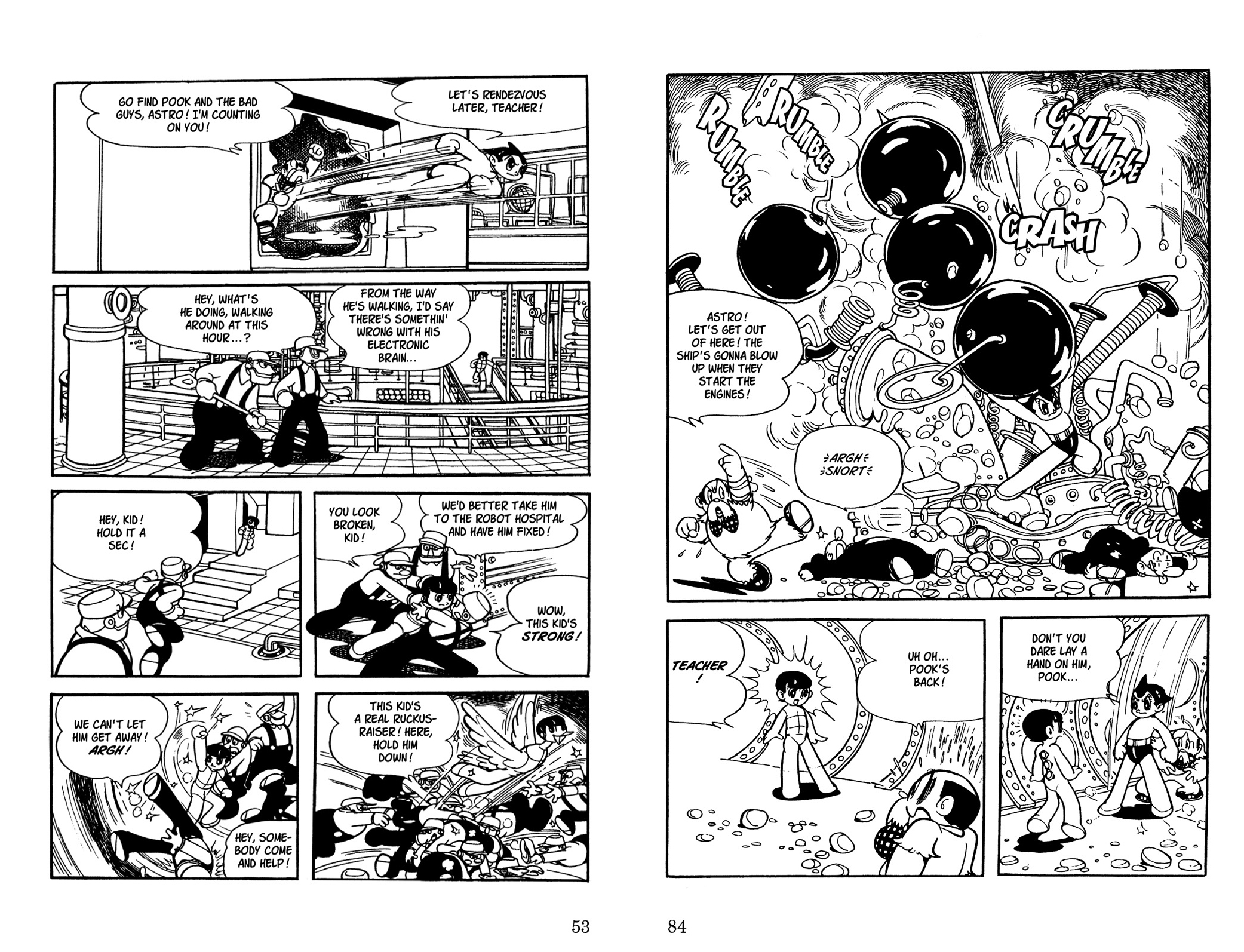 Volume five of the original Astro Boy adventures translated by Frederick L. Schodt features three stories,’Crucifix Island’ (1957), ‘Space Snow Leopard’ (1960), and ‘The Artificial Sun’ (1959). They are personally selected by Osamu Tezuka from two decades of Astro Boy comics, and he introduces each of them with a short anecdote.

In ‘Crucifix Island’ criminal genius Dr. Tozawa creates a boy robot called Pook, who has the ability to transform into various creatures. Tozawa gets arrested before he can finish programming him, and the abandoned Pook becomes an angry rebel who frequently clashes with Astro at school. When Tozawa breaks out of jail to steal gold, diamonds and uranium kept on Crucifix Island, Pook reunites with his ‘father’ and helps with the robbery. Now Pook and Astro have to battle for real. Tezuka shows us a variety of inventive robot transformations in this story, a few decades before Transformers took that gimmick and ran with it all the way to the bank.

‘Space Snow Leopard’ involves aliens immobilising Earth by covering everything with a strange energy-sapping snow. Astro Boy is the only mechanical device unaffected and he must defeat the six-legged Space Snow Leopard to restore everyone to normal. Tezuka seems to have invented another robot genre in this story as Astro teams up with a lot of other robots, forming one giant robot to defeat the aliens.

‘The Artificial Sun’ is a source of tremendous power, stolen by criminal Kim Sankaku who has appeared in these stories before. Astro has to team up with world famous detective Sherlock Holmspun to track it down, and in classic buddy movie style, Holmspun’s hatred of robots makes for a difficult partnership. But why would a super-intelligent man like Holmspun have such an irrational prejudice? Ironically for a story about the evils of bigotry, Tezuka draws some very caricatured ‘natives’ on Sankaku’s volcanic island base. The note to readers at the start of the collection asks us to view this in the context of the time and you’ll have to make your own decisions about whether this works for you.

Problematic imagery aside, Tezuka delivers three more fun stories in this volume. You’d have to have a heart of stone not to love Astro’s bright personality, and the brilliant designs and high level of invention more than make up for the corny nature of the plots.