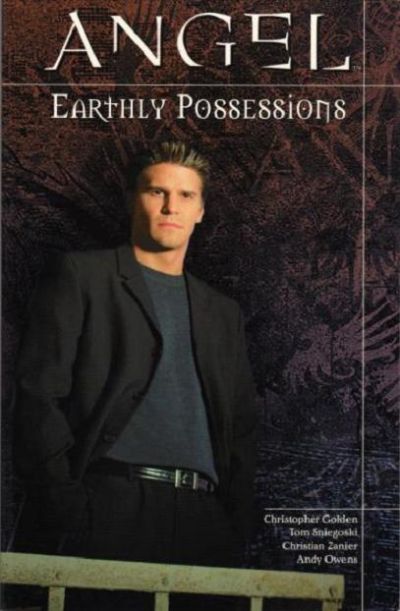 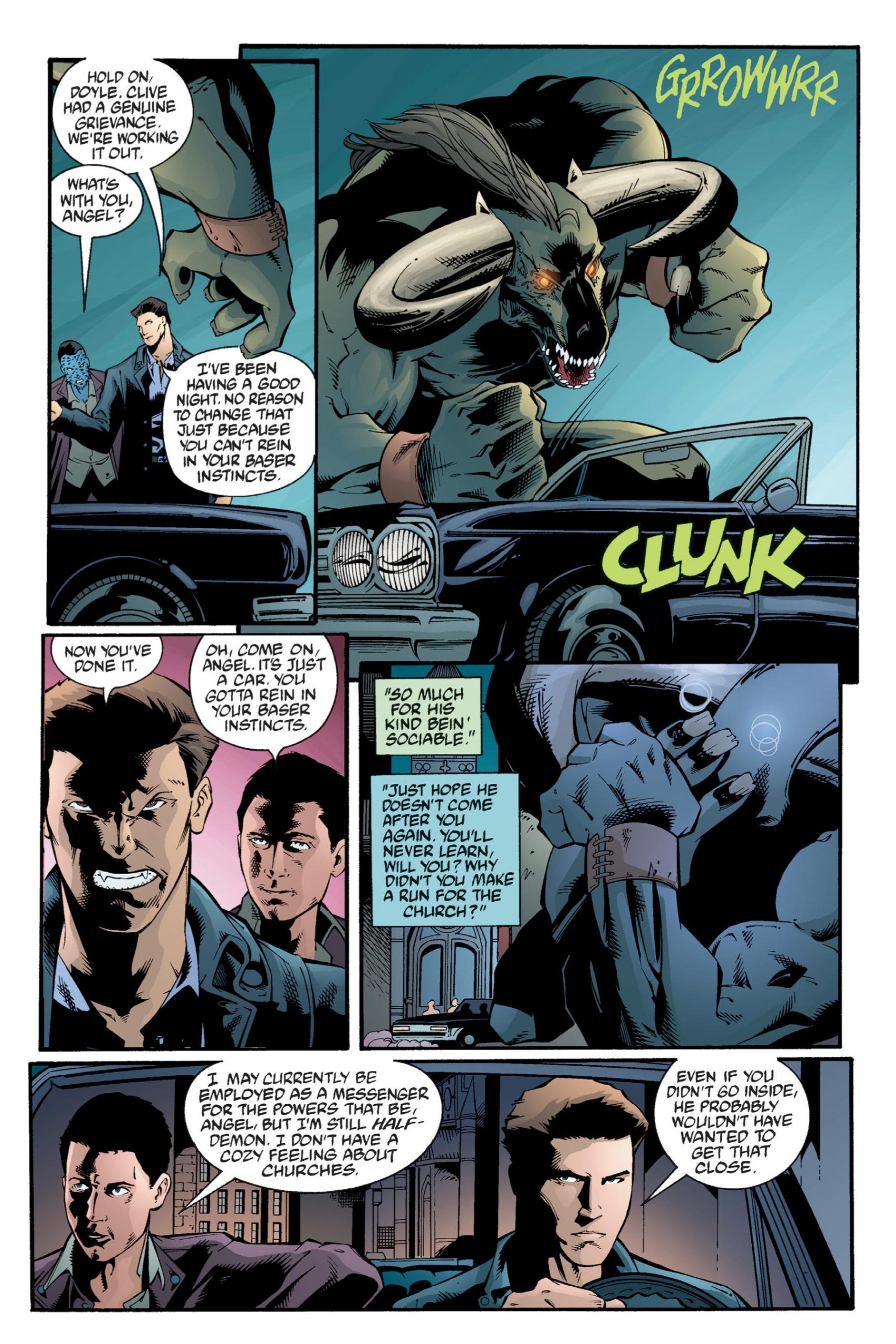 Earthly Possessions is set in motion by one of Doyle’s visions, drawing Angel to a large mansion in which a woman is convinced her husband has been possessed, as his personality has changed so drastically. Then again, he’s a lawyer, so maybe he’s always been that way.

Only two graphic novels into the series and Christopher Golden is already overusing the idea of Angel refusing to believe in the supernatural when he’s well aware it exists, and this story is made even more awkward by a rapid shift forward in time to account for events in the Angel TV show. When Earthly Possessions was reprinted in the Angel Omnibus, editor Scott Allie’s introduction confirmed the lack of notice received regarding a fundamental shift in the show’s cast. It’s really untidy.

After not impressing with his art on Surrogates, Christian Zanier is slightly better here. There aren’t as many ungainly figures, and the cast likenesses are slightly improved, although stiff for being copied from photo reference. He’s not great at providing detail, making it seem as if much of the action and conversation occurs in barely finished sets without anyone in the backgrounds, but the storytelling is there.

Given the cast change was forced on Golden and co-writer Tom Sniegoski, their story of two demonic possessions and a rogue at work just about hits the spot. Angel is convincing as an investigator, and what eventually becomes the primary threat is someone capable of giving Angel a hard time. The continuity next heads into Hunting Ground, while Earthly Possessions also features in the first Angel Legacy Edition, and in the Angel Omnibus.