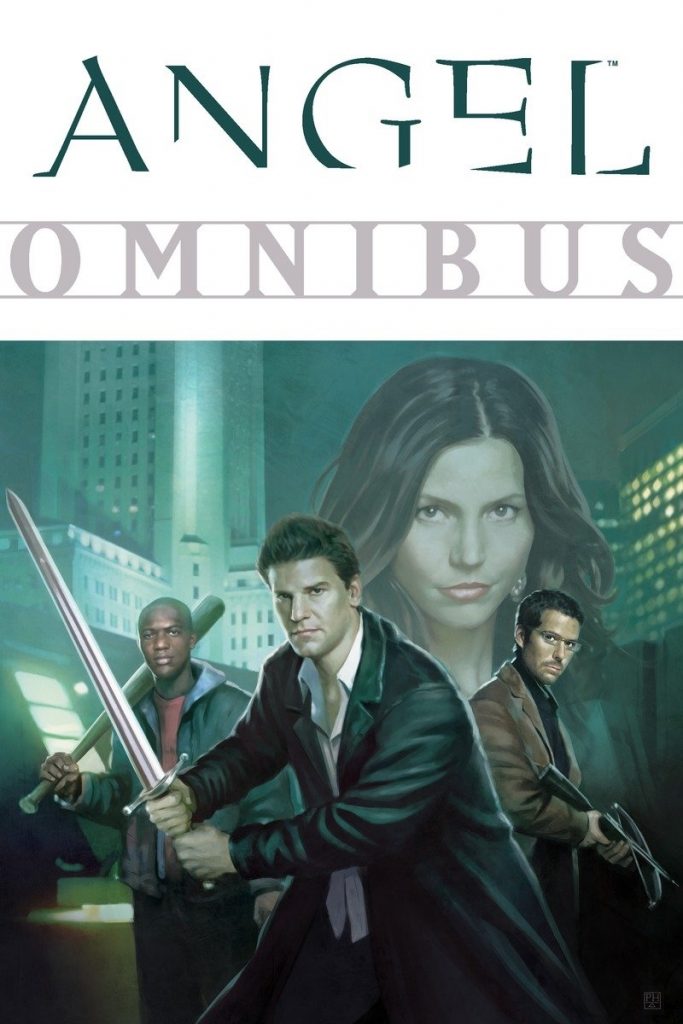 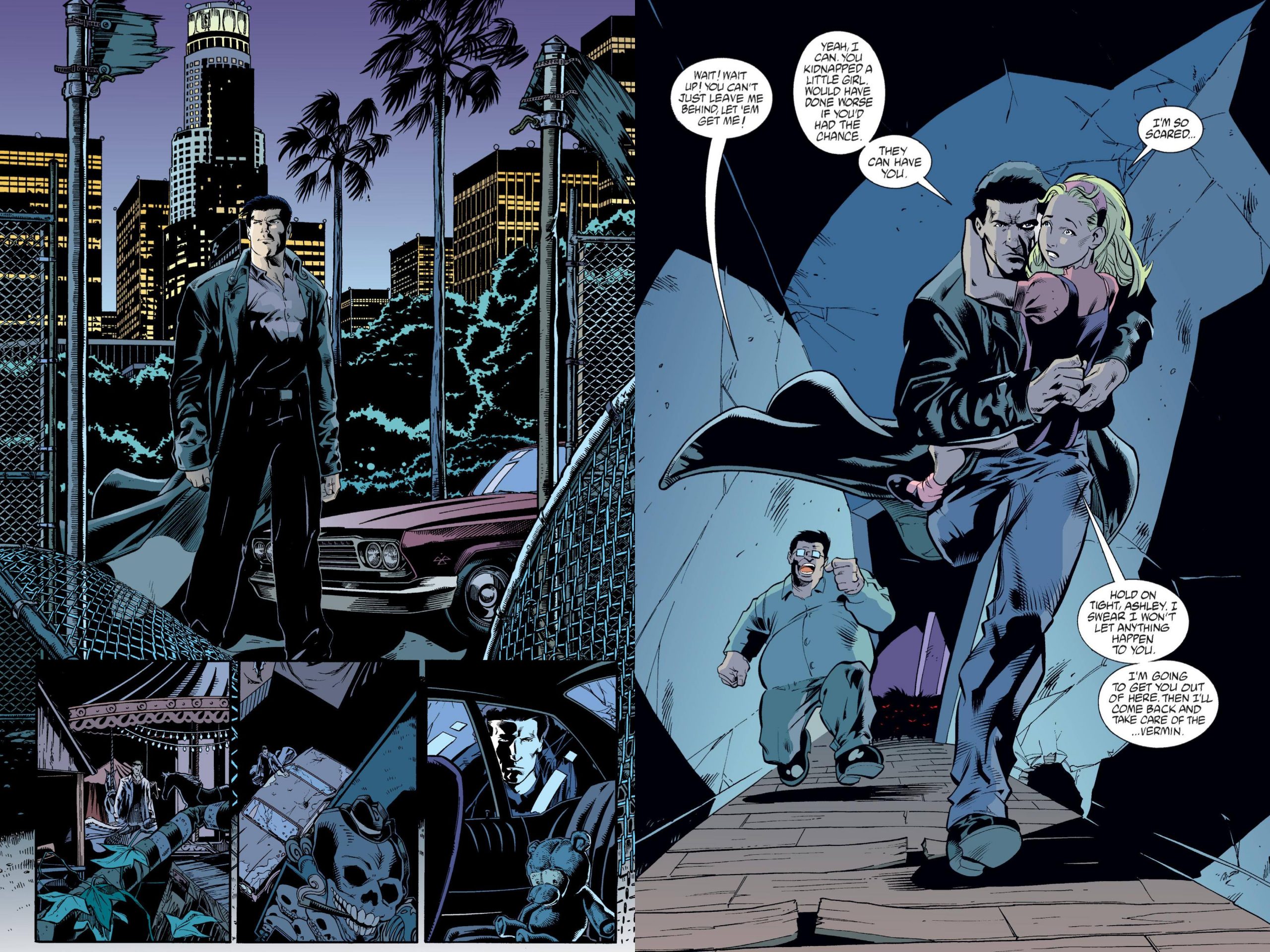 The vampire turned vampire hunter Angel was popular enough as a supporting character in Buffy the Vampire Slayer to be promoted into his own TV show, and the material collected here was intended to connect with what was seen on screen. Trying to do that when the show was weekly and the comic monthly was a near impossible task, and editor Scott Allie’s introduction discusses why the material followiing possibly wasn’t all it could have been in that respect. Switching a major supporting character took the comic creators by surprise, and that’s particularly awkward. The show producers took some responsibility and the Omnibus concludes with Angel’s creator Joss Whedon and show writer Brett Matthews providing their vision over four chapters.

Almost all the remaining material is written by Christopher Golden, largely in combination with Tom Sniegoski. Angel has moved from Sunnydale to Los Angeles, starting a detective agency helping out with supernatural problems, taking Cordelia with him. The cast is first rounded off by Doyle, part demon and part human and prone to visions of danger, and later by Wes, scholar of the occult. The writers are good at providing the authentic voices of the TV cast through dialogue, although the downside of that is Cordelia being as irritating as she was on the show. Beyond that, the content varies, sometimes really surprisingly good, with ‘Beneath the Surface’ a taut thriller set in the Los Angeles sewers their highlight.

That’s partly down to the developing artwork of Eric Powell delivering some great atmosphere, and a treat of this Omnibus is seeing his progress from a competent, but undistinguished beginning, gradually adding more elements of what would become his definitive style. His best art makes the most of a disused fairground, where the trappings suit his strengths. The other primary artist Christian Zanier also improves, his opening effort being substandard and his closing more standard, but without any effort in filling backgrounds or supplying detail. The sample spread supplies an Angel pin-up from each artist. Ryan Sook’s few pages are gorgeous, and Brian Horton illustrates a single story, producing some nice, lumpy demons.

Hands down the best content is that by Matthews and Whedon. As TV writers they think more visually, while Mel Rubi draws some fantastic action sequences and comes up with impressive designs for the threats. They introduce some neat twists and there’s a new revelation and a hanging question about Angel’s transformation.

For greater detail about individual stories follow the links to the paperback volumes Autumnal, Earthly Possessions, Hunting Ground, Long Night’s Journey, Strange Bedfellows and Surrogates. The only story not to feature in those is a short by Allie and Powell about the effects of a strange Nepalese mask. It’s whimsical and Powell’s design for the mask is neat, but overall filler rather than memorable. This content has since been spread over Book One and Book Two of Angel: Legacy Edition.