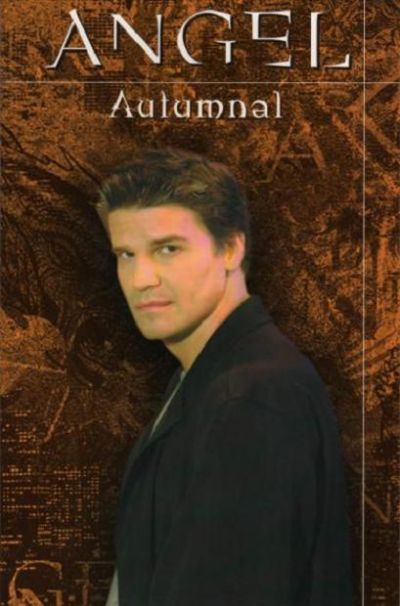 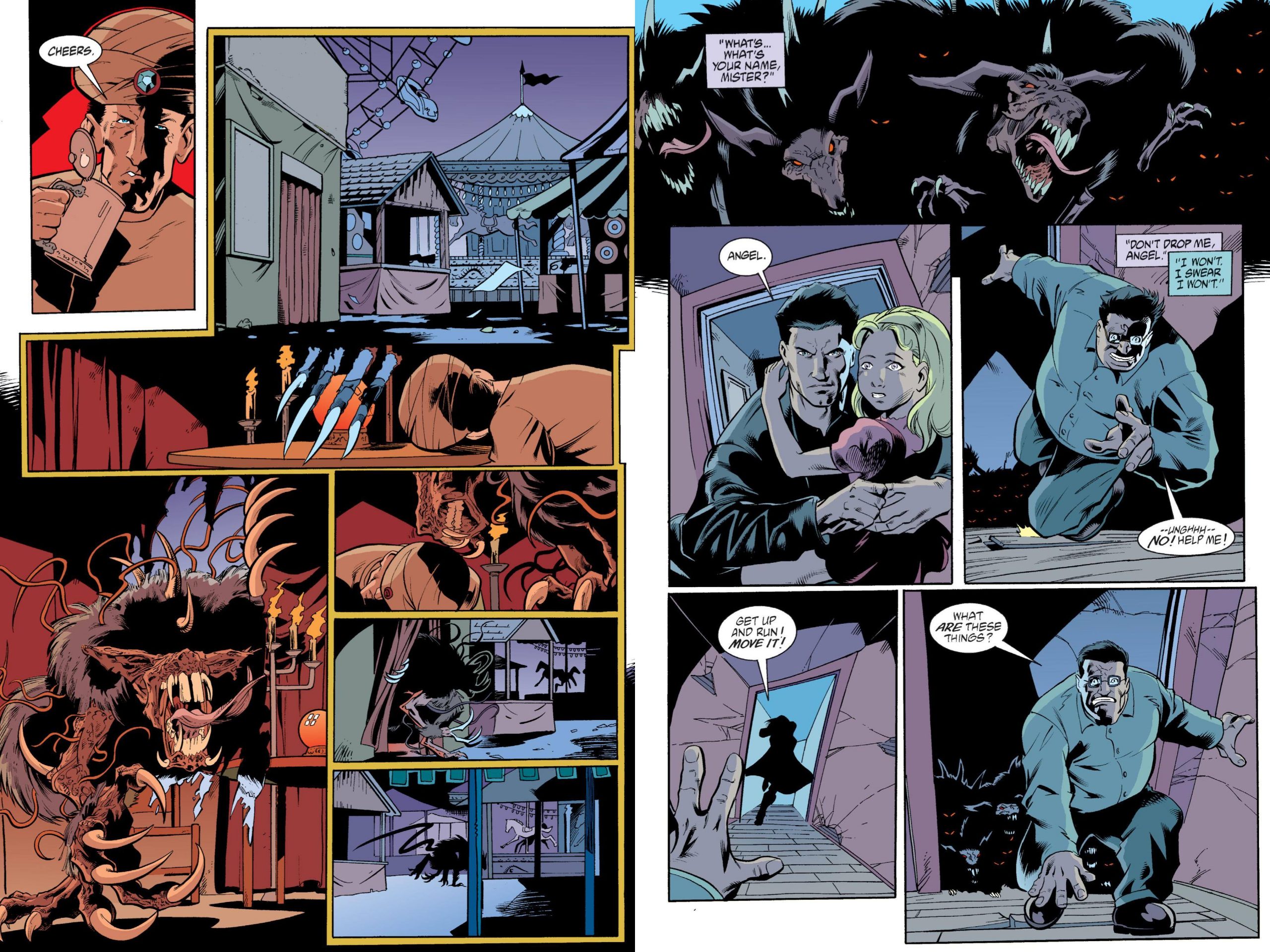 During the course of working on the Angel series Eric Powell grew as an artist in leaps and bounds, awkward to begin with in a story found in Strange Bedfellows. His contribution to Autumnal was drawn a year later, by which point he was letting the black shadows flow in and had almost settled on the exaggerated cartooning that works so stylishly for him. He makes the most of an old carnival setting, in which the tent canvas flaps, the skull motifs abound and the rats peer from the shadows. The difference when Christian Zanier takes over halfway through is immense. Zanier’s not producing poor artwork, but applies nowhere near the same effort to either detail or atmosphere.

That longer story is titled ‘Vermin’ and the writing team of Christopher Golden and Tom Sniegoski provide a pack of demonic rats as the primary threat. It’s a nicely balanced piece, establishing the threat of the rats before switching to the gang of kidnappers who’ve chosen a disused fairground as the ideal hideout. We know what’s coming, but they don’t. While it enables Powell’s lovely period pages, the idea of Angel hating rats and having done so for a century is under-developed, frequently mentioned in passing, but given no substance.

As the title suggests, a little girl is also a primary character in ‘Little Girl Lost’, which begins with the mystery of numerous people in the Los Angeles area spontaneously combusting. We discover early on why that is, and it provides a viable threat for Angel. Powell again draws, but whereas he poured the love into his earlier piece, this is far more workmanlike, seeming as if drawn in a hurry. It’s not sloppy, just ordinary. So is the story. The plot is decent idea, but it never sparks into life as it should.

This concludes Golden and Sniegoski’s work on Angel, at least as a solo act, as they team him with Buffy in Past Lives. The second Angel Legacy Edition features that along with Autumnal‘s content, but the Buffy team-up is missing from the Angel Omnibus. Next is Long Night’s Journey, which has Angel’s co-creator Joss Whedon involved. 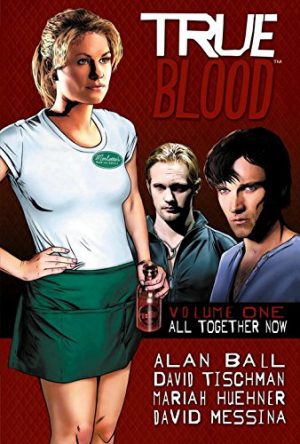 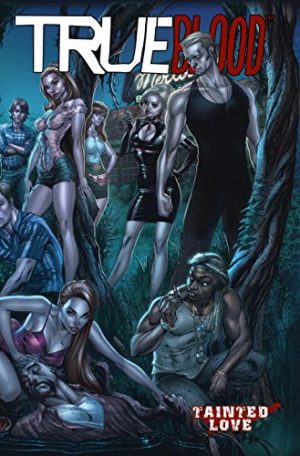 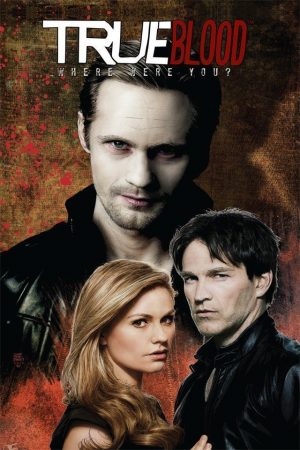 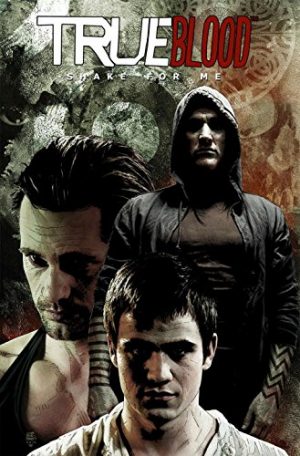