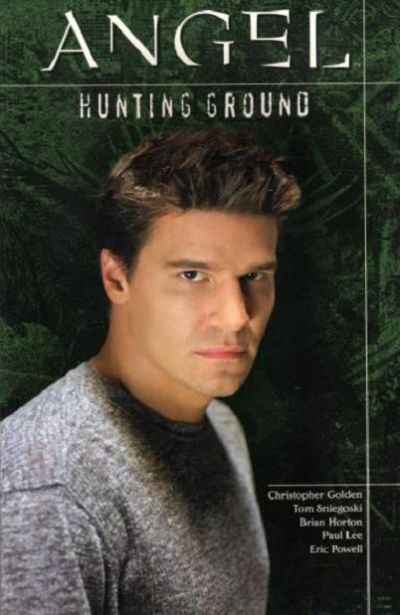 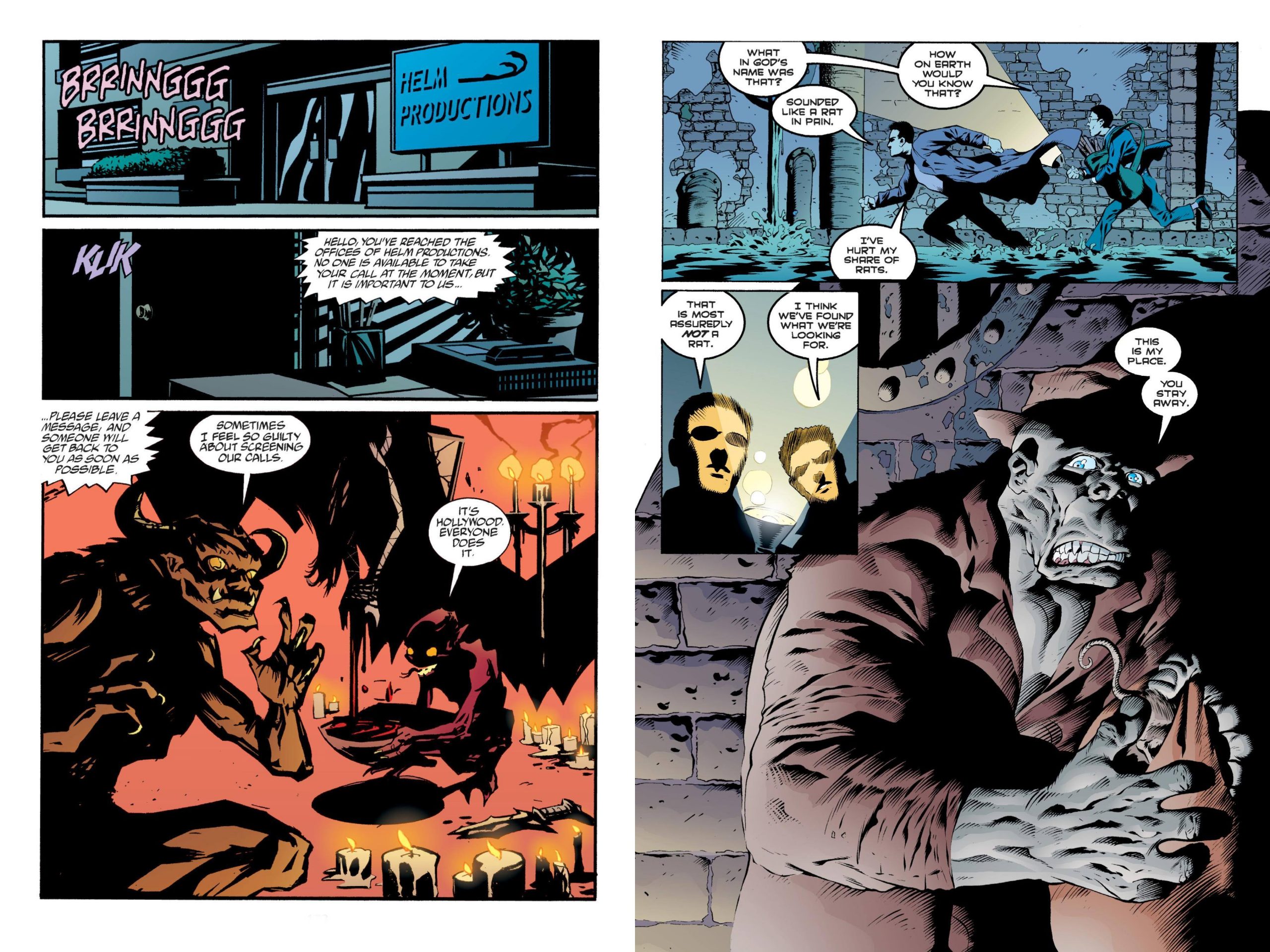 In attempting to keep pace with the first season of the Angel TV series, Earthly Possessions featured the awkward removal of a cast member, present in one chapter and missing the next. Hunting Ground features the introduction of Wesley Wyndham-Price to the comics, a character more definitively removed from Angel’s personality by being a member of the Watcher’s Council, the organisation that guides and advises vampire slayers and sources supernatural threats.

Christopher Golden and Tom Sniegoski write both features, starting with the title story in which aspiring actress Cordelia is finally offered a film role. It’s a horror movie in which she’ll be the lead, featured in almost every scene. The Blair Witch Project is an obvious inspiration, and the writers put Cordelia through a similar hell. As seen by the sample art, Brian Horton draws some fantastic demons, and he’s good, if a little stiff with the cast likenesses. It’s a lot of fun.

‘Beneath the Surface’ sees Eric Powell’s art begin to move far closer to the shadowy exaggeration he uses so successfully on The Goon. The story locations help with that, as the Los Angeles sewers are seen a lot, and Powell’s demons are also great. It’s a smart use of the TV cast, with police detective Kate Lockley having her largest role to date in the graphic novels, and also prioritises a sentimental melancholy. It’s a highlight of Dark Horse’s Angel series. Strange Bedfellows is next.

As later acknowledged, not always through their own fault, the first run of Dark Horse Angel graphic novels weren’t all they could have been. It leaves Hunting Ground standing atop the quality pile, true to the show and a lot of fun. Alternatively, it’s combined with the remainder of Golden and Sniegoski’s work in the Angel Omnibus, or with the content of three other Angel graphic novels in the first of two Legacy Editions.