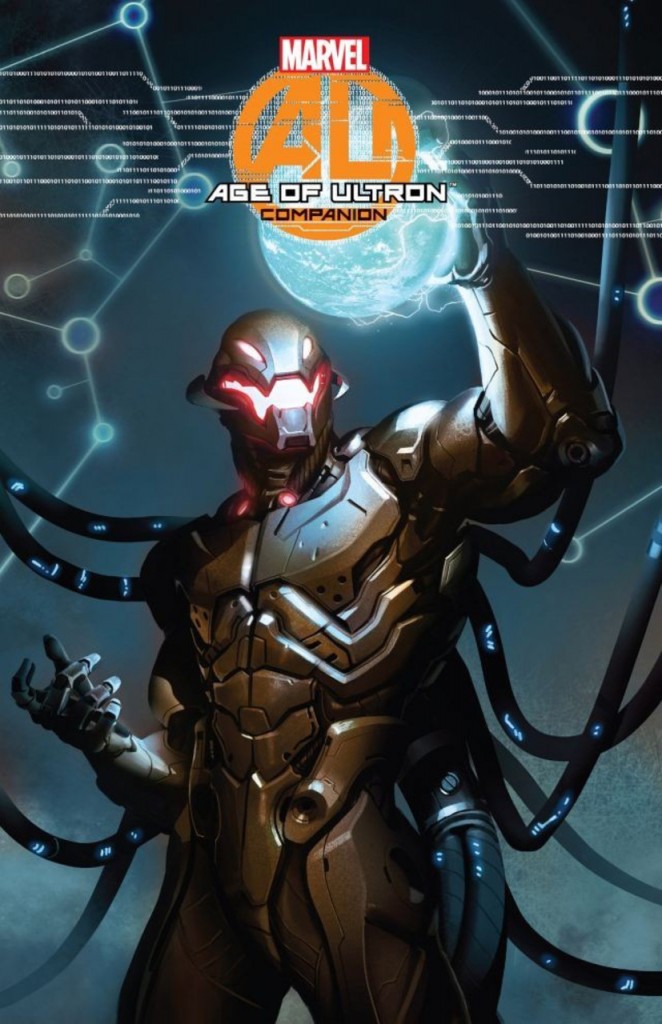 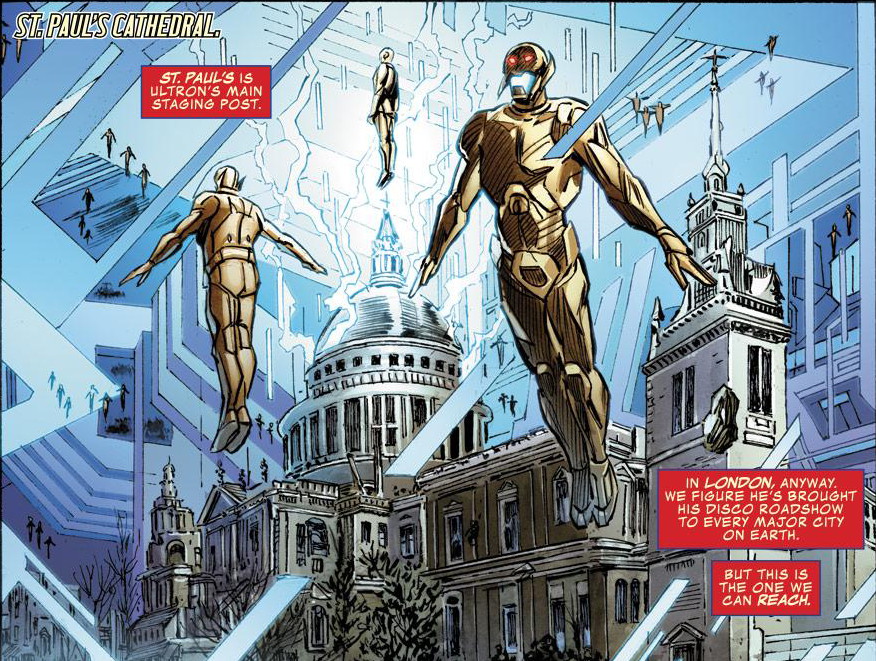 This collects a selection of stories from across Marvel’s output set during the Age of Ultron, when the artificial intelligence that’s plagued the Avengers somehow reached back from the future to establish dominion over the present day.

Al Ewing writes two well-conceived stories focusing on individual Avengers. The Black Widow is meeting some friends as Ultron’s influence begins to occur, and she rapidly adapts to the horrifying situation. Captain Marvel is in London, so teams with Captain Britain and Computer Graham. Not heard of him? He’s Ewing’s creation, able to enter computer games, but here more valuable. Both are nicely drawn by Butch Guice in the naturalistic style he’s honed to perfection.

Rick Remender cleverly ties his Avengers contribution into the plots he had running in Uncanny Avengers, which were already dealing with the manipulation of timelines. Gerry Duggan supplies dialogue, and Adam Kubert draws up a storm.

The heart of Matt Fraction’s Fantastic Four tale is a pre-recorded message playing out to Franklin and Valeria Richards in the event the FF don’t make it back from a mission. It’s beautifully played spliced by a desperate battle against Ultron’s limitless forces. André Lima Araújo’s delicate art provides the necessary emotional stimulus.

Araújo also illustrates Mark Waid’s spotlight on Hank Pym’s youth and early career, included here despite also being tacked on to the end of the parent collection. The prevailing optimism is knowingly played up for those aware of how Pym’s career would progress.

Matt Kindt’s Wolverine story ties in more directly with the main story, around chapter six, as Wolverine and Susan Richards decide to confront Hank Pym, Ultron’s creator. There are pivotal events played out for both characters, making this rather more than a tie-in, and the ambition is admirable. Paco Medina supplies solid straightforward superhero art.

The remainder of the material drops down to standard, competent, but unremarkable.

Further into the Age of Ultron continuity a very different world develops where magic is the primary power source, not technology. Cullen Bunn uses this scenario for a tale of deception involving some Marvel heavy hitters. Phil Jimenez illustrates in his superhero style.

The Age of Ultron occurred with Doctor Octopus masquerading as Spider-Man, and there’s a lesson in humility provided by Christos Gage and Dexter Soy.

It’s rare that the tie-ins surpass the parent project, but that’s what occurs here with the Avengers and Fantastic Four material. They have a warmth and logic absent from Age of Ultron, and the FF and Black Widow stories contain disclosures that enrich the characters. They aren’t so stunning that they repay the purchase price alone, but with a ratio of two-thirds good to one-third ordinary the Age of Ultron Companion is worth picking up if found at well below cover price.