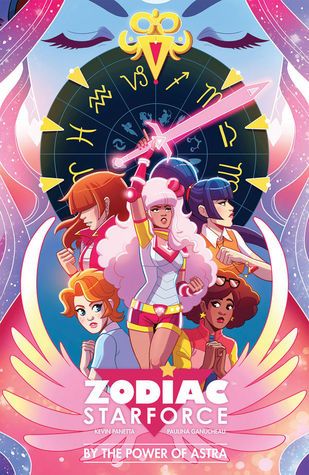 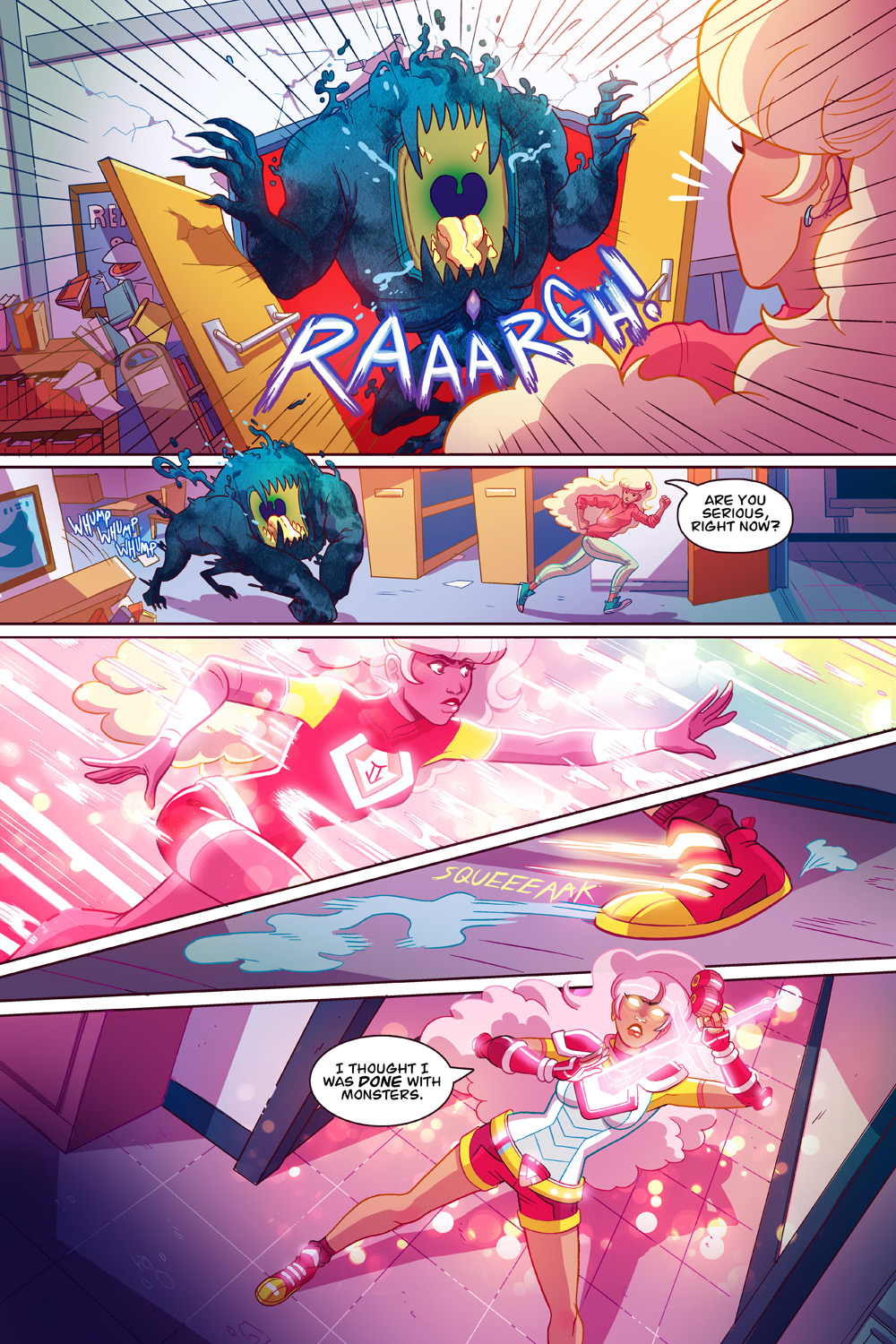 Noting the preponderance of pink on the cover immediately suggests Zodiac Starforce is a graphic novel aimed at young girls. Are the assumptions of Western cultural stereotypes completely shatterered? Ah, well.

The alternative view would be that Kevin Panetta and Paulina Ganucheau have crafted a skilled young adult storyline, and if a preponderance of pink pushes it toward its core audience that’s no bad thing.

There’s an immediate hook. Panetta starts the book not with a team of super powered girls in their heyday, but two years after they’ve saved the world, at tragic cost, and are retired at sixteen. Kim’s never accepted that. Magical monsters remain a threat and there’s a new problem as it seems that the school’s Queen Bee and volleyball captain is even nastier than her introduction as the most gratuitously unpleasant girl in the school.

While the superpowers form a backdrop to Zodiac Starforce, the emphasis is very much on the personalities involved. Each of the four team members have a distinct character beyond their very different appearances, and their interaction as friends is paramount. With its premise of high school students being the world’s defence against the supernatural Buffy the Vampire Slayer is the template, but via his characterisation Panetta ensures there’s a difference.

Ganucheau’s art is a fusion of manga style exaggerated figures with a more American approach to storytelling and a colouring style that’s deliberately bright, stopping just shy of being hallucinogenic, almost entirely dropping the idea of light and shade.

Panetta has a long term approach to the bigger picture. It sometimes appears he’s desperate to tick every box on the genetic variety scale, but there’s enough in By the Power of Astra to provide teenage girls with an engrossing read, while much remains to be revealed in future graphic novels. Why, for instance, if the girls have powers based on the Zodiac signs are there only four of them? Their origin and past isn’t spelled out either, and Panetta scatters enough hints that their benefactor may not be as benign as the team members believe.

Back-up features show the transformation of the girls from their earliest incarnation, reprint promotional web and minicomics and offer the thoughts of the creators regarding designs and story items. Don’t read this section before the book.

Bright, sassy and engrossing for the intended age group, Zodiac Starforce ought to have a bright future. It certainly has a vivid present. 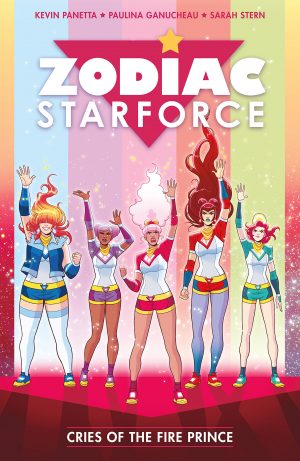