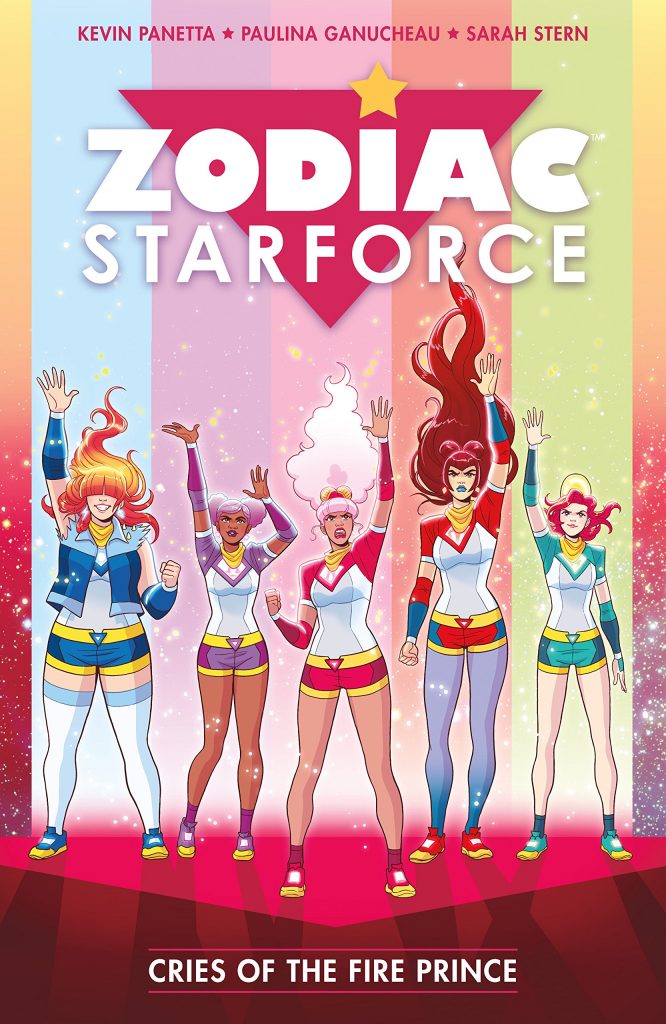 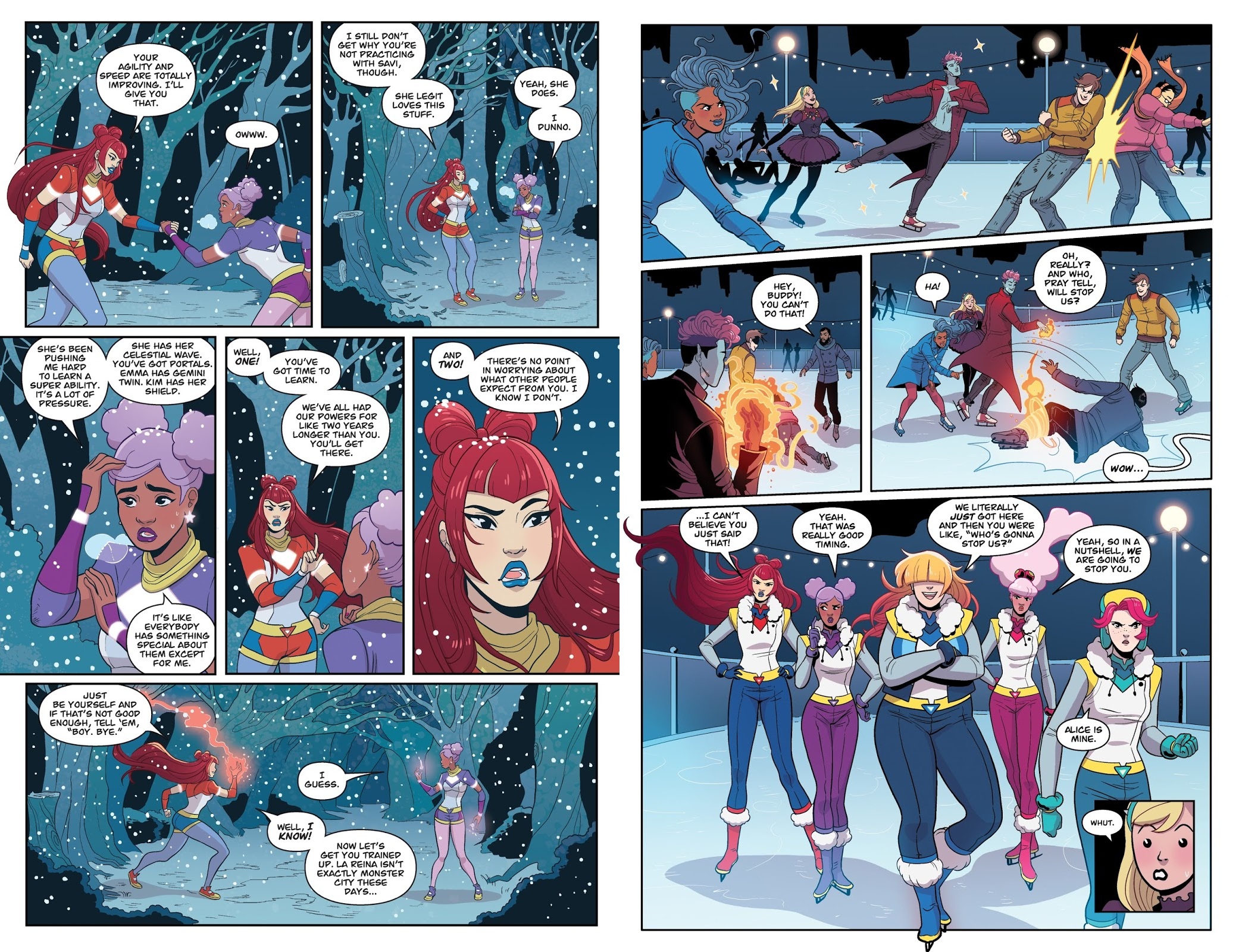 By the Power of Astra introduced a bunch of disillusioned teenage girls. They’d acquired super powers, saved the world, and retired at sixteen. That changes when a mystical force from another dimension forces them back into action. Each of them has powers based on a sign of the Zodiac, hence the title. Then there’s also Alice, a bundle of malevolence who once had powers, and wants them back again. It doesn’t quite work that way, but the alternative may be every bit as good. Elsewhere, Libra, Zodiac Starforce’s newest member is frustrated that her powers are taking their time to manifest.

Kevin Panetta and Paulina Ganucheau turned out a skilful young adult drama first time out, and repeat the formula successfully with Cries of the Fire Prince. The reason the writing works is that Panetta has considered the relationship between the characters, and constructed his plot to bring this out. Much of the first book focussed on team leader Emma, yet because that job’s now been done, her participation is minimal (although well conceived), and the concerns of others move up the agenda. Kim wants to be a wrestler, for instance, not a career path finding favour with her father. That she’s considering a job also subtly accentuates the primary cast are now slightly older.

Ganucheau’s cartooning works well with the scripts. Ostensibly producing clean, simple figures, she’s exceptional with expressions. We know what people are thinking even if there’s no word balloon. As previously, there’s little in the way of shade, and it reduces the sinister aspects of the script somewhat, ensuring it retains the young adult rating.

It may have occurred that for a team whose powers are related to the Zodiac it’s strange that there are only five of them. That anomaly’s emphatically answered, but brings its own questions with it, while most of the book is spent dealing with what Alice has unleashed. As before, the book looks good, drops enough surprises to turn the pages, and a shock ending ensures you’ll be back for the next instalment.