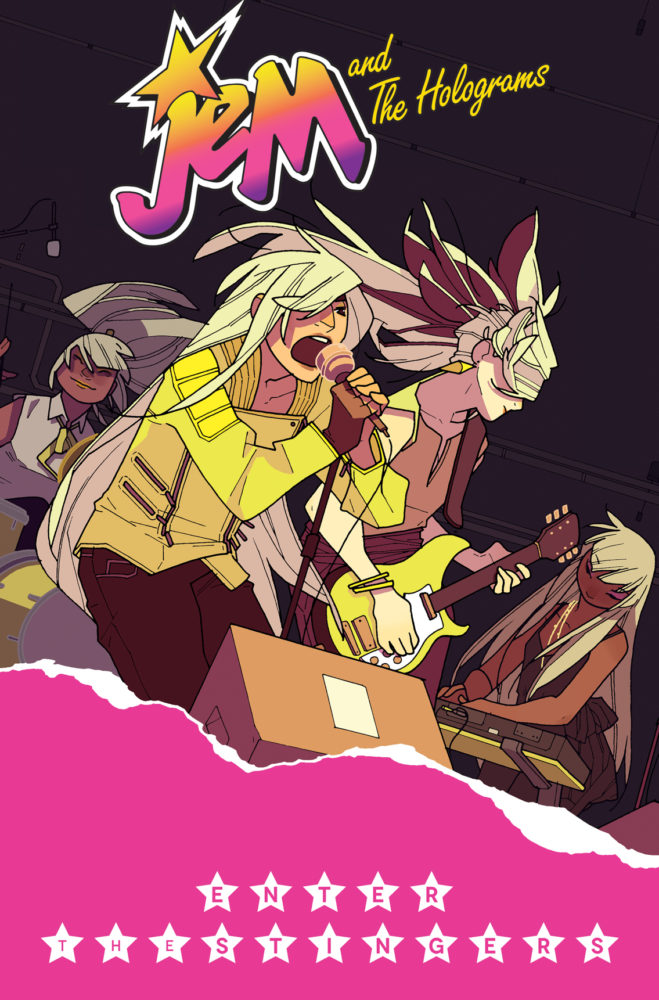 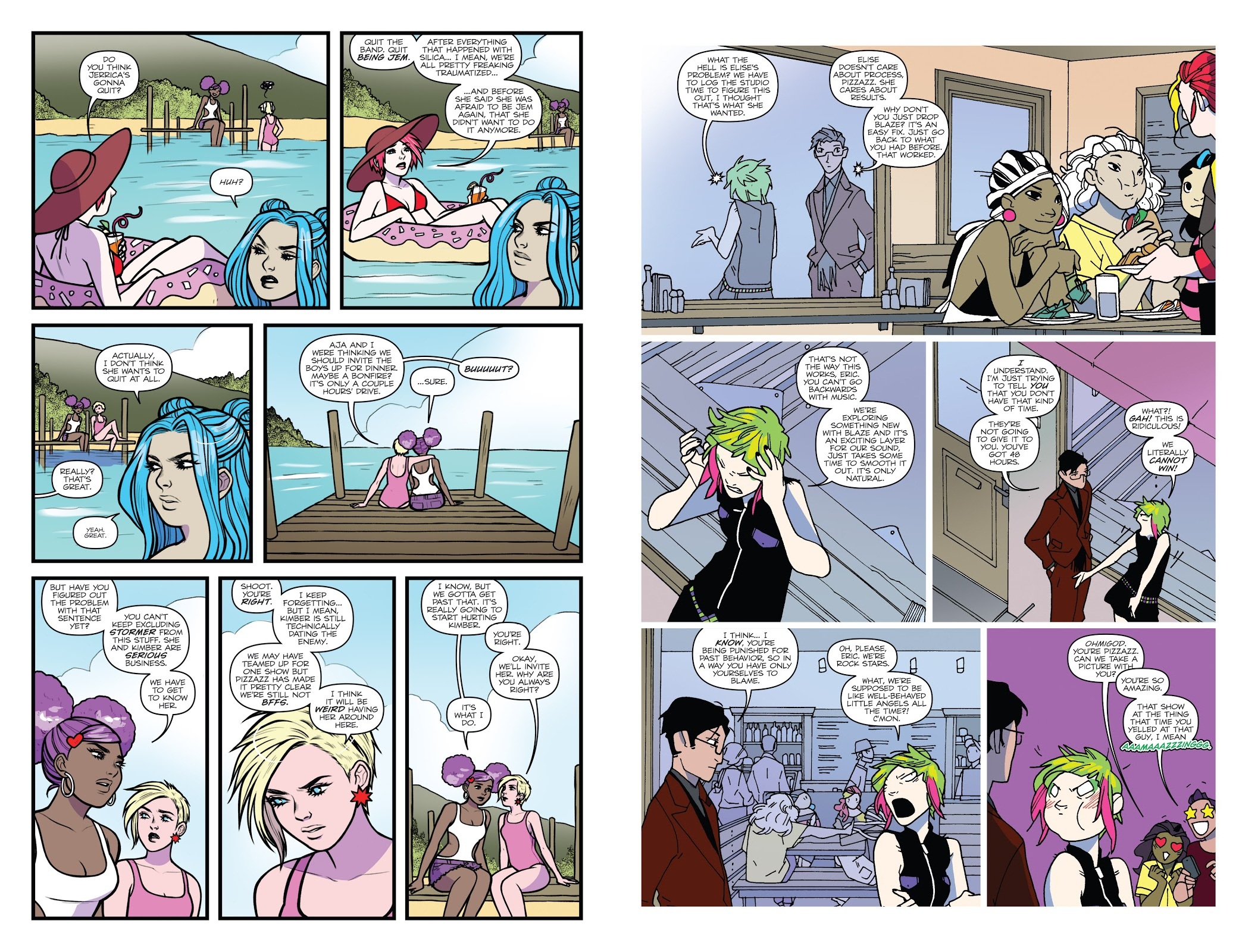 After the events of Dark Jem, all should be good in the worlds of both Jem and the Holograms and the Misfits, but as this is melodrama, of course that’s not the case. Jerrica has been hiding as her holographic on-stage persona Jem, but Kimber’s becoming very close with the Misfits’ Stormer, so how long will be before someone else is in on the secret? Jerrica’s also wondering if she can keep it herself now that her relationship with reporter Rio is deepening. He’s looked out for the band in the past, but this is one hell of a story. Can he be trusted? And if he discovers and she hasn’t told him, what will it do for their relationship?

That’s already a fine melodramatic stew Kelly Thompson has on the boil. It’s all from the opening chapter, and doesn’t take into account Shana’s unspoken issue, which manifests in the second. Shana’s problems are well thought out, and take her to a different place, which is good. At one point she was the forgotten cast member, but Thompson follows her throughout a separation from the Holograms, and her plot at times is more interesting than theirs. Thompson then just keeps cranking up the tension by introducing one further problem after another, broadening the cast as she does so by introducing the Stingers, a very promising European band newly moved to California. Because the troubles come so thick, so fast and so continually, Enter the Stingers drops the sense of near-realism, at least when it comes to the human interactions, that’s characterised this run of Jem and the Holograms. No sooner has one problem been patched up than another replaces it, and the introduction of another set of talented and manipulative figures means there’s some short changing on the regular cast, some of whom receive very little attention. It’s also the case that some plot points are pretty well telegraphed

Two new artists start on Jem, with Jen Bartel on the opening two episodes. She’s not too far removed from Sophie Campbell’s style, although tends to view her cast from a distance, and there are stiff figures, but her musical interludes are good. Meredith McClaren on the title story is an entirely different proposition, and not one in tune with the look of the series to this point. Her long figures are super-thin, faces are stretched, and her storytelling is eccentric, shaving the sides off cars as a visual effect, and underselling what’s supposed to be a gag about Jem transforming back into Jerrica. That’s minor, but when there’s a major danger near the end of the book, she’s weak with that as well. And, there’s no way around it, the formerly glamorous cast now look plain ugly, apart from which, when everyone’s in the same area it’s difficult to tell them apart. It’s a plummet in quality.

Life is never easy for the Holograms, and although one problem has been neatly solved, and another dastardly plan from the Misfits foiled, the final page introduces another big drama. We’ll see how that plays out in Truly Outrageous, the series finale.