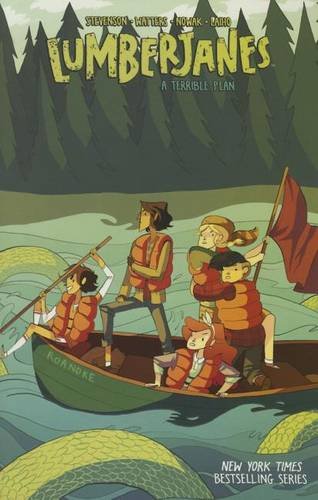 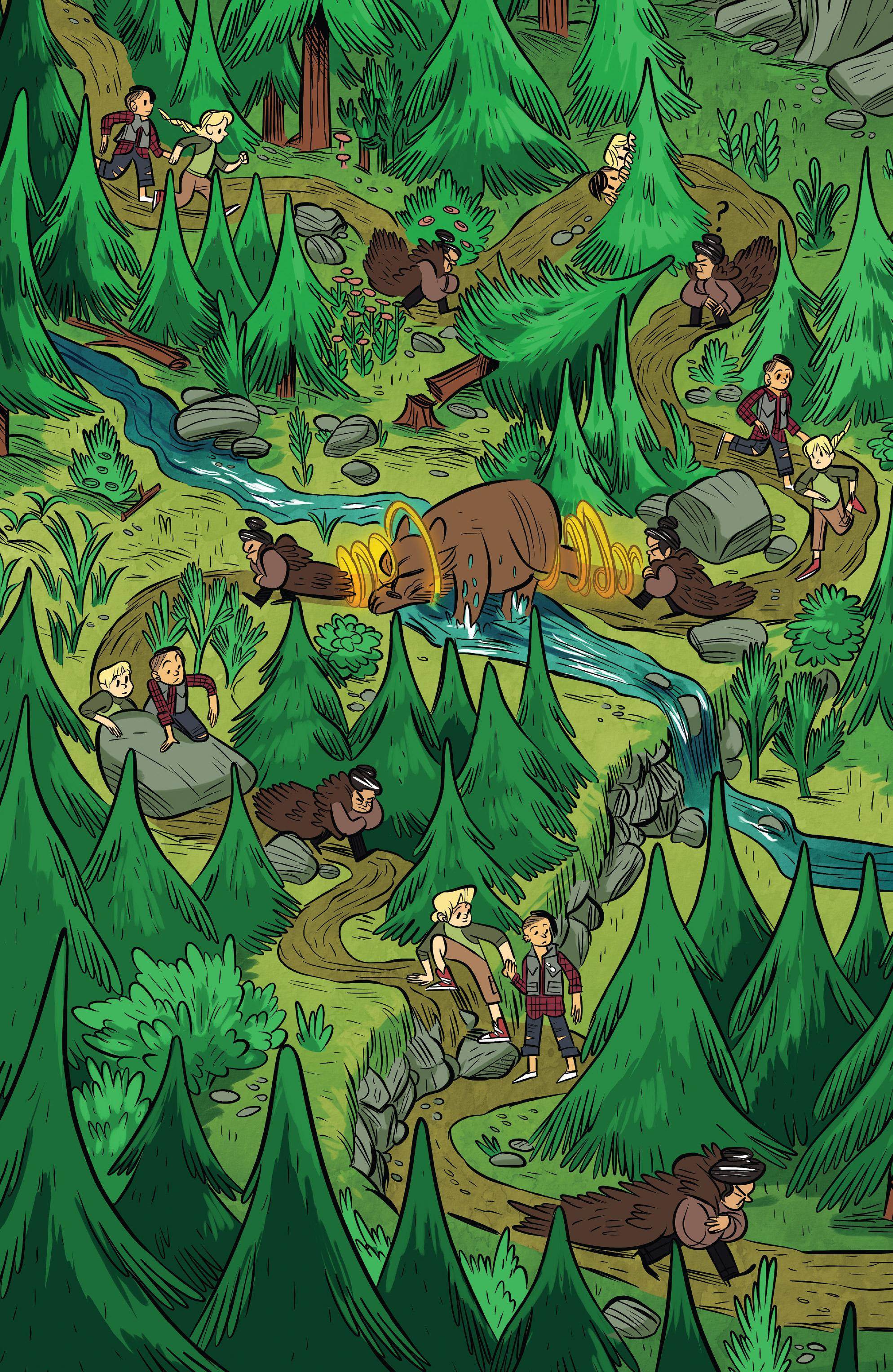 Until now all Lumberjanes stories have been written by the team of Noelle Stevenson and Grace Ellis, and illustrated by Brooke Allen, but the opening episode of this book sees a sea change over a bunch of campfire stories. Stevenson writes the entire book with Shannon Watters, credited in each book to date as the feature’s co-creator, but yet to contribute as a writer, while assorted guest artists draw the opening episode’s short pieces. Faith Erin Hicks illustrates her own ‘Ghost Girl’ tale, Becca Tobin’s work is an acquired taste, Brittany Williams turns in framing sequences almost in Allen’s style, and the variety of the other artists isn’t as jarring as might be considered.

Among them is Carolyn Nowak, who draws the remainder of the book, varying her style from the campfire tales to approximate the busy cartoon brightness of Allen, who returns with the following Out of Time. An early Lumberjanes story had an old woman transforming into a bear, and when Mal and Molly spot her again they follow her, all the way to a traditional lost world with dinosaurs via a time portal. Meanwhile the other girls decide to earn all the more ordinary camp badges they’ve so far neglected. These provide the comedy interludes in an adventure that’s character defining for Mal and Molly, whose very different backgrounds provide no impediment to bonding. This is on an old-fashioned fantasy quest with a great prize worth braving even greater peril for.

The positive aspects of Lumberjanes have rightly earned praise, and more is due for it filling a needed gap in the market by promoting a capable all woman cast to a young adult audience. It priorities non-violent interaction, is good natured and on occasion inventive. It also repeatedly takes the most obvious path, can be a very rapid read due to chase sequences, offers no real depth to the cast while hinting at more, and the resolute cheer can be wearing. It makes Lumberjanes a series best sampled first before diving in headlong. Those with no concerns might want to head straight for the second harcover Lumberjanes to the Max, featuring both this and the following volume.