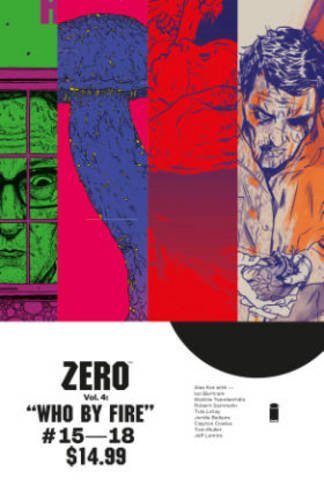 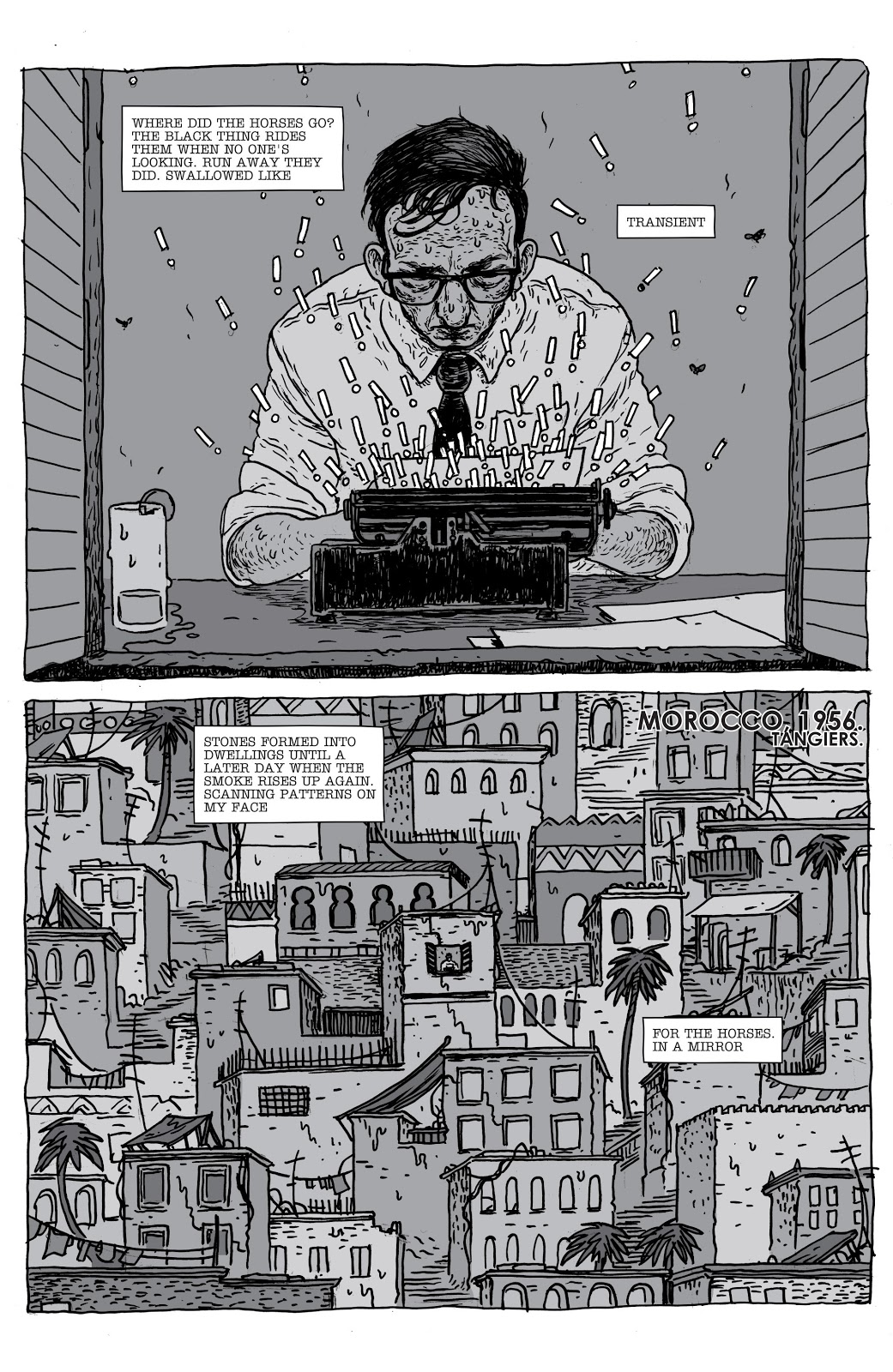 The title of Aleš Kot’s final volume cataloguing the adventures of superspy, Zero, Who By Fire, is borrowed from a Leonard Cohen song about the Hebrew Day of Atonement. This is the day when one must ultimately face one’s sins and be judged for them. Throughout Zero, Kot has confronted the reader with mankind’s primal sin, a dark tendency to war and ugly violence that has infected his nature and is transmitted from generation to generation, father to son. In the book, the writer embodies this war tendency in the form of a parasite, a bug that lodges within man and remoulds his destiny. Edward Zero, a boy made monstrous by war and trying to discover his humanity, is the avatar for Kot’s message and, while not exactly new, the message is a relevant and vital one for the third millennium. The series began with an aged Zero sitting on a cliff edge and this volume completes the spiritual path that led him to that destiny.

Zero has consistently experimented with narrative and often flouted or subverted convention. However, good as its component ideas are, this final volume surrenders coherent narrative entirely for convoluted, multistranded, Escheresque storytelling that will alienate some of the readership following Zero’s journey. Kot appears to have drunk the kool aid as he weaves together the story of Zero’s final days with multiversal musings, father and son bonding moments, a conversation with sentient spores that reshape reality, all alongside salient episodes from the lives of Beat writers, William Burroughs and Allen Ginsberg. To some, this will prove a work of transcendent genius; to others a disappointment that collapses under the weight of its own intellectual pretentions and opaqueness. If Kot’s goal was to challenge readers, then he succeeded. However, for those in pursuit of a complete, satisfying story providing closure, will find Who By Fire may not be the book for them.

Graphic novels no longer need to argue for their place in the ranks of “serious” literature. In recent times, writers like Grant Morrison and Warren Ellis have frequented the meta highways of storytelling, experimenting with narrative in challenging and postmodern ways to great success and acclaim. Kot is fishing in the same speculative waters as Morrison and Ellis, Burroughs and Ginsberg, but lacks the control and assuredness that exemplifies their work, flying too close to the sun. Who By Fire does possess sparks of genius and the terrific art by Ian Bertram, Stathis Tsemberlidis, Robert Sammelin and Tula Lotay deserves a wider showcase. However, Kot’s impenetrable and oblique story may lead him to seek atonement from some readers.