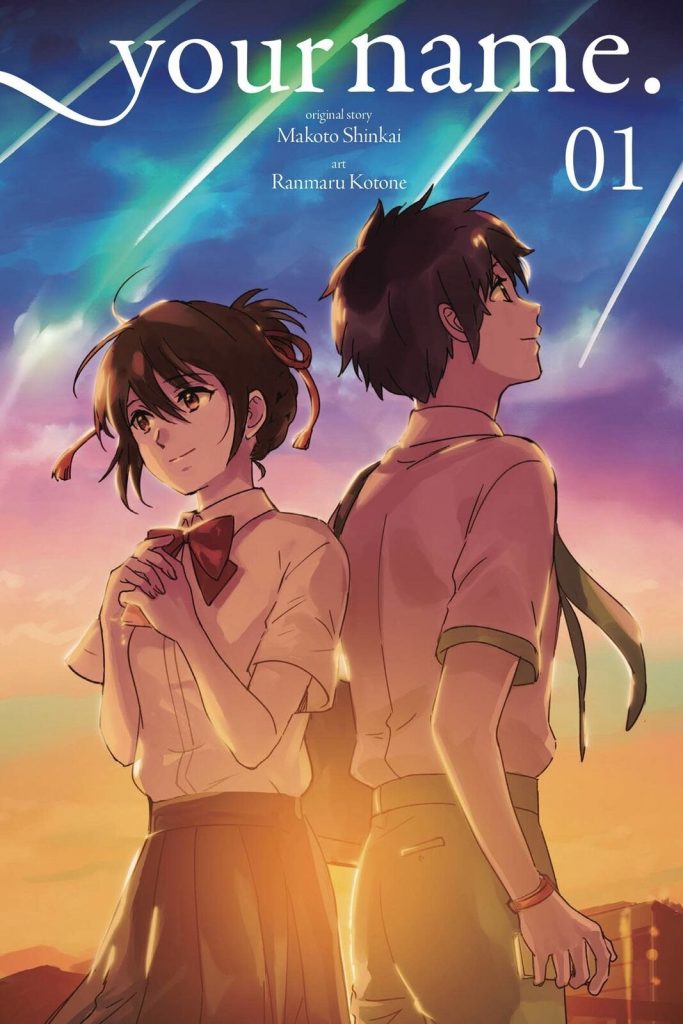 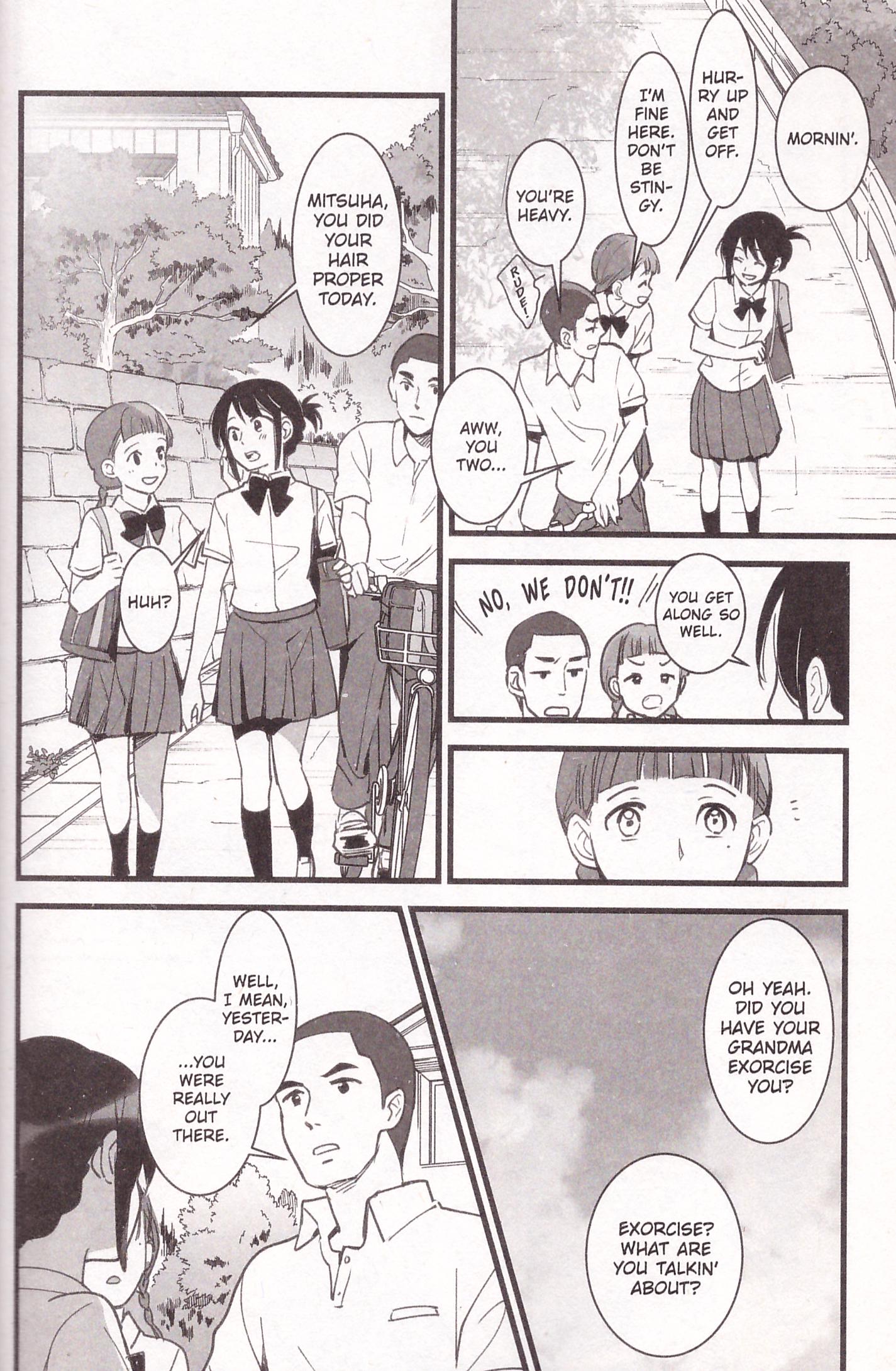 Teenage Mitsuha boldly declares that in her next life she wants to be a boy, one who lives in a big city free from the limitations of her rural, high school existence. We next see her waking up the following morning, but there’s a difference. It’s now a boy’s mind inhabiting her body. The narrative skips forward a day, and Mitsuha begins hearing from everyone how strangely she’d behaved the previous day. She can’t remember yesterday. Shortly after that she wakes up as a boy in Tokyo.

The Tokyo end of the deal is Naki, a high school kid who’s basically sound, but could do with some polishing up. He works part time in a restaurant where he and all his co-workers fancy the waitress, but he’s too much a boy to impress her, although he amazes Mitsuha’s sports class with his abilities when occupying her body. The transfers seem to happen on alternate days, and each leaves traces of their presence, Naki scribbling notes in Mitsuha’s class workbook, while she updates his phone diary. It’s Mitsuha who adapts to her new life more easily, having wished for it in the first place, and by the third chapter the pair have become used to the changes and are communicating with each other, each establishing a set of boundaries.

According to his Wikipedia page Makoto Shinkai’s animated film Your Name is the third highest-grossing anime of all time. It’s adapted by Ranmaru Kotone over nine chapters spread over three pocket sized paperback volumes in its English translation. It has a killer hook, two likeable, confused, characters, and gorgeous naturalistic art that sweeps off the pages.

The naturalism extends to the story as well, with aspects like Taki waking up as a teenage girl and constantly fondling his breasts, while in a good second chapter Mitsuha in his body brings him closer than he’s ever managed to the waitress Okudera simply by being nice. The comedy and awkwardness is natural, and we come to like both characters, while the whimsical elements are further endearing. It’s explained, for instance, that all records in Mitsuha’s town were destroyed two hundred years previously, so while the ceremonies have been passed down from generation to generation, no-one knows the meaning of the traditions.

This a heatwarming read, and a bombshell ending sets up Your Name. 02. 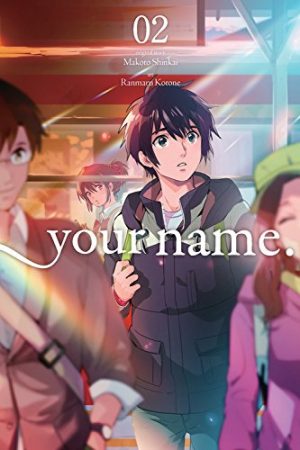 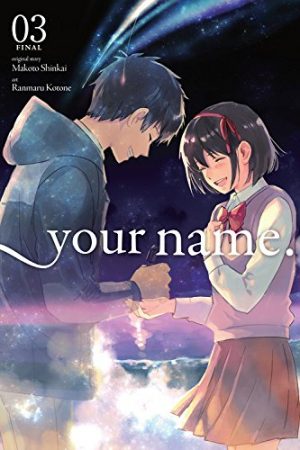