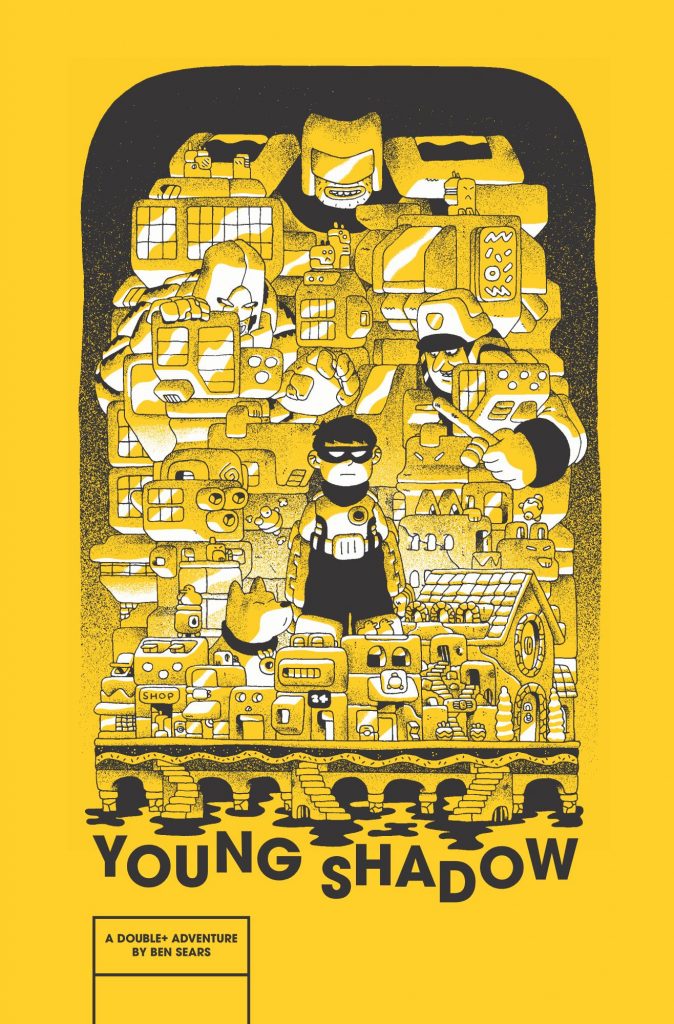 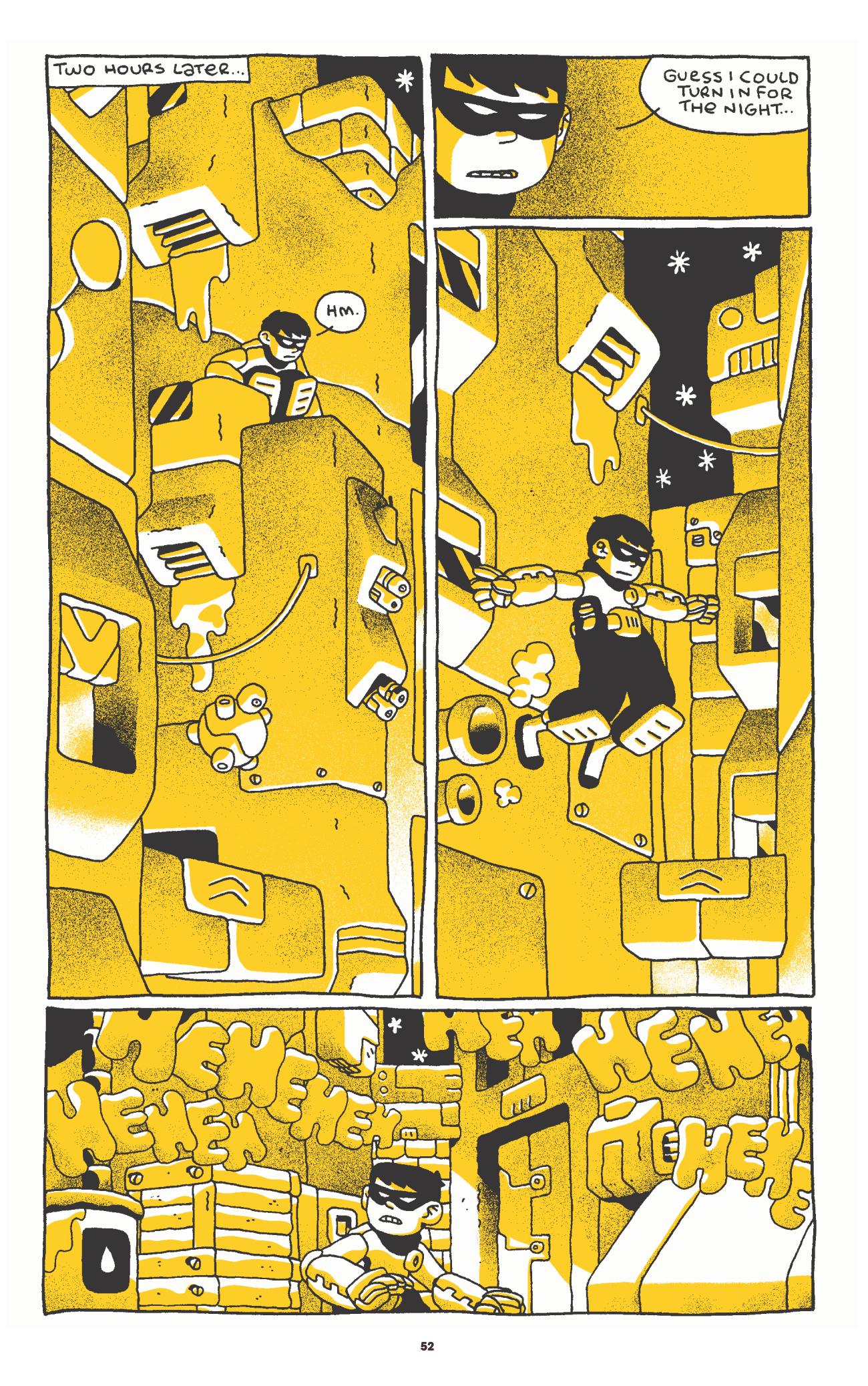 The Young Shadow is a masked crimefighter thoroughly embedded in his Bolt City neighbourhood. He’s known to everyone in the area, who talk to him about books while the kids invite him to their ghost story parties. As we see him going about his business over the first third of the book, Ben Sears establishes that Bolt City is corrupt to the core. No-one trusts the police, and with good reason.

Bright or muted yellow is used throughout a story occurring almost entirely at night, which feeds into an ethos of Sears subverting expectation. It’s a novel accompaniment to what if treated only slightly differently would be a noir crime drama. Because Sears seems to be aiming at a young adult audience, though, there’s a clarity about Young Shadow, with choices stark and clear. Police breaking into houses is wrong. Neglecting dogs is wrong. Dumping chemicals into rivers is wrong. It’s a form of illumination to match what the colour palette also achieves.

Sears further messes with what’s expected from a superhero drama by a using simple, blocky architecture suggesting another time and place, the locations unusual to our eyes and creatively designed. Sears sets the pace to ensure we experience these oddities and appreciate them, Young Shadow and his friends often seen among them from distance with Sears loving a catacomb, characterising Bolt City as somewhere different.

Young Shadow is simply told, but imaginatively and enjoyably, so should hit the target audience. Anyone wanting investigate Bolt City further can check out freebensears.com. 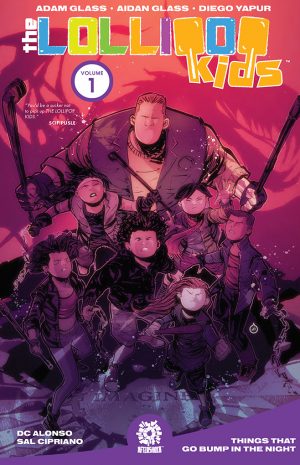