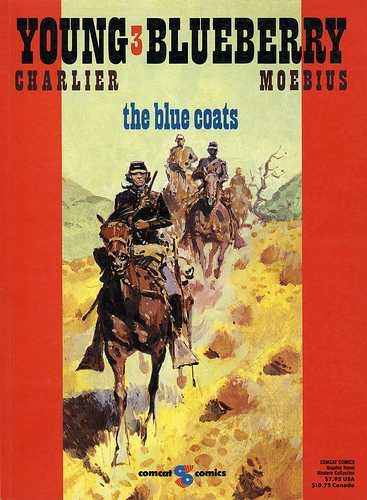 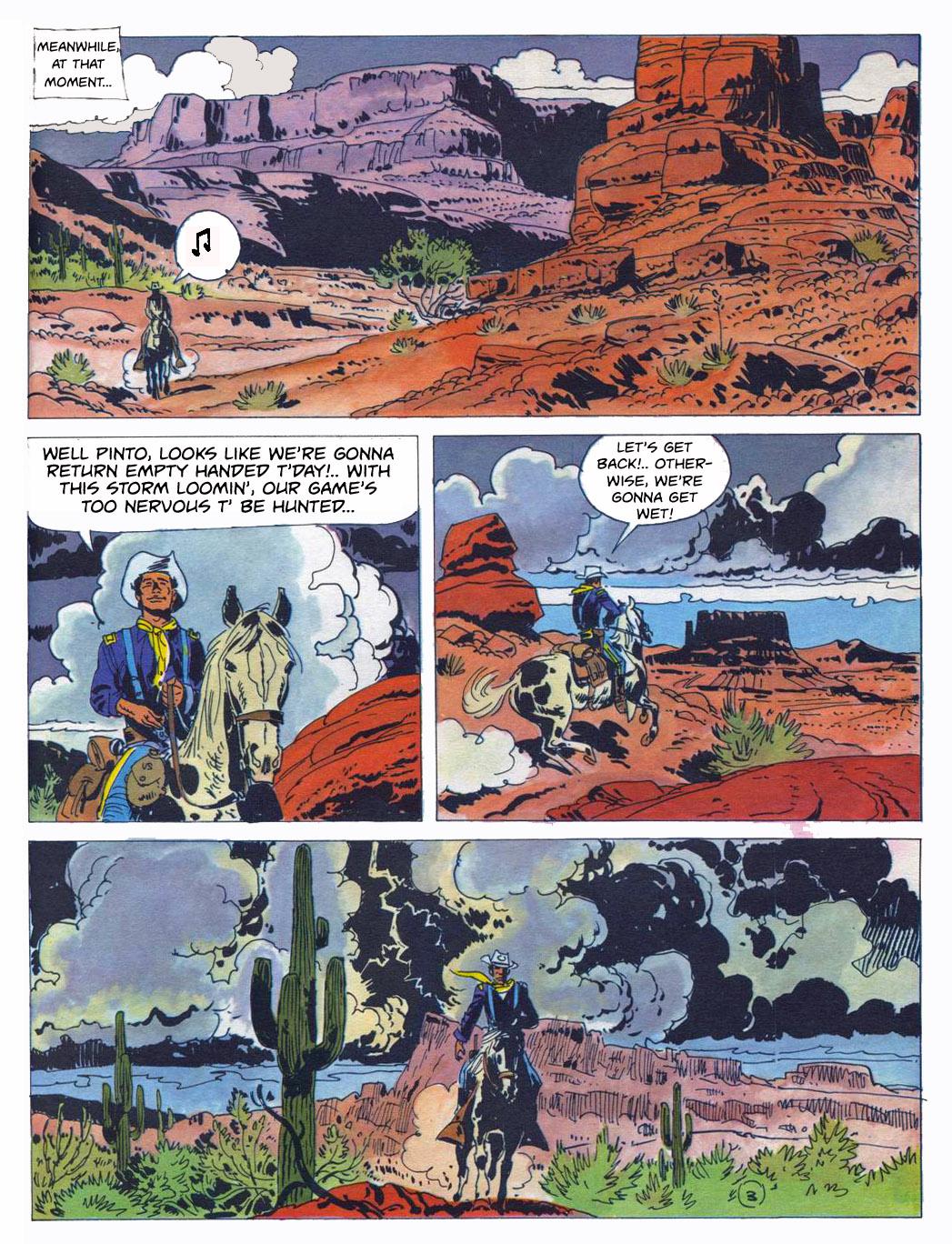 Although Young Blueberry was commissioned for younger readers, Jean-Michel Charlier’s storyteller’s instincts took over, and by The Blue Coats the plot has a familiar convoluted feel. Mike Donovan has been framed for murdering his beloved, and despite coming from Georgia, signed up with the Union forces during the American Civil War to hide, and took on the Blueberry name. However, after a series of adventures behind Confederate lines in A Yankee Named Blueberry he’s back with the Union troops and about to be shot again.

Because he’s splitting his story into short chapters, Charlier has to have resolutions within a dozen pages, so he invests more in melodrama than he does in the adult Blueberry series, and some plot developments have a distinct soap opera feel. That noted, there’s still plenty of invention, Charlier giving Blueberry’s escape plans an ambitious quality, and one that’s visually striking. We’ve also been gradually learning how the man seen in the first book became the more experienced Blueberry, and how he came by his distinctive broken nose is disclosed this time.

After a shaky start on the series Jean Giraud’s art is first rate, with well defined characters and scenery comparable with the detail of the main series. The sample page is from ‘Thunder on the Sierra’, a story also written by Giraud. He has a very different approach to Charlier’s all action plot and counter plot, giving his story some time to unwind. It’s a simple story, simply told, and because Giraud’s in charge of what he wants to draw we get some great locations and a looseness about the figures.

All three Young Blueberry books are long out of print, but were collected in a limited edition hardcover by Graphitti Designs, featuring a fair amount of background material, and definitely worth considering for the Giraud/Moebius completist. Alternatively, it won’t take anyone very long to track down digital copies. The parent series is far better all round, but there are nice moments in The Blue Coats, just not enough to warrant the high prices being asked for the 1990 edition.