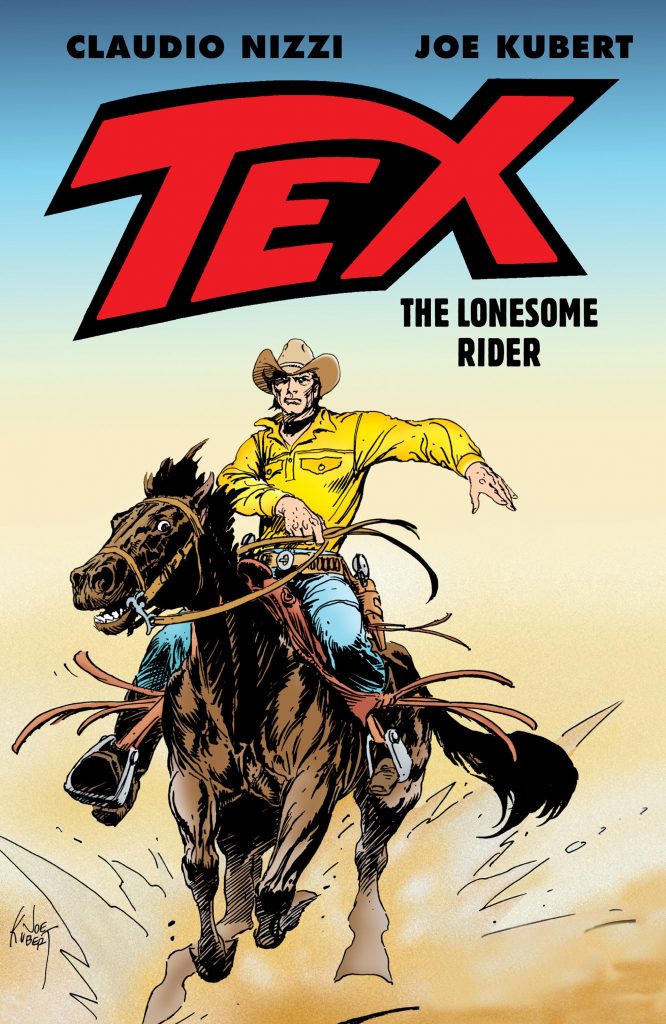 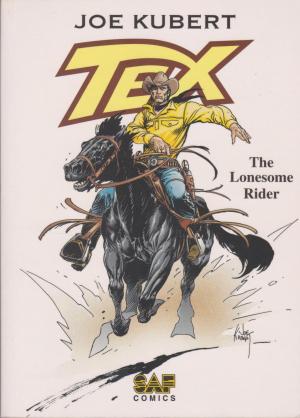 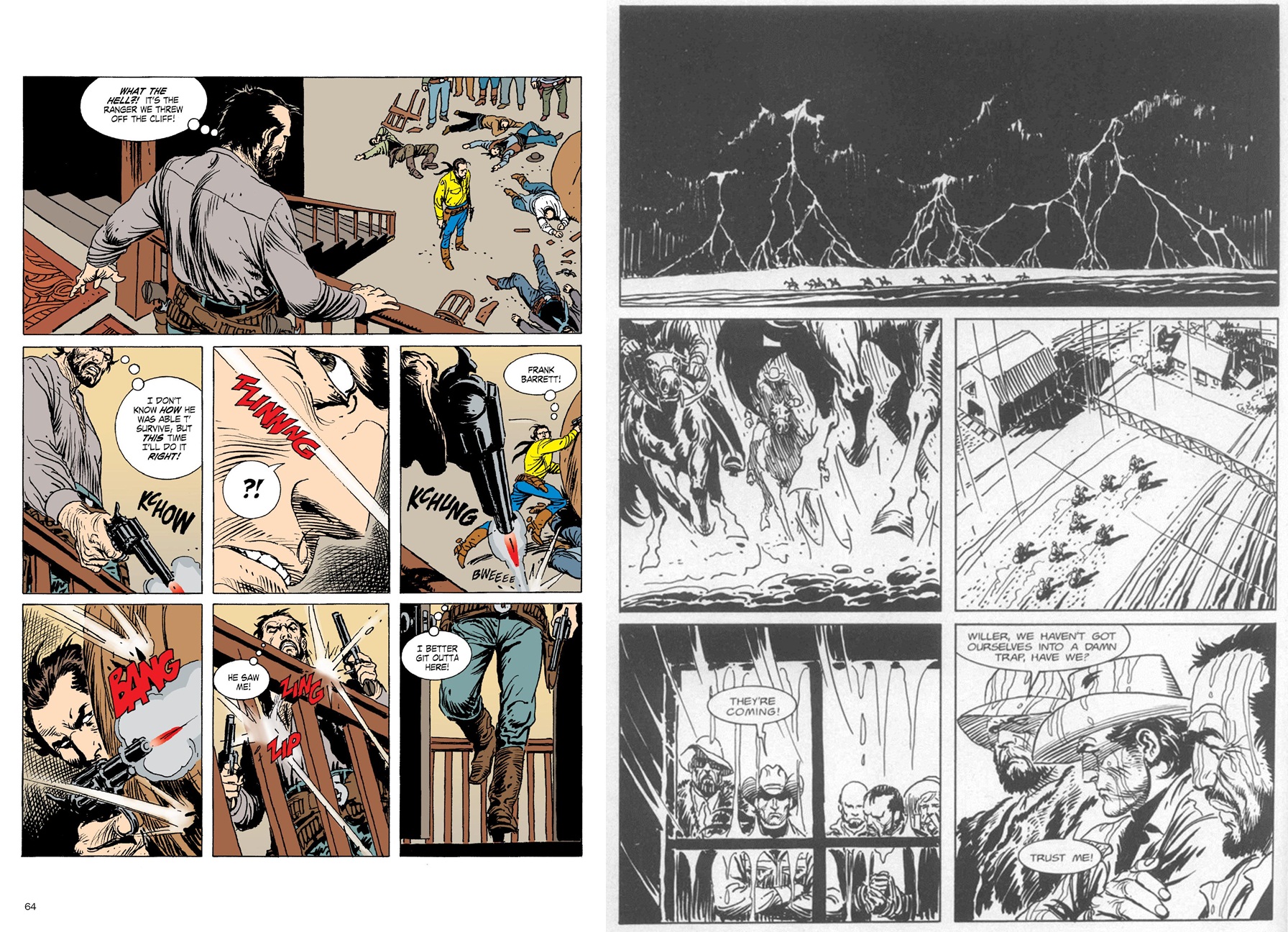 The Western is long dead as a genre in the USA, with the occasional Jonah Hex revival providing the twitching corpse. It had its heyday from the 1940s to the 1960s, when the clean cut hero in the white hat who knew right from wrong was swept away by a more cynical, knowing and compromised protagonist. Yet in Europe the genre is still loved. With his distinctive yellow shirt and blue jeans Tex Willer has been a mainstay of Italian comics since 1948, and just check the Wikipedia page for how popular he is around the world. Numerous top artists have illustrated the feature, yet would this have seen print in English had Joe Kubert not illustrated these few stories?

He may wear a yellow shirt, but Tex is the heroic archetype, and archetypes is what Kubert dealt in. Over a fifty year career almost exclusively with DC he never illustrated Hex’s conflicted approach, and you could look at this strip in black and white in a foreign language and still know the prevailing morality of every character. Kubert drew this relatively late in his career, 1997, and the years of experience flow through the exemplary storytelling of every panel. As is pointed out in Pete Carlsson’s introduction, the finale to the first half of the book is a shootout in the rain, and the atmosphere Kubert provides raises the emotional impact several notches.

Kubert drew the book due to a tradition of the Tex annual being the work of a celebrated artist from outside Italy, others accorded the assignment known to English language readers include Enrique Breccia, Victor De La Fuente, Carlos Gimenez, José Ortiz, and Colin Wilson. Writer Claudio Nizzi may be unknown to English language readers, but he’s the second on the all time list for Tex scripts, and such is his standing that he regularly writes the annuals. It’s easy to reason why, as while there’s nothing particularly new about his approach to the Western, he works very well with its traditional drama. He follows form when needs must, but can also surprise, so reading Tex has a comforting feel about it without ever becoming too predictable. Although a thread connects them, we really have four different stories in The Lonesome Cowboy, with Tex in a different place facing a different set of circumstances for each, but Nizzi doesn’t focus exclusively on him. It’s sometimes more suspenseful if we know what the villains are planning.

As no separate credit for colouring is provided it’s presumably also Kubert’s work, and it’s excellent. Given the possibly ridiculous motif of the yellow shirt, Kubert chooses not to tone it down, but to ramp it up, instead damping down the surrounding colour. It’s a clever technique that makes it the focal point of every panel, immediately drawing the eye to Tex.

An earlier edition of Tex was issued in 2004 by SAF, and given very limited distribution. It prints the material in black and white, which is equally effective as seen by the sample art spread. In either edition Tex is recommended to anyone who enjoys a Western or Joe Kubert’s art. 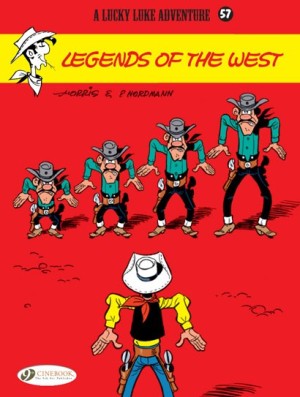