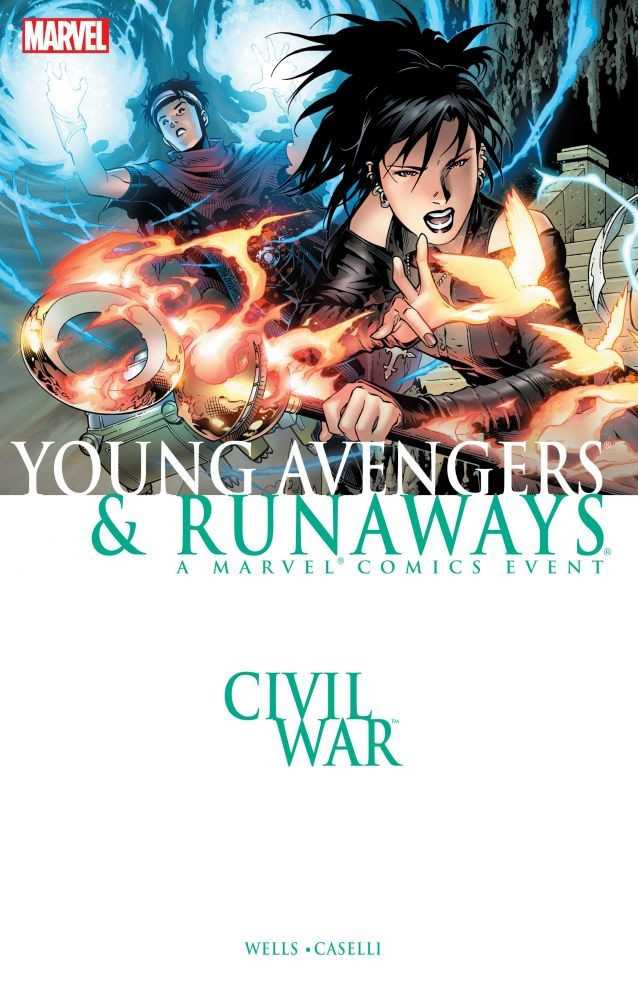 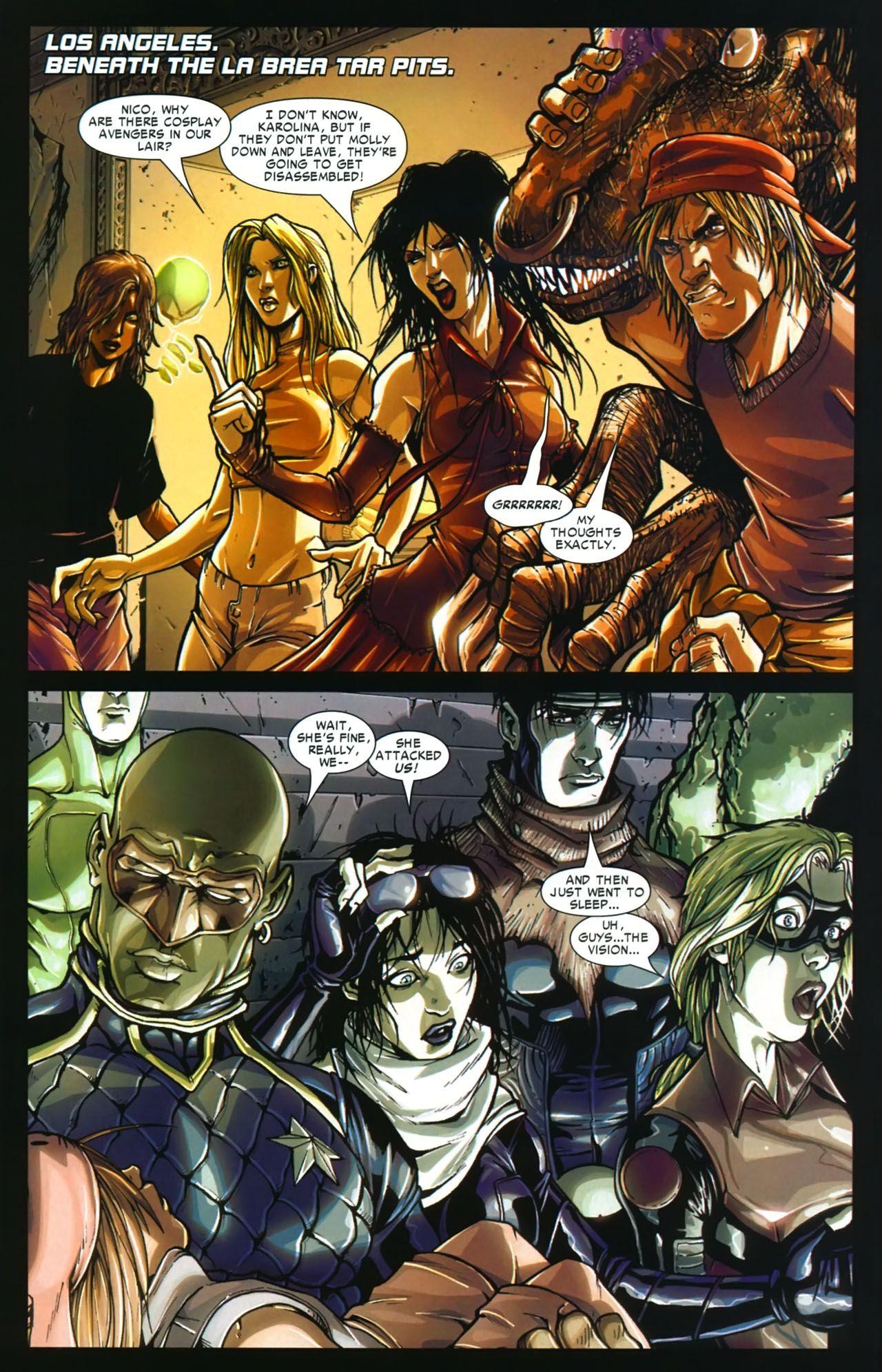 In 2007 the first of Marvel’s Civil War events set heroes at each others’ throats. The officially sanctioned superheroes were content to have their details registered by the government. The remainder were outlaws to be hunted down. As the Runaways operate well below the radar anyway, this is of little consequence to them, while the Young Avengers have joined the rebels, although feel stifled by Captain America’s protective attitude. Anyone intending to read Runaways is advised to reach at least the conclusion to Parental Guidance before starting this, on peril of otherwise learning of events you may prefer not to know beforehand. The Young Avengers continuity follows from Family Matters.

The first shock is going to be for those used to the illustrative delicacy of Adrian Alphona or the elegance of Jim Cheung when it comes to the two teams. Stefano Caselli would become a good superhero artist, and the talent is visible, but his page layouts here are ugly, he draws the casts of both teams as if they’re adults, and they spend far more time, grimacing, pouting and speaking from a clenched jaw than in familiar poses.

Zeb Wells manages a little better, but there’s still a lot of padding to this four episode story, and the better ideas are largely swamped by it. It might have been hoped that by 2007, for instance, the cliché of the first meeting between the teams resulting in a long battle due to a misunderstanding might have been avoided. Far better is the involvement of Noh-Varr, then unseen for a number of years, and the cruel prison warden that guides him. Also good is the interplay between the alien members of the teams, and a decently written final chapter, but overall this could have been better.

The teams meet again in a Secret Invasion crossover, this time with Runaways getting first billing. Alternatively both are collected with other Runaways material in the third volume of Runaways: The Complete Collection.