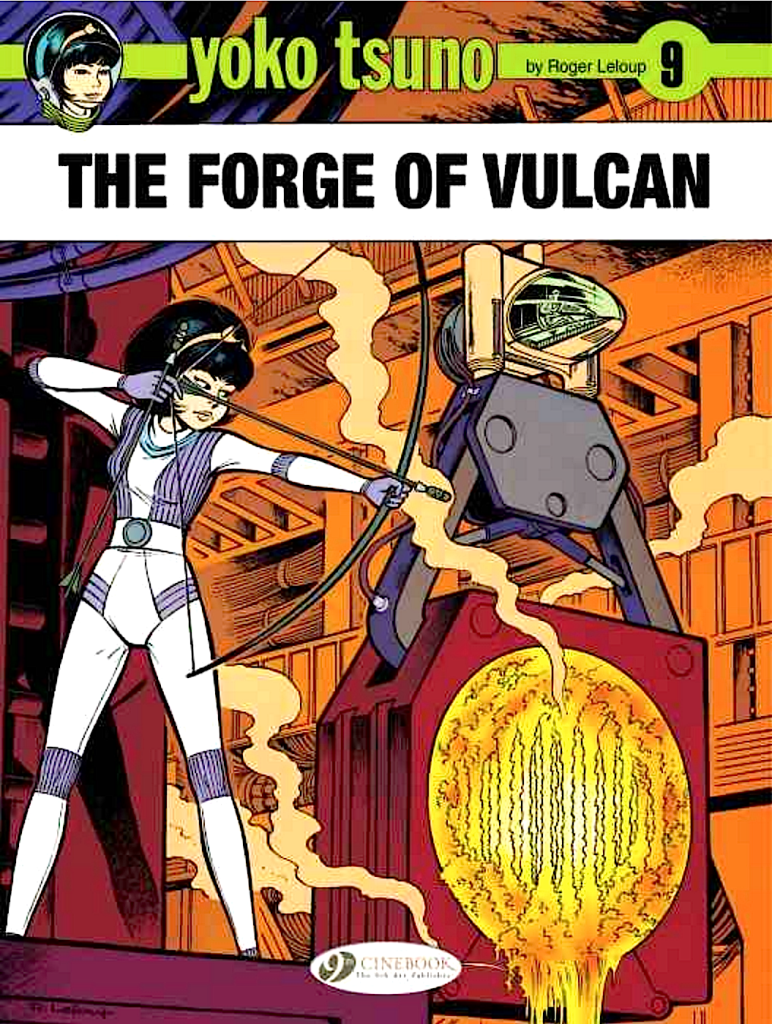 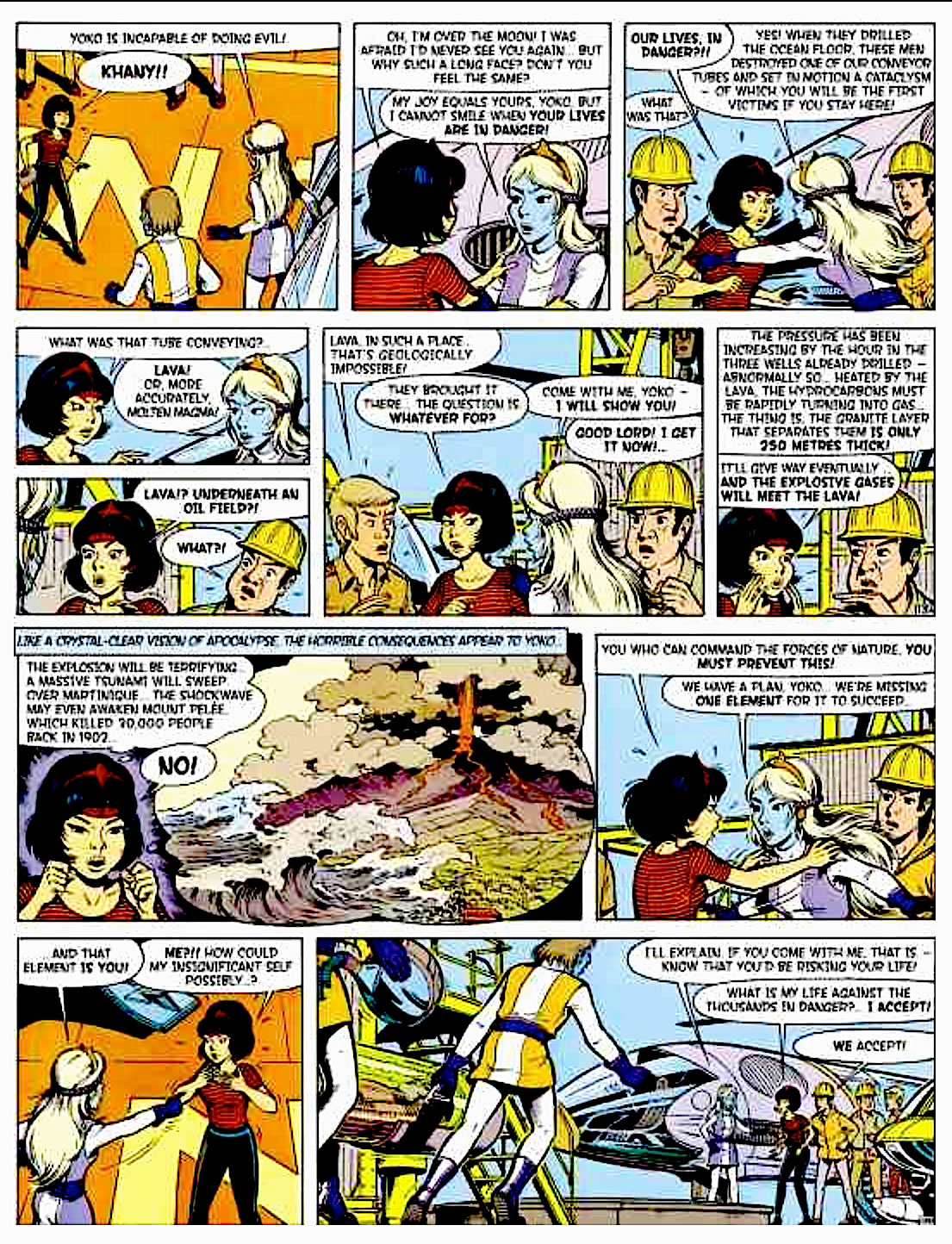 The Forge of Vulcan is the ninth album of Roger Leloup’s Yoko Tsuno to be translated by Cinebook. It’s the third volume in the original series, and it continues a plot thread from the very first story The Curious Trio. In that story Yoko, Vic and Pol discovered an entire civilisation of blue-skinned aliens from the planet Vinea secretly living deep underground on Earth. This time, an offshore platform drilling for oil in the Caribbean breaks through a Vinean underground power source, which channels molten lava to their cities. The result threatens to cause a massive earthquake, followed by a tsunami that will annihilate the island of Martinique. The aliens have a big decision to make: will they reveal themselves to humanity peacefully, or will they use the magma under their control to destroy all human life on the surface and claim the entire Earth for themselves? The two opposing factions are bitterly split. Unless Yoko can help the peaceful side to prevail, there will be total devastation for humankind, who are no match for the superior technology of the Vineans.

This is one of the earlier entries in the Yoko Tsuno series, so with Roger Leloup not having yet refined his style this book is much cartoonier than later stories. Everyone looks different from the stiffer, more ‘heroic’ style of stories such as Daughter of The Wind or The Morning of The World and there are plenty of slapstick and comedy moments from Pol which also disappear as the series goes on. Yoko proves herself more than equal to the problems before her as she teams up with her friend Khany, and there are some spectacular action sequences that will thrill young readers.

The Vineans and their dramatic possibilities were popular enough to make many appearances over the 27 Yoko Tsuno graphic novels, so they will return soon. The next book in this series, Message for Eternity, is more of a straightforward mystery adventure in an exotic location; although in typical Leloup style, one that involves intelligent apes.