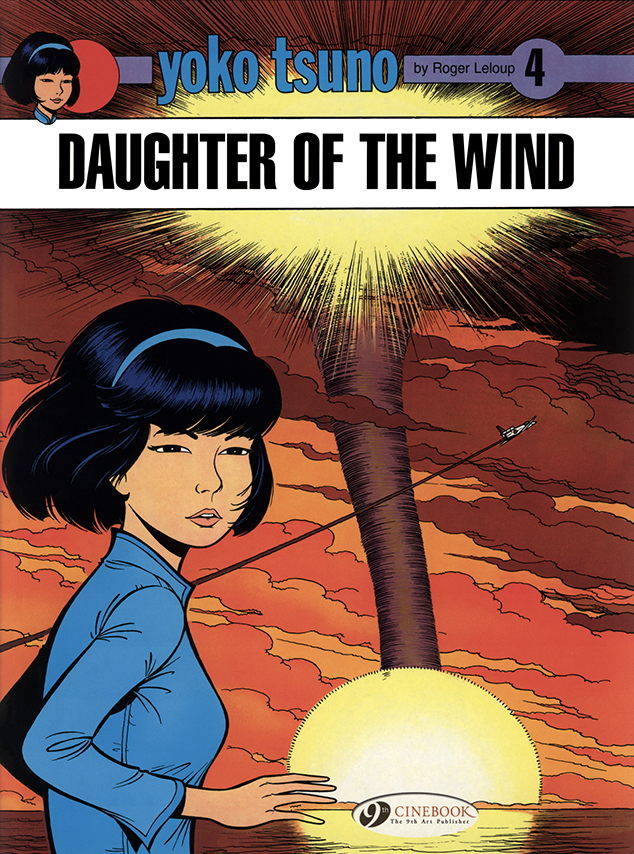 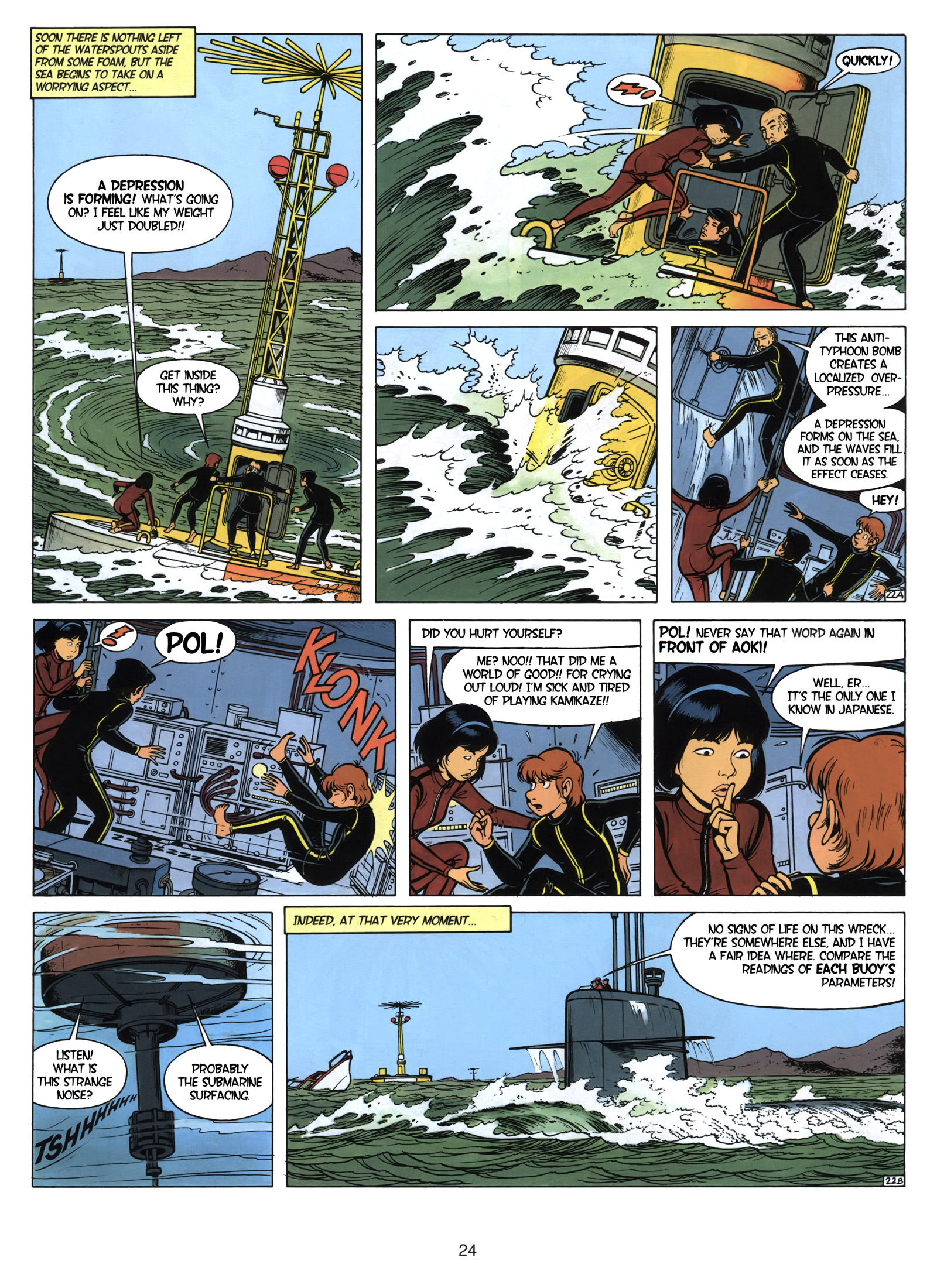 Daughter of The Wind is the fourth album of Roger Leloup’s Yoko Tsuno to be translated by Cinebook, but the ninth in the original series. It begins at Kai-Tak Airport in Hong Kong, where an airliner carrying Yoko and her two friends Vic and Pol, makes a skilful landing. Yoko has come to Hong Kong to make contact with her father. Onue Tsuno is a geophysicist who has analysed the typhoons that menace the pacific region, and devised a way to create artificial waterspouts so that he can study their behaviour and destroy them. Unfortunately the man who funded his research, Ito Kazuki sees Tsuno’s artificial typhoons can be a weapon of incredible power and is determined to use this technology to make Japan invincible. Kazuki creates typhoons that Tsuno and his team destroy immediately, but their strange battle threatens the coast of Japan and China.

After Yoko, Pol and Vic are scooped out of the ocean by a huge military seaplane, a briefing by the Japanese Naval Self-Defense Force explains that they’re relying on Yoko to convince her father to shut down this dangerous conflict before there’s no way back. But there are forces that are just as determined to stop Yoko reaching her father, and ninjas are waiting silently to ambush her on arrival at her family’s island…

The international intrigue of Daughter of The Wind has dramatic locations, dangerous foes and secret bases enough to rival any James Bond movie. Roger Leloup’s all-action plotting presents Yoko with unfinished personal business from the past to deal with, giving readers a small history lesson while she tries to fulfil her mission. Vic and Pol try their best to help, but it’s Yoko who has to use her considerable skills piloting a range of aircraft and overcoming enemies in hand-to-hand combat to try and win the day. There’s not much humour in this adventure; Leloup’s drawing emphasises the machines and locations first and the people in his strips tend to come off second best. Characterisations are a bit corny and there are no real surprises in the way this story unfolds, but the brisk pace should keep young fans engaged all the way to the explosive finish.

The next book in this series is The Dragon of Hong Kong. ‎