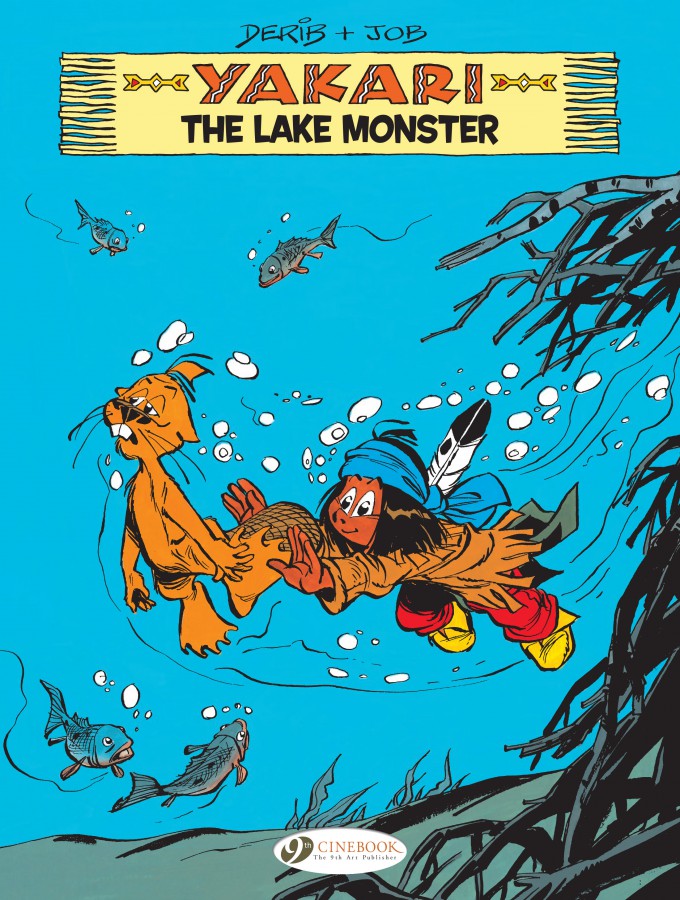 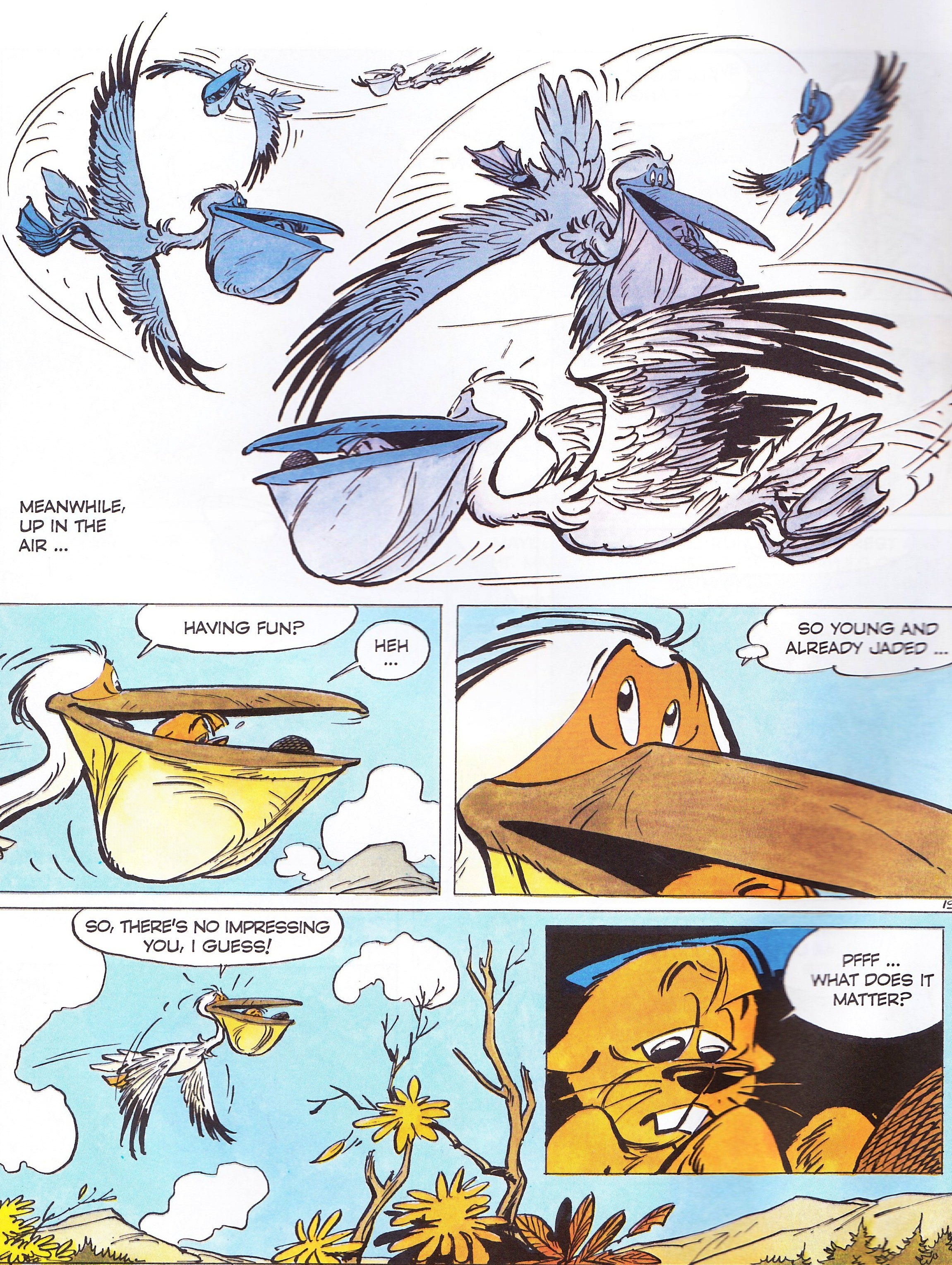 Yakari is a Sioux Native American boy who can talk to animals. Created by writer Job (André Jobin) and artist Derib (Claude de Ribaupierre), he has appeared in over 30 books since 1973, starred in two television series, features on various walls in various European cities and been translated into 17 languages. The Lake Monster is Yakari’s 17th outing from his Swiss creators, his 16th in English by publishers Cinebook.

With the autumn came a heavy rain that persisted for weeks. Now that the sun is shining again Yakari and the pony Little Thunder have gone out for a ride. In the swollen river they see one of the Beaver Clan, Rough Bark, and ask after his mischievous son Linden Tree (Yakari and the Beavers). The question leaves Rough Bark agitated, but he won’t give a solid answer so they head to the beaver dam. Through a series of events it transpires that Linden has everyone worried because he’s not his usual self. Instead of causing mischief and seeking adventure, he’s moping about in his den. Yakari tries everything he can think of to help, but to no avail. That is until someone claims to see a giant snake in the river, causing consternation and excitement.

It’s a sad truth that books are overlooked simply because they are written and illustrated for children. Adults reviewing them forget to stop being an adult for a while and miss the talent on display right in front of them. Not to mention the fun to be had by allowing yourself to relive your childhood innocence for a half hour. Yakari is a case in point.

Job has always written with his target audience in mind. Not just to entertain, but to inform them of different cultures, people and the future possibilities we can learn from them. Whether it’s riffing off Native American legends, culture or ways of life, Job always researches his subject meticulously. What he has done is make history accessible and entertaining, weaving it into charming fiction peppered with commentary on conservation, bullying and personal identity. Transforming what can be a dry subject to children so succinctly and beautifully is a tremendous skill. Over half of Yakari was written before the advent of easy internet access and history channels, something we take for granted in the 21st Century. 98% of the content is still relevant today, but the occasional views are clearly from another age, like the attitudes towards depression espoused here. We have learned a great deal more about mental health in the last twenty years, and that makes Job’s script appear tactless. That said, taken within its intended 17th century context it isn’t anything worth harping over.

Derib is another overlooked talent because of the genre he works within. Thankfully not in Europe, where Yakari is very popular, earning Derib three awards at the Angoulême Festival and a handful of nominations for his work on this series alone. He can fill a panel with different personalities and their little quirks while his landscapes capture a sense of wild freedom. Whether swimming, working, running or flying (see sample art) Derib makes his cast come alive whatever the panel size. He makes it look simple when it clearly isn’t.

The Lake Monster has a pleasant plot that provides some surprising twists. It’s a charming tale and respectful to Native American culture but will your kids like it? There is only one way to find out. Yakari is set to continue with The Snowbird sometime in 2019.