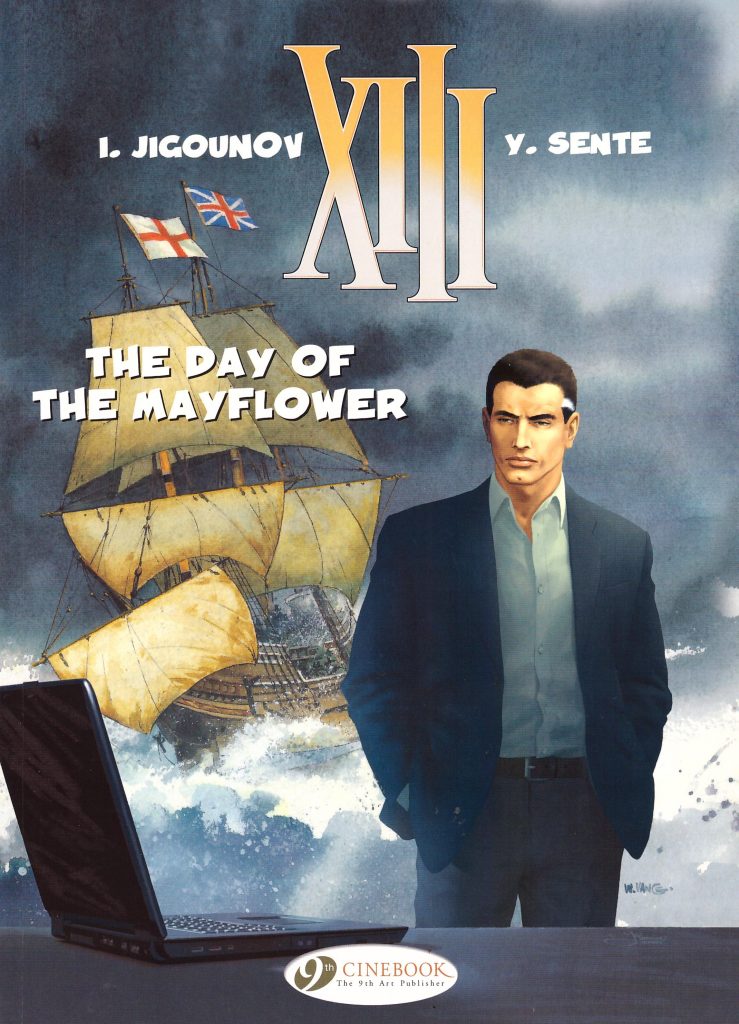 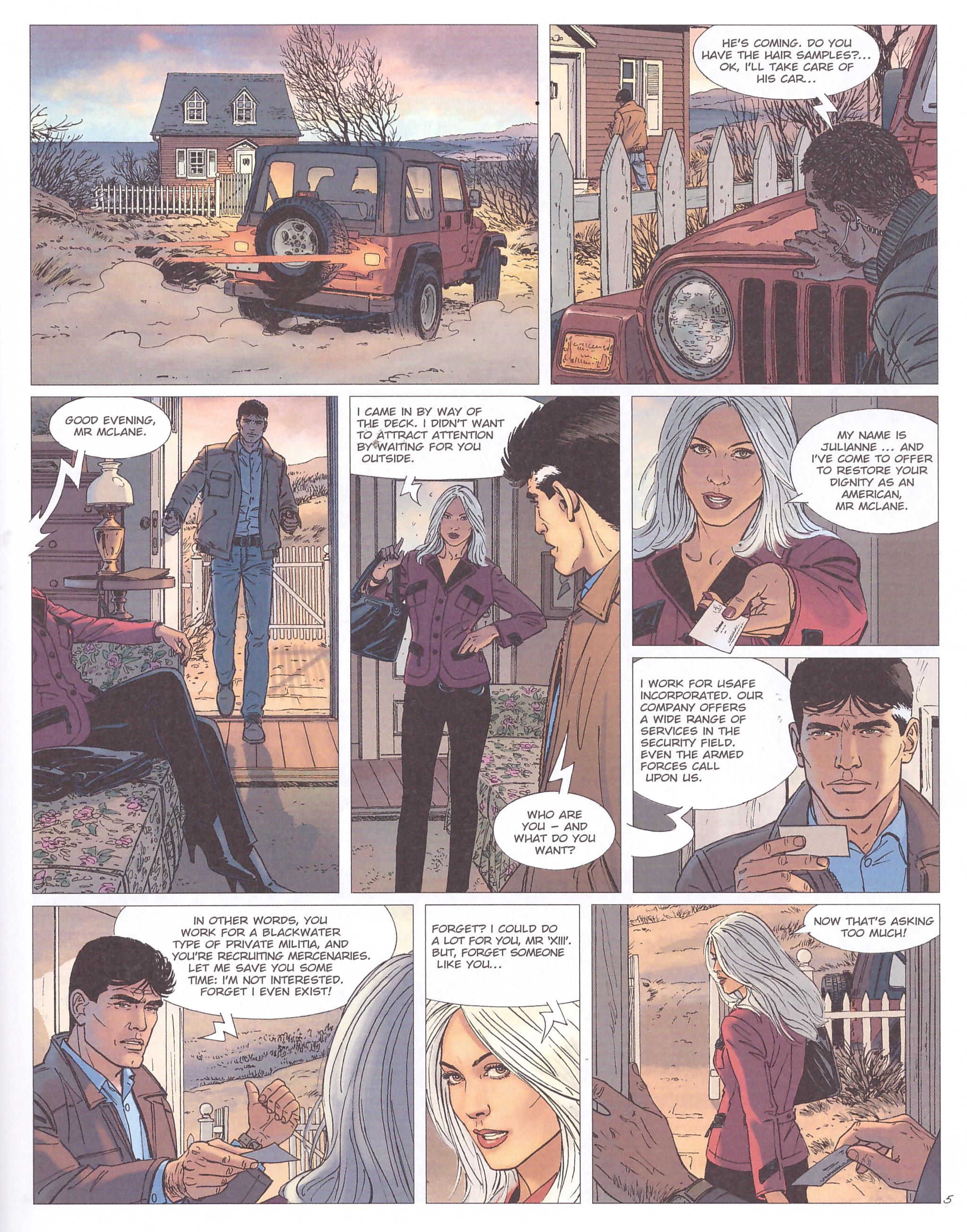 Over twenty years Jean Van Hamme and William Vance led readers a merry chase with XIII, a superb action thriller series about one man’s search for his past. Their story completed in The Last Round, they moved to other creations, but thankfully for us had no objections to a new creative team continuing to dig deep into the past of Jason Fly/McClane. Both writer Yves Sente and artist Youri Jigounov (here credited as Iouri) have distinguished themselves with similar work on other series, but even knowing that, they’re an astonishingly good combination.

The core of the series has always been the remarkably resilient Jason as both hunter and prey. He’s constantly trying to recover gaps in his memory, seeking out those who might help with that, while simultaneously staying a step ahead of assassins sent by people who don’t want the secrets he’s forgotten revealed. It seemed everything had drawn to a close with The Last Round, but Sente immediately restores the series premise. Something else happened in the past, Jason is still trying to recover other memories, and extremely well connected people with considerable resources also have an interest in that. As was the case under Van Hamme and Vance, every successive book tells a complete story, but feeds into a bigger picture, with this first story arc occupying five books.

Jigounov was a first rate artist on Alpha, where he very much took his lead from Vance, using the same form of ligne claire realism to good effect. The Day of the Mayflower sees an even more experienced and better artist. There’s obviously visual reference to produce such a detailed Massey Ferguson tractor, but Jason is consistent throughout, the locations are detailed, and the action sequences incredibly smooth without any stiffness to them. Vance didn’t entirely relinquish XIII, and contributes an uncharacteristic sequence relating to the title, introduced in story as being by a superb Flemish artist. It’s not the only visual joke. In the early pages Jason’s psychiatrist is Dr Melfi, as played by Lorraine Bracco in The Sopranos.

Don’t be intimidated by XIII’s rich history as this is a new start. Sente and Jigounov provide all necessary information, Sente particularly clever in reintroducing some characters, and just in case it’s too subtle, Jason was known as XIII due to distinctive roman numeral tattoo on his shoulder blade. By the end of The Day of the Mayflower we know why Jason’s being hunted, although he remains ignorant, and it’s another twist in his genealogy. Overlook the slightly artificial method Sente required to re-boot the series premise, and this is a first rate thriller that has no difficulty in dragging both Jason and the reader back into his world of cut and thrust. The downside will be the wait. As XIII began in 1986, in the 21st century Cinebook were able to issue the entire original story in relatively rapid succession. With these new volumes English language readers are on the same annual schedule as Europeans. The Bait is next. 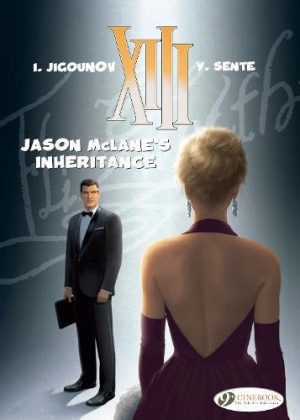