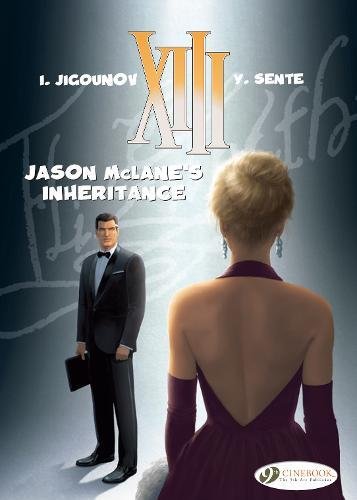 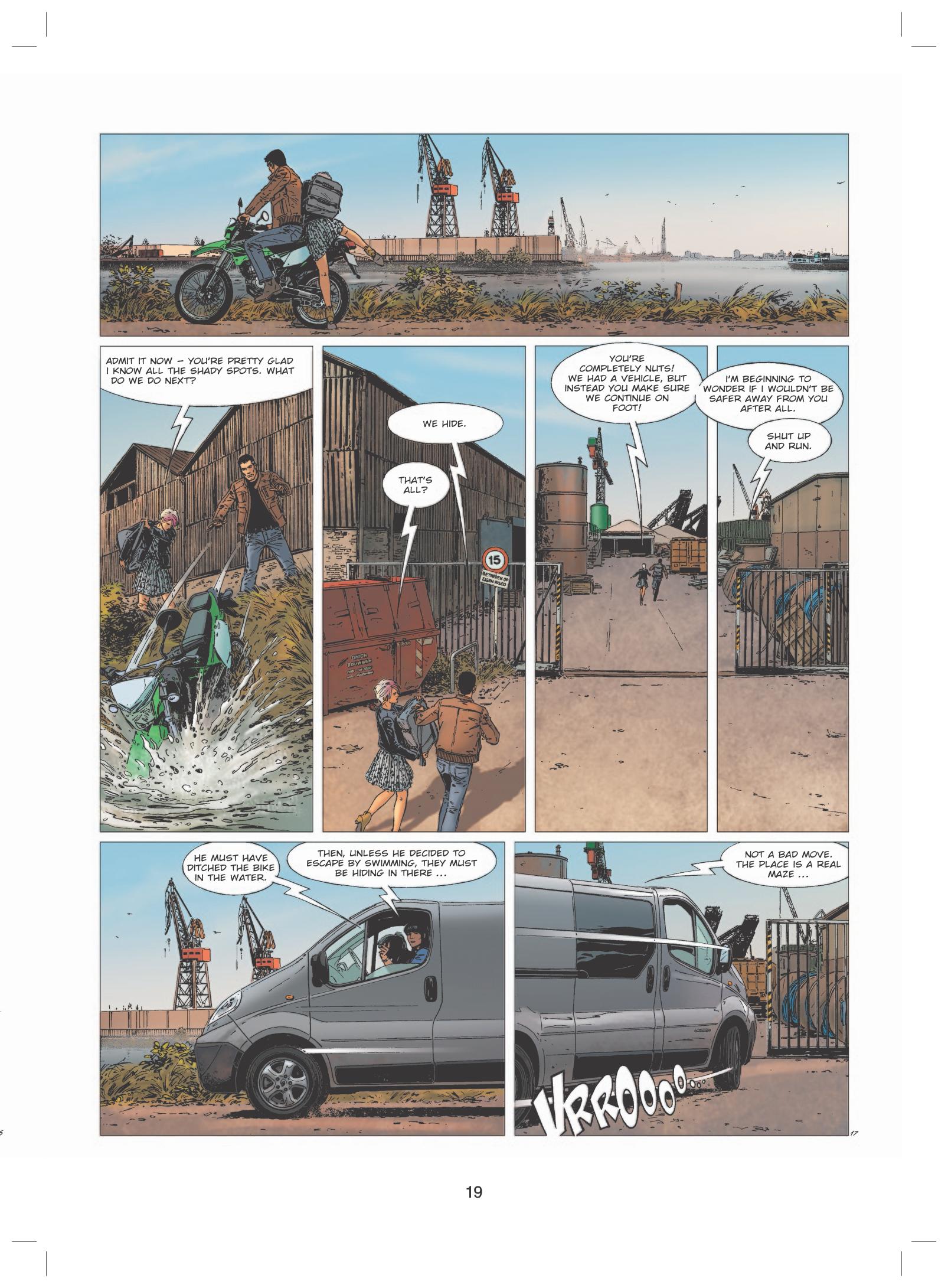 Beginning with The Day of the Mayflower, Yves Sente has wrapped Jason McClane in a new mystery based on his missing memory, and he concludes that story in Jason McClane’s Inheritance. McClane is the last living descendent of someone who arrived in 17th century USA with the original puritan colonists. Their descendents have spent several centuries attempting to ensure the preservation of those original values, developing an organisation of great power and influence, and documents Jason now has could bring all that crashing down.

Almost from the start Sente’s story has been one extended chase sequence spanning the globe. Jason gradually learns of something that sends him the direction of the next clue, but he has to stay ahead of someone he already knows to be a merciless killer. Unfortunately, those he leaves behind often pay the price. Neither Jason nor the remainder of the cast have much in the way of character beyond the brutal efficiency required to deal with what the plot throws at them, but that’s almost always the way for an action thriller, and the curves Sente throws into the plot are incredible. It seemed that all had been revealed in The Martyr’s Message, but that wasn’t the case. It takes some messing about with history, but Sente drops a humdinger of surprise relating to the title, and to something in his earlier books that appeared nothing more than colour. As good as the surprise itself, which takes some time to explain, is the way Sente and Iouri Jigonov show us what other people are simultaneously up to, cranking up the tension superbly. And the thing is, that’s just the appetiser. It’s not even a quarter of the way through the book.

Jigounov was reined in for the last book, but there’s no shortage of action here, and he’s superb with it all, as Jason jumps from continent to continent wrapping up a lot of loose ends. Particularly good is raid scene set at night, involving troops and technical back-up.

As the pages turn, and they’ll turn rapidly, you’ll begin to wonder how Sente is going to manage to sort everything out in the remaining pages. He’ll surprise you, but doesn’t sort out everything, although the woman hidden in shadow over the past stories is revealed. The original XIII series ran for over twenty years as Jason followed the clues, and what Sente does in Jason McClane’s Inheritance is bring his opening story to a satisfying end and set up his next arc. He successfully sets seeds of doubt over a couple of matters, and that’ll be enough to drag us forward.