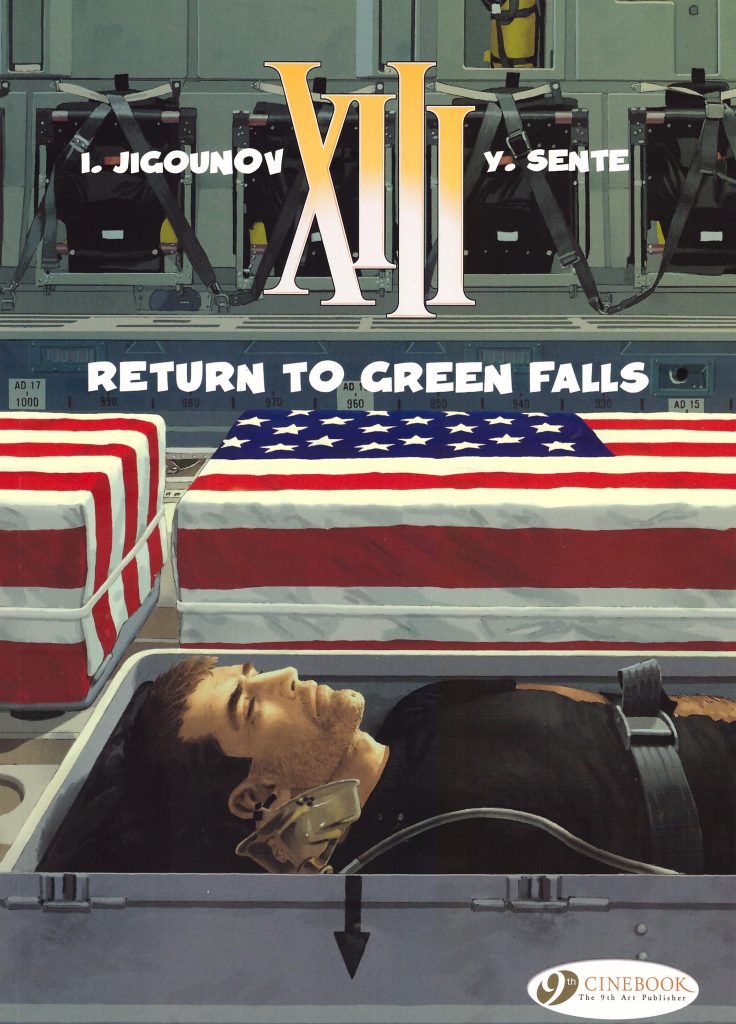 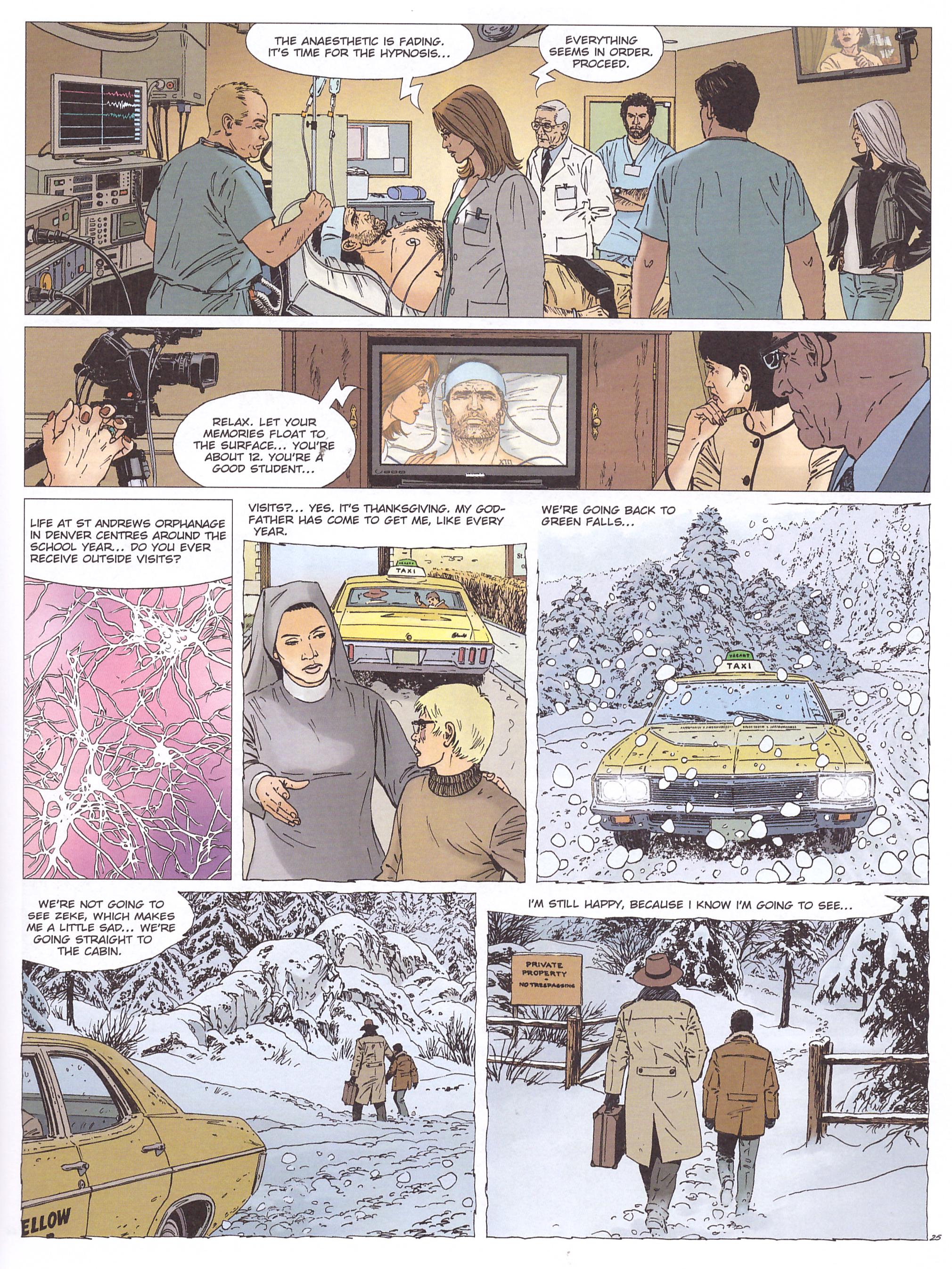 It only took a single volume for Yves Sente and Iouri Jigounov to return Jason McClane to his outlaw status, framed for several high profile murders he didn’t commit, and another to involve the few people he can trust, and dump most of them in the caves of Afghanistan. That’s how The Bait ended. It’s still pieces of Jason’s missing memory at stake, this time not involving his identity, but childhood memories of his father.

Sente’s set up some complex countercurrents in rebooting the XIII story, so much so that half a page of small type is required to explain the plot intricacies. Readers know what Jason doesn’t, that he’s being hunted by an old and very powerful organisation whose influence stretches into all sorts of official US organisations at high levels. Jason’s ignorance doesn’t last long, and that’s followed by full disclosure about why this organisation’s so desperate to induct Jason. His memories hold the key to destroying an ancient covenant. As he’s somewhat inconvenienced, most of the detective work in the US is being carried out by Betty Barnowsky, a character returned to prominence by Sente. When introduced she was an exceptionally resourceful special agent, her good looks and distinctive red hair distractions, but became a background figure as the series continued. Her investigative and combat capabilities are well used here, as they were in the previous book.

A few fights take place, but there are no widescreen action scenes, and to have exploited the one sequence that could have been ramped up would have been in poor taste. This being the case, Jigounov’s pages could lack sparkle, but instead there’s page after page of well considered layouts, visual personalities and some beautiful scenery. William Vance set a high standard on the earlier books, but Jigounov matches him. There is one clumsy aspect to the art. It’s seemingly necessary that the head of the secret organisation remains unidentified, indicating, perhaps, that she’s someone known to Jason, and by extension to anyone who’s read the entire series. Her identity is disguised by showing her face in almost complete shadow every time she appears, and it sticks out among the subtlety Jigounov usually employs.

Return to Green Falls is another fantastic action thriller, each resolved mystery leading to another, and with some stunning plot devices. An atrocity used to ensure Jason’s complicity is a powerful piece of plotting, and the twists are so beautifully slotted in you’ve got to take a breath and admire them. Sente uses continuity more actively than Jean Van Hamme did with the earlier books, where episodes occasionally carried over to a second book, but were largely individual parts of a bigger story. This five part story continues from book to book, with The Martyr’s Message next. 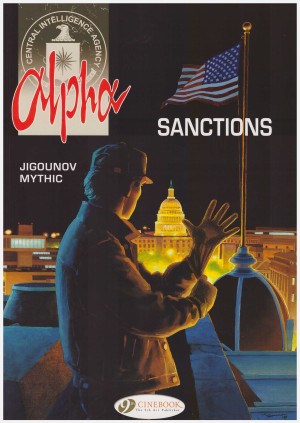