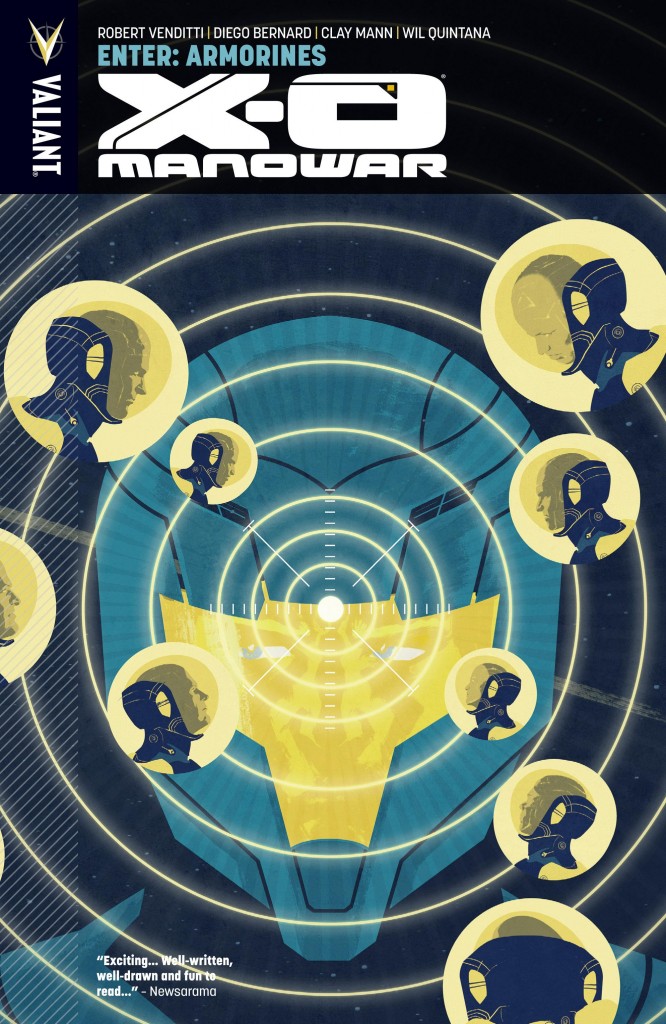 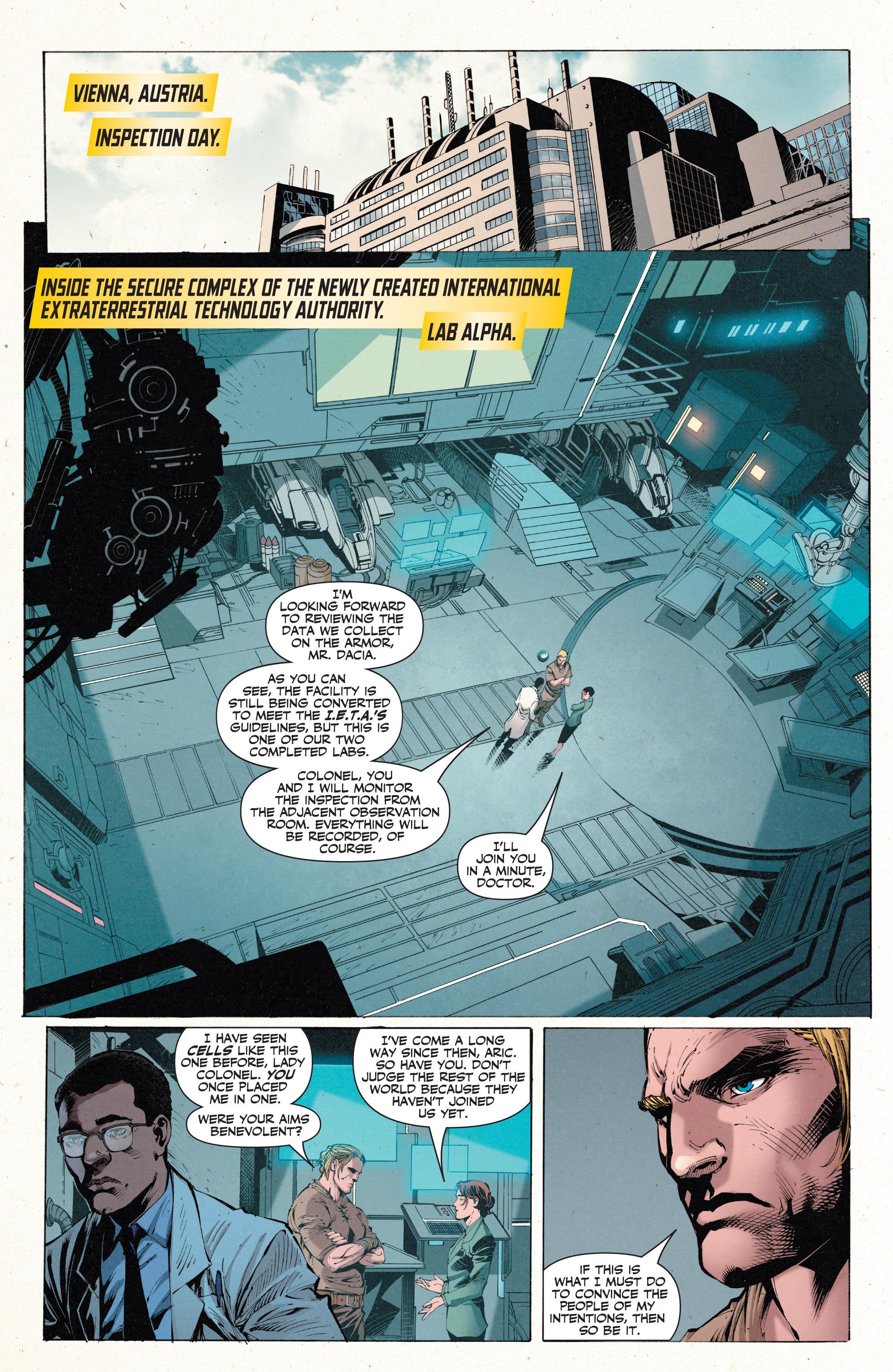 X-O as a title takes an interesting turn with Enter Armorines. Until very recently in the continuity the X-O armour was one of a kind, and despite being controlled by a Visigoth transported from the 4th century it was well beyond the capacity of present day Earth technology to cope with. The invasion detailed in Armor Hunters revealed Aric and the armour to the wider world, and the price of official United Nations sanction is that it be checked. The person they’ve selected as their observer is an industrialist who’s already designed his own armoured warriors used by the United Nations, and Phillip Zahn is shown early to be grasping, amoral and ambitious.

Robert Venditti uses this book to delve into the real world of political compromise and commercial ethics, and hardly anyone comes up smelling of roses. What’s even better is that he also constructs a desperate situation from which it appears Aric will have no easy escape. A well constructed trap is key to all adventure fiction, and Venditti’s responsible for a gem. It’s a slow build to the action, but worthwhile.

In case it hadn’t already been proved via his previous work on the series, Diego Bernard is one hell of an artist. Most artists on superhero titles ensure the scenes of their lead character in battle are spectacular, but where Bernard is a step ahead is that he puts equal effort into ensuring the build-up scenes look equally good. Just take a look at the design work put into what’s an establishing panel opening the sample page of art, and how he then convinces with the internal scenes.

Before any of the above there’s a look back to what Aric once was. The brutal warrior was always within him, but took some time to manifest, and the younger teenage Aric didn’t enjoy the sport of navigating a battlefield to kill any wounded Roman soldiers. It’s a well observed coming of age story with a pithy ending definition of what battle defines for a man, and Clay Mann’s art gives a decorative nobility to slaughter. It might have fitted better after the title story, but that’s a miniscule quibble for what’s another thrilling X-O graphic novel.

Venditti and Bernard are proving one hell of a creative team, and are on hand for Dead Hand next. Both books are also gathered in the hardcover Deluxe Edtion 4.