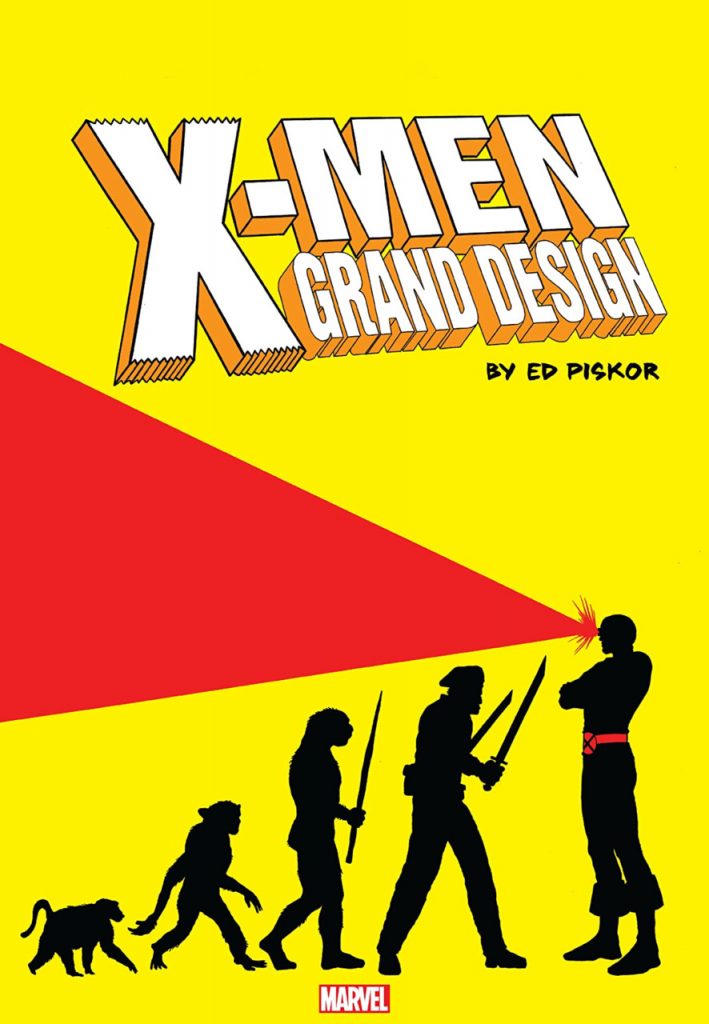 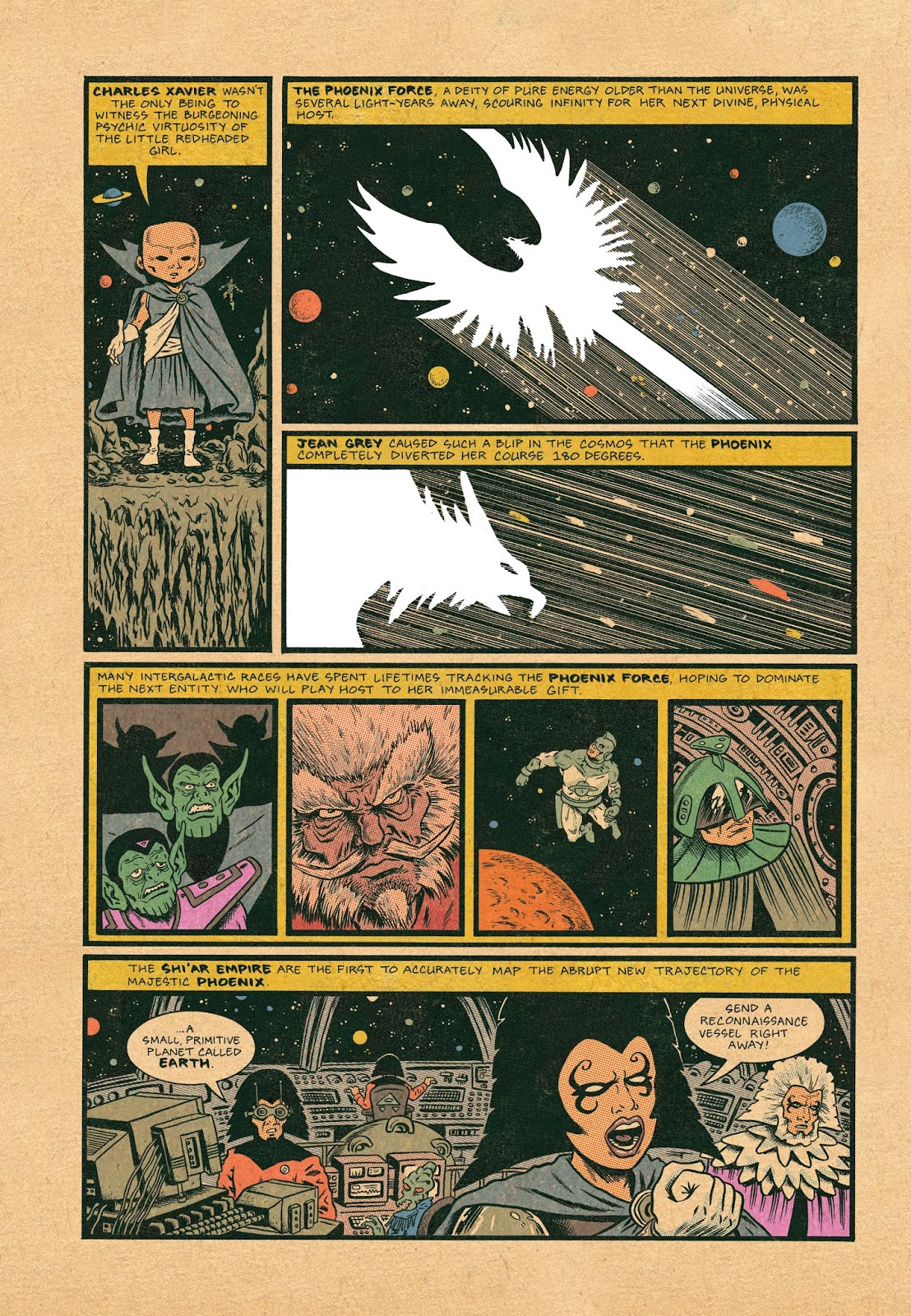 Even were it not a fascinating exercise, Grand Design would deserve recognition for the sheer ambition of contracting the X-Men’s vast history between 1963 and 1990 into a clear narrative. However, Ed Piskor does so much more. The easy route would have been to skim the X-Men’s history copying selected panels, but Piskor discarded that approach before beginning work. Instead he’s constructed a cohesive history from random events to which other aspects have been bolted on over the years. Some failed the logic test at the time, and others retroactively made sense after later reconsideration, but everything is improved for Piskor’s scrutiny, while his illustrations offer different viewpoints on the original moments.

He’s at his most effective and delightful during the opening section concentrating on the original team of X-Men, although that’s partially because it deals with fewer original comics. Piskor is able to order events delivered piecemeal between 1963 and 1970, incorporate subsequent additions to the continuity, and bring forward entities and organisations who’d have later dealings with the X-Men and show them working behind the scenes from the earliest days, hence the Grand Design of the title.

Whether your preferred X-Men artist is Neal Adams, John Byrne or Jim Lee, you may have difficulty coming to terms with Piskor’s art, which is nearer underground styling than graphic reality. It’s extremely good though, detailed and very well considered with neat little touches a speciality. Piskor also designs and colours the project, so everything is overlaid on beige coloured paper to resemble the look of old comics, and Piskor’s colouring speciality is spots of almost luminescent white and vivid purple contrasting the muted tones of the remainder. The white is too enthusiastically applied to the first section, but more considerately used thereafter.

The subsequent sections are very good, but don’t match the thrill or quality of the first. This is because the cast has expanded and the plots became ever more complex as Chris Claremont, the writer of the original stories compacted here, constantly pushed at genre boundaries of what could be expected in a superhero comic. He also placed great emphasis on emotions felt by his cast, and contracting those significant moments often diminishes the purpose. It’s very apparent with Wolverine, who here is portrayed as having the mood swings of someone bipolar. The upside is with slightly lesser characters, and in compacting her story Piskor is able to deliver a far more sympathetic Madeline Pryor.

Piskor making sense of much that was previously lacking it is welcome, and the results are excellent. However, before shelling out for an Omnibus hardcover you may want to consider that the stories were originally presented in Grand Design, Second Genesis and X-Tinction in an appealing treasury format featuring oversized pages. Additionally, the title stories are only just over half the content, with the remainder being Piskor’s scripts and his applying his form of colouring to three classic X-Men stories drawn by Jack Kirby, Dave Cockrum and Jim Lee, which also feature in the original editions.