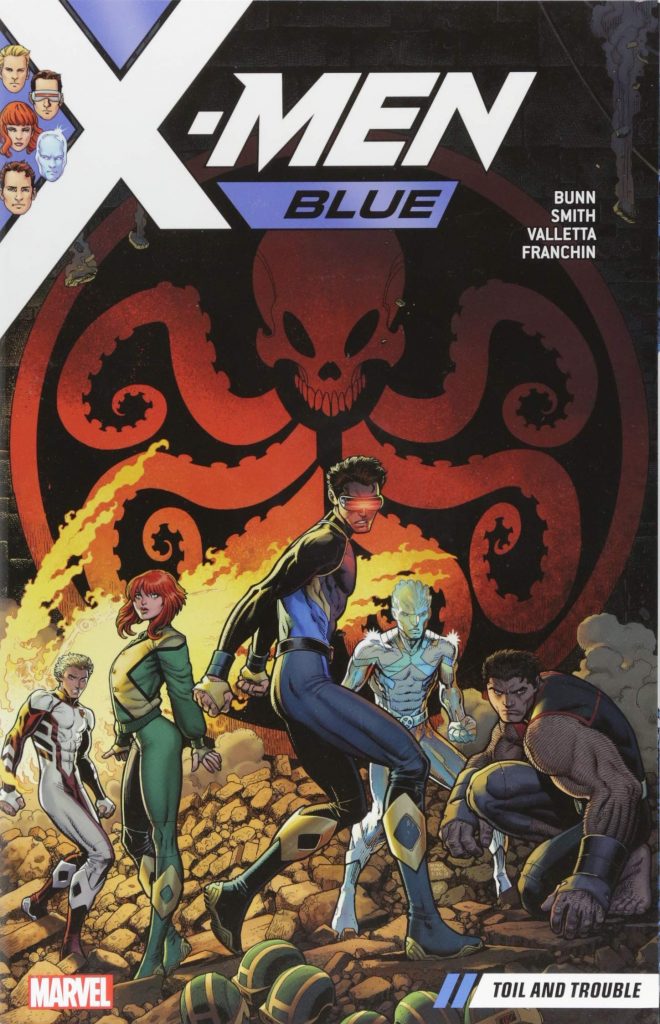 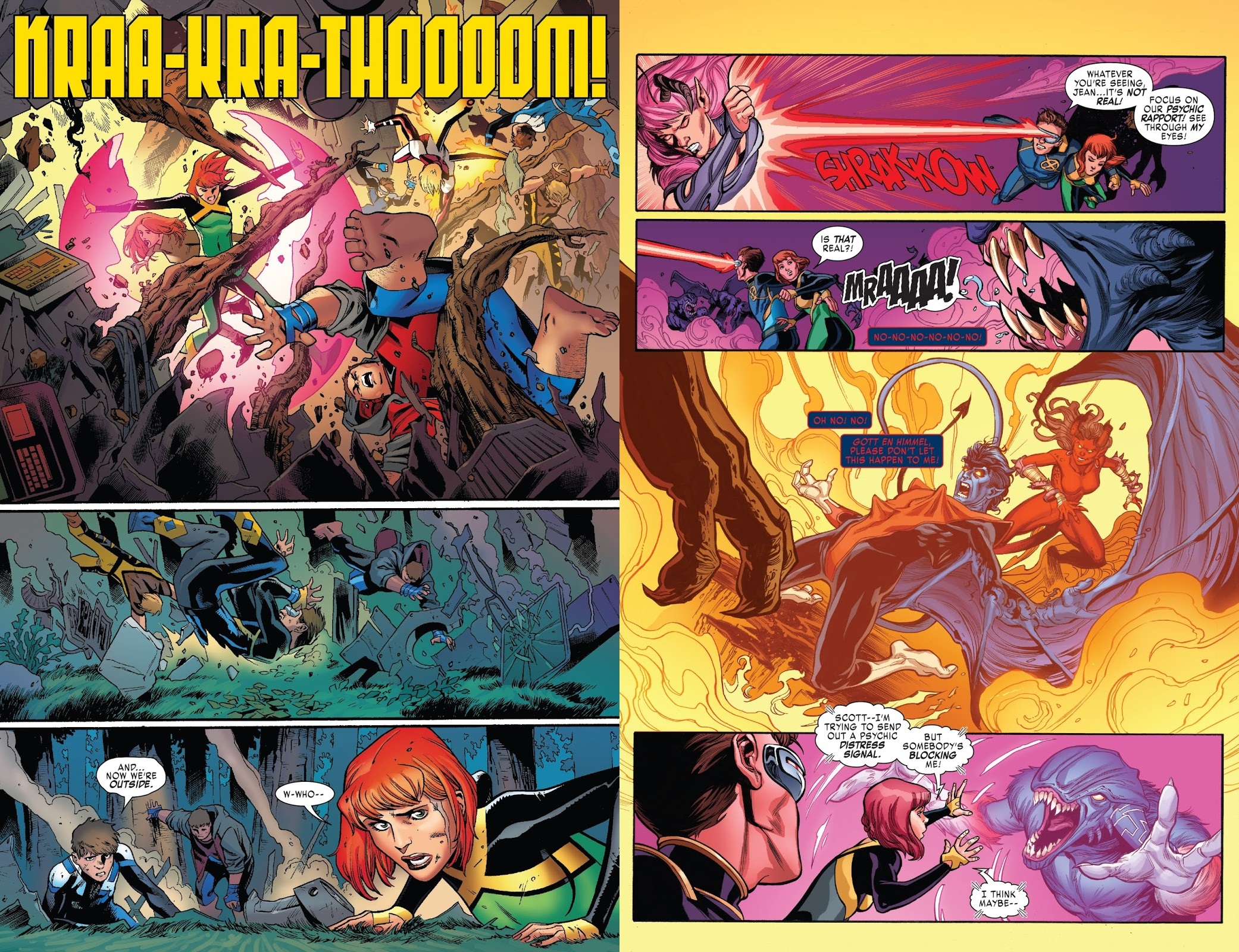 To date Cullen Bunn has taken the young original X-Men on a tour around the 21st century, had them tutored and trained by Magneto, had them butt heads with a few of the X-Men’s old enemies, and introduced some new mutants, including Wolverine’s son from an alternate universe. Toil and Trouble begins by implanting them into the wider Marvel continuity, and a USA controlled by Hydra where California has become a separate mutant run state.

There’s a far greater coherency to Toil and Trouble than there was to Strangest. It consists of a pair of three chapter stories, and there’s a better focus on the individual X-Men, whereas before Bunn slipped in a couple of panels at a time when Jean Grey or a fight wasn’t in the spotlight. The brief hints of foreshadowing he dropped in are also followed up and followed up well. The set-to with other mutants in what was California drops in the surprise that the X-Men have allies they were unaware of, and sets an interesting new parameter to the relationship Jean Grey and Scott Summers have, while Hank McCoy is integral to the title story. The idea of the scientific genius from the X-Men’s early days being left behind with the technology of the 21st century is well worked, as is his turning to magic for an advantage without fully understanding the consequences or the forces he’s been manipulating.

Once again, near enough a squadron of artists are needed to draw six episodes, with only Cory Smith (sample art left), and Douglas Franchin (sample art right) managing more than a single chapter. Joey Vazquez, Thony Silas, and Giovanni Valletta complete the line-up. Franchin is the best of them. Most can lay out a page well, although some crowd it more than others, but Franchin’s storytelling is clearer and his figures have a nice line to them.

Bunn’s dialogue is florid on occasions, especially when characters are hurling insults at each other, or the chief villain for ‘Toil or Trouble’ is monologuing, and some of his surprises are clumsy, but this is readable. What’s perhaps gratuitous is the X-Men picking up duplicates of other X-Men when their original versions are unavailable. We already have an ersatz Wolverine, and another alternate has manifested by the end. This may be editorial instruction, but it’s hardly original. More alternates and future selves follow in Cross-Time Capers, but while X-Men Gold: Mojo Worldwide occurs in between, it’s not necessary reading if your budget is limited.