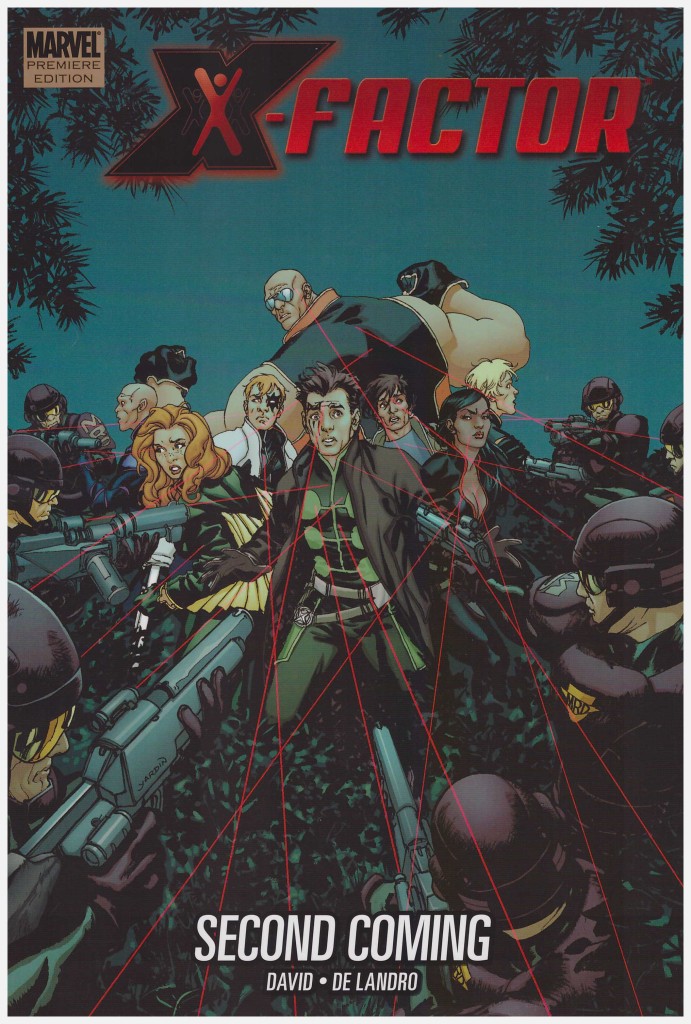 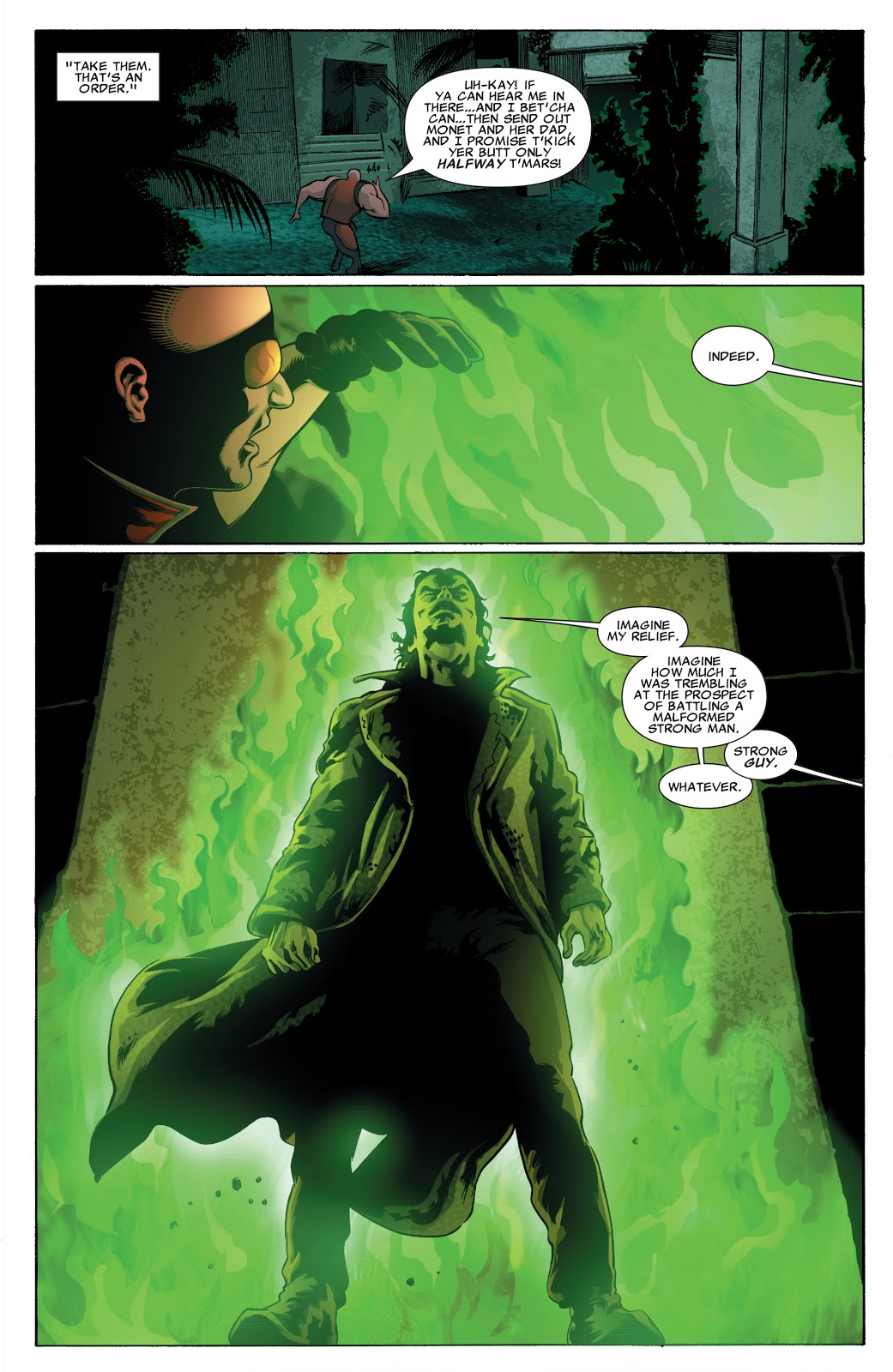 In Invisible Woman has Vanished Monet learned her father had been abducted, and accompanied by Strong Guy she set off to South America to effect a rescue, thoroughly underestimating her ability to deal with the kidnappers. It’s the type of confidence bred by being invulnerable, super strong, telepathic and able to fly. Except against magic her limitations are revealed.

Peter David completely confounds expectations as to how this scenario might play out by adding a well constructed complication. The remainder of X-Factor, who might normally mount a rescue mission, have problems of their own as they’re being targeted by a substantially equipped military task force with no qualms about wiping them all out. This extends to Teresa Cassidy, now calling herself Banshee, in Ireland, although Shatterstar and Layla Miller in Latveria avoid the immediate confrontation.

Some of the content is so well delivered it’s difficult to stifle a laugh at the sheer cheek of it. One such sequence involves the uniting of three separate groups of X-Factor members and Longshot’s ability to turn luck in his favour. It’s masterfully constructed.

This incarnation of X-Factor has, for the most part, been well served by the choice of artists from the very start, and Valentine De Landro ranks very near the top of those involved. As is apparent by contrasting the previous volume, someone with the imaginative capacity to deliver strong layouts to accompany David’s clever wordplay is extremely valued.

The closing chapter of this slim, but perfectly constructed, volume is set on Utopia, an island community for mutants set up by the X-Men’s Scott Summers who sees mutant isolation as their best protection. David creates an illusion of seeming effortlessness as he meshes fine character interaction with comic moments and some members of the cast wrestling over conflicting ideologies. The joy continues with Happenings in Vegas.