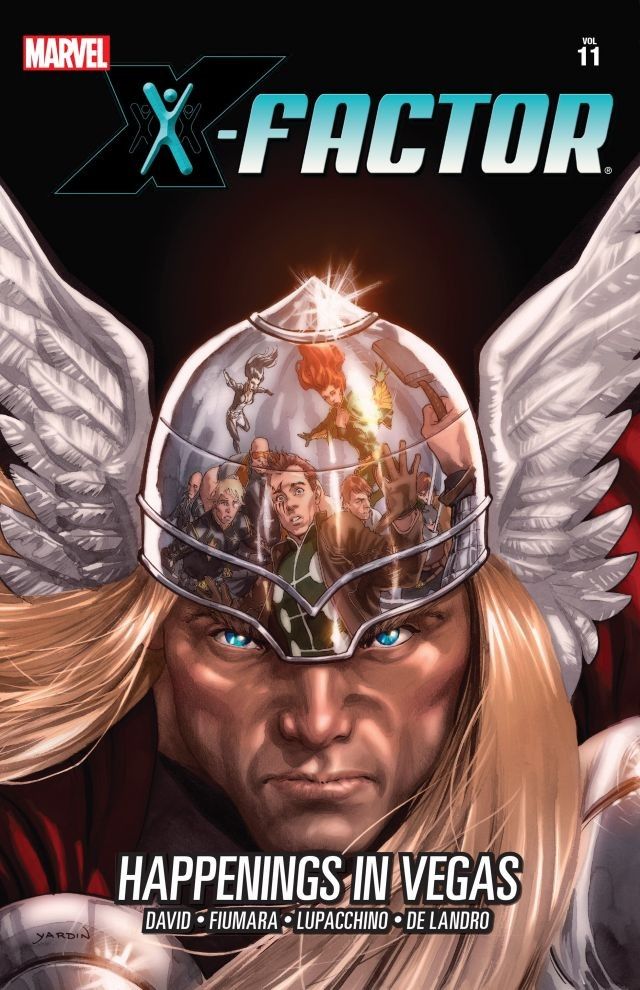 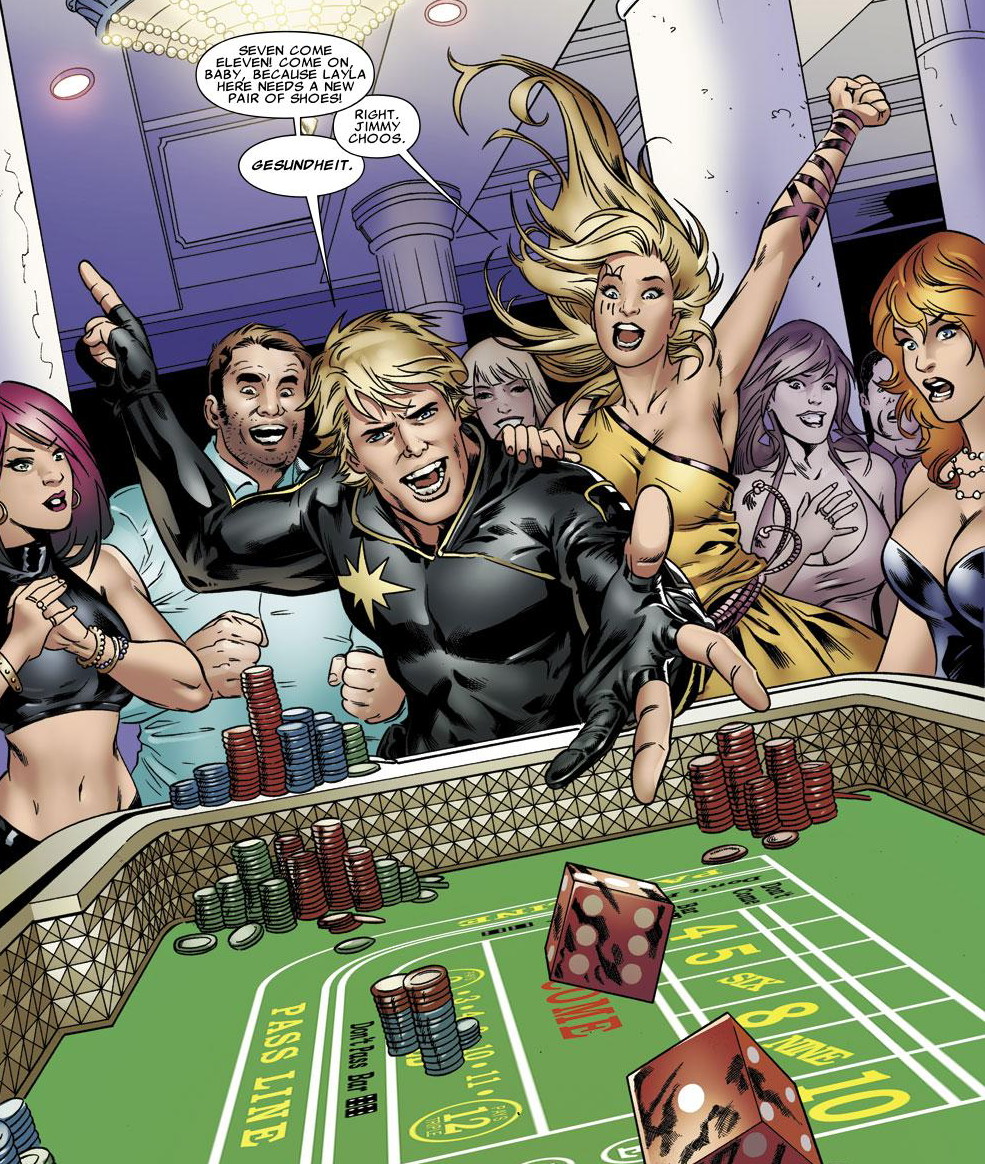 Although not definitive, the conclusion to Second Coming was about as near a drawn line as this series of X-Factor gets. The team were reunited, the villain defeated (and seen on their way in novel fashion here) and the predominant green theme continues as an exceptionally attractive dame walks into the X-Factor detective agency to begin the book. She wants to locate a piece of jewellery stolen from her, and provides a photograph of the perpetrator.

All things considered, it appears a relatively easy mission rapidly concluded, but when is that ever the case for X-Factor? All this is before the trip to Las Vegas, as is the return of a pregnant Wolfsbane and her deeply held religious prejudice, so none too pleased at catching Rictor and Shatterstar just pre-fragante delicto.

Any thoughts on what benefit someone who can twist luck in their favour would be in Vegas? Let’s just say that in a group of people enjoying themselves, Longshot enjoys himself more than others. What the team didn’t count on is giant dead Viking warriors turning up to complicate matters.

A few characters familiar to regular Marvel readers turn up, with Thor, in the final chapter, the best known. As ever, Peter David is excellent at subverting genre expectations, and if his dialogue is perhaps too witty to be real, it’s in the context of mutants, Norse Gods and Las Vegas, and where’s the reality there? It’s all tremendous fun before David reveals the cost of the finale, which is an excellent surprise.

Happenings in Vegas presents another new and excellent European artist in Emanuela Lupacchino, who’s particularly proficient at posing her cast. The interlude pages concentrating on the team members remaining in New York are illustrated by the always reliable Valentine De Landro, so no worries on the art front. And none for the following Scar Tissue either, as both return for that.