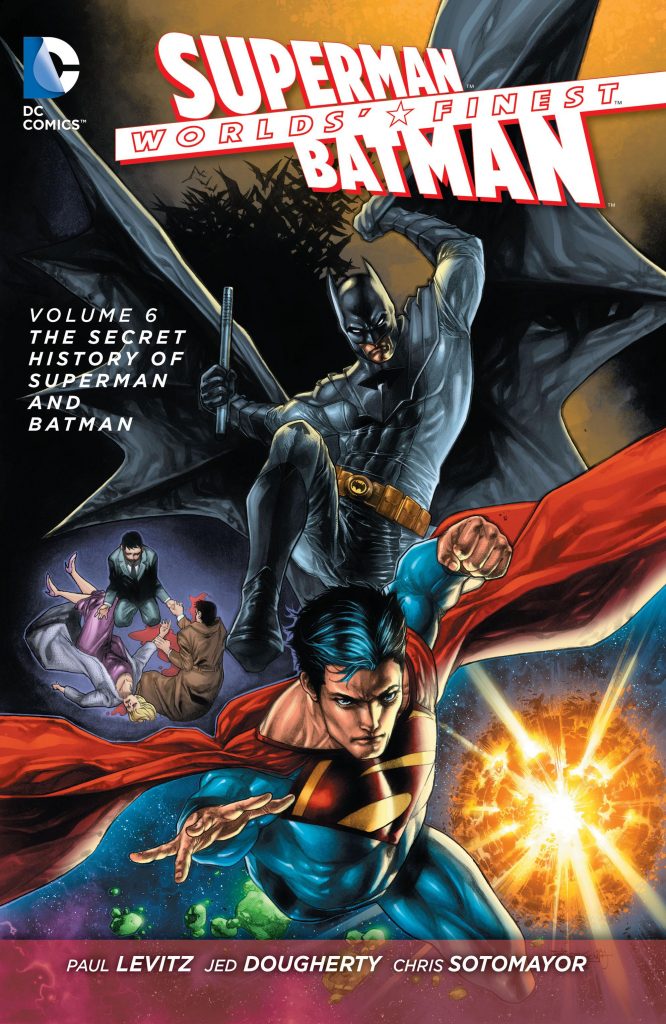 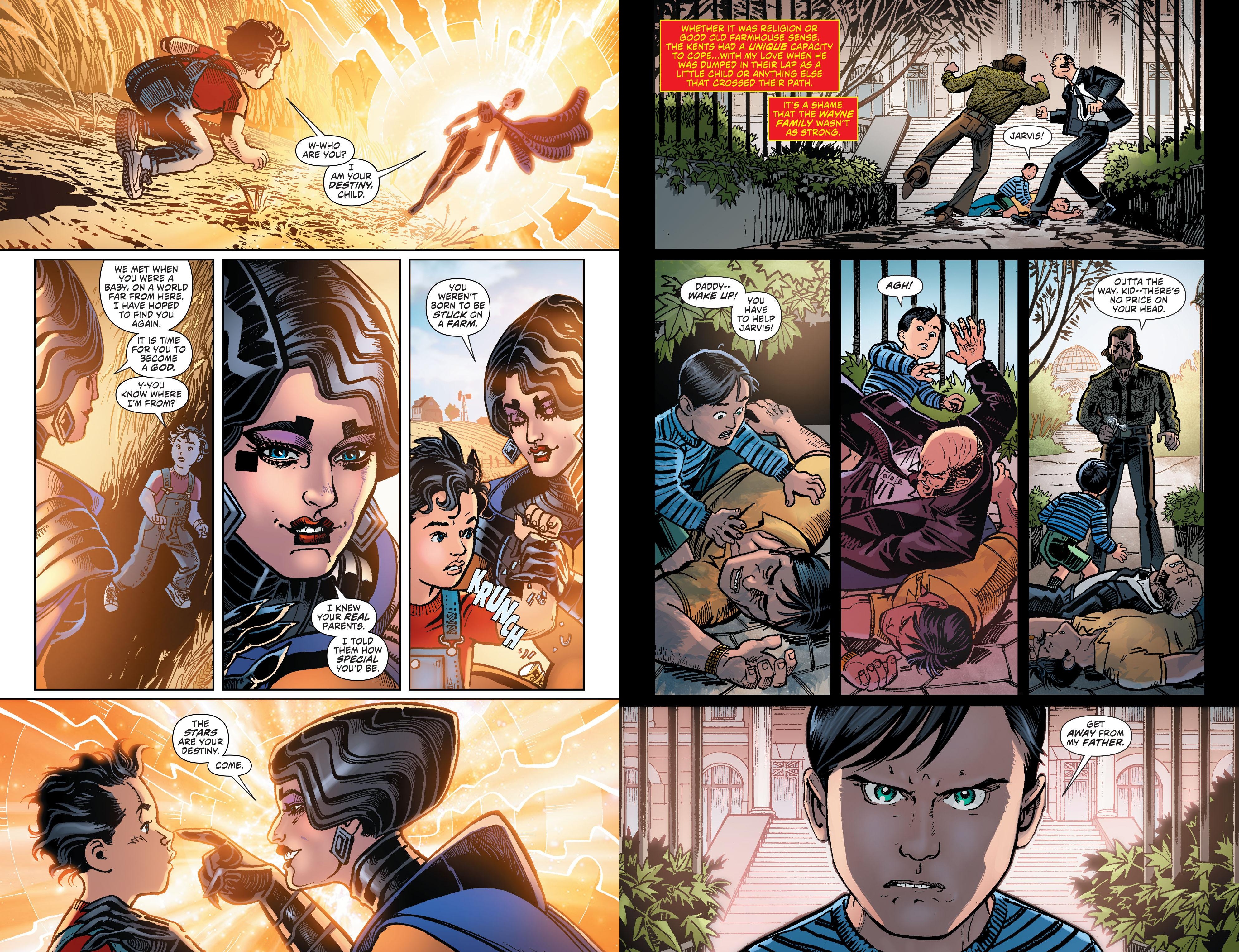 For the first five volumes Worlds’ Finest was the story of Huntress and Power Girl trapped on an alternate Earth and searching for a way home. That reached a resolution of sorts in Homeward Bound, and Paul Levitz now focuses attention on the Batman and Superman of Earth 2. Anyone who’s followed the adventures of Huntress and Power Girl knows their eventual fate on a planet invaded by the demons of Apokalips, but in The Secret History Levitz looks at what shaped the heroes.

The opening chapter is nicely handled, with Levitz seemingly on course to repeat the often told origin stories, but throwing into each the variation of an ethical compromise with consequences, and an additional novelty is the narrative voice being that of Lois Lane. Levitz delivers what’s promised by the title, although it’s an alternative history of Batman and Superman from another Earth, convincingly weaving in appearances of other DC superheroes, with Wonder Woman’s early interventions pivotal. An emissary from Apokalips is well used, and there are eventually small roles for the younger Huntress and Power Girl.

Jed Dougherty’s art is variable. He lays out a nice page and doesn’t slacken off when it comes to background detail embedding characters in their world, but sometimes his poses take liberties with the human body, and his faces are sometimes flat. It’s as if he’d prefer to be cartooning, but has opted for a more figurative approach.

Levitz instils a warmth and a humanity in his story, and it’s overlaid with the presumption that no-one’s reading it without foreknowledge of what will happen, so has the mood of impending tragedy. However, while some pieces of what Levitz is telling are locked in, others are open for tweaking, so preconceptions are cleverly managed. All in all this is an entertaining read that successfully weaves its way into the stories of others.