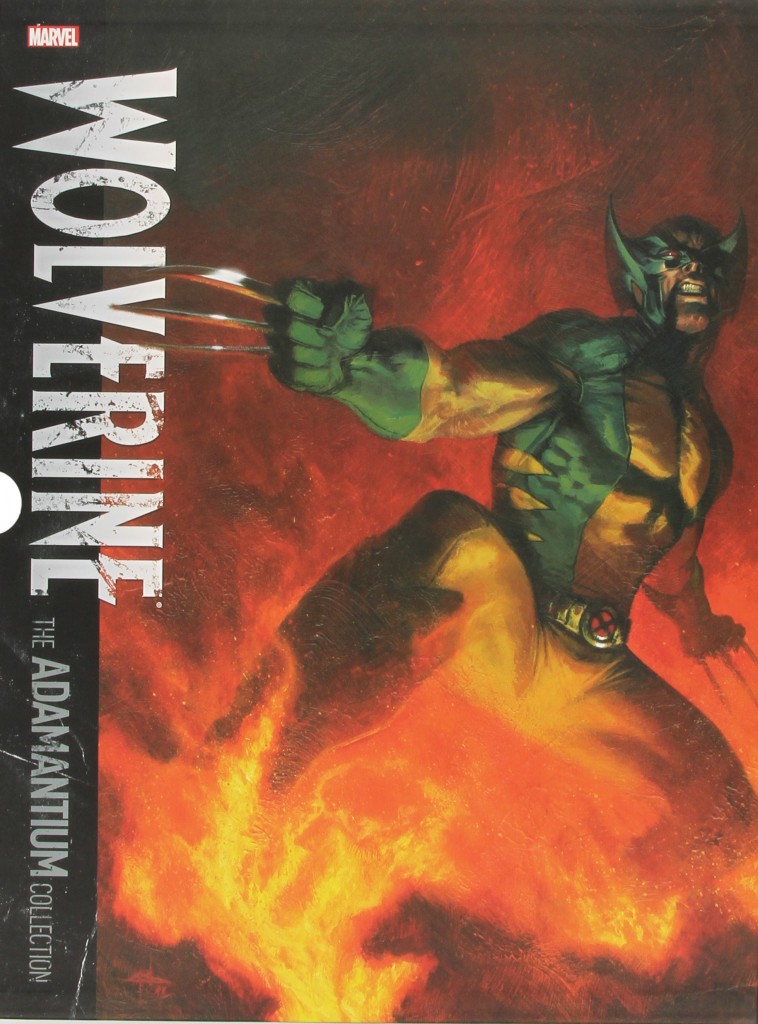 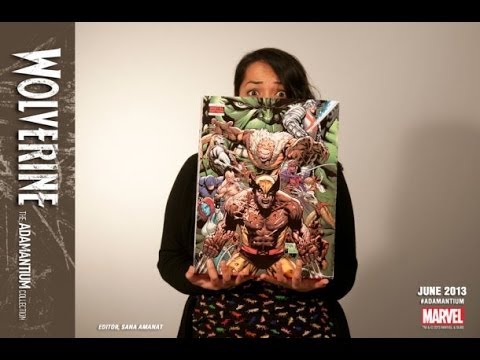 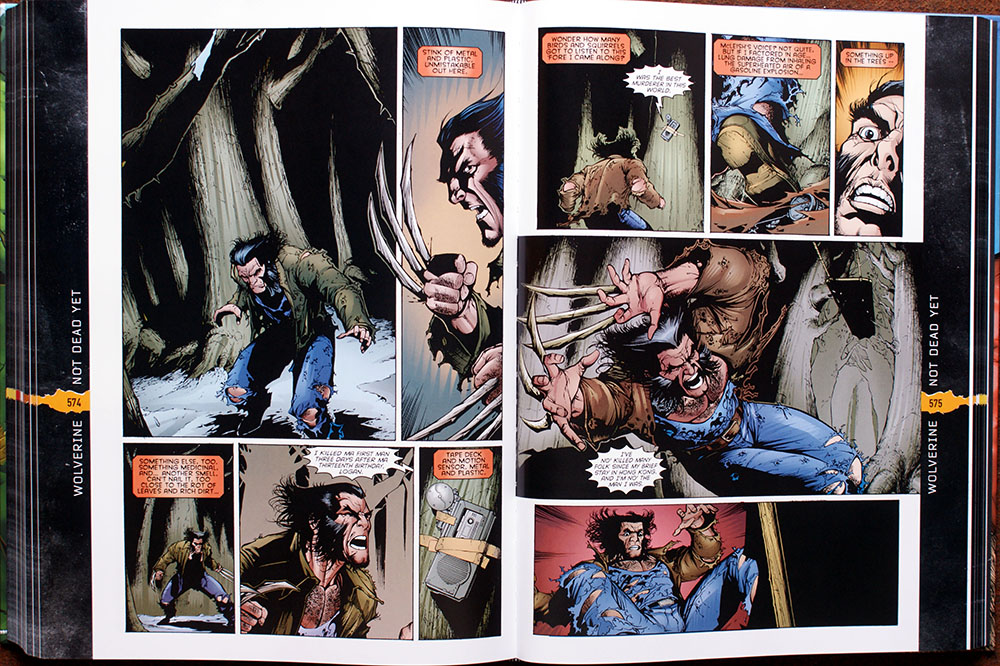 To coincide with the 2013 Wolverine movie, Marvel released this enormous and weighty slipcased, 700 page plus greatest hits collection under a new Billy Tan cover of Wolverine and his most significant foes. With one exception the stories are presented in chronological order as Wolverine lived them, not chronologically by year of publication, and in terms of choice it’s difficult to quibble with the selection. It encompasses five individual graphic novels plus some noteworthy material perhaps buried when included as makeweight elsewhere.

An example of that would be the story of Wolverine in a World War II concentration camp, the chronological lapse, by Mark Miller and Kaare Andrews, closing the Enemy of the State collection. The topic may sound crass, but the creators work magic. The more predictable content is the first Wolverine miniseries, Origin, and Weapon X, while there’s also room for Not Dead Yet. For those unfamiliar with them, more detailed reviews can be found by following the links.

When released there was some criticism of including Jason Aaron and Chris Bachalo’s then very recent Wolverine and the X-Men, but it’s much needed. Reading this collection from cover to cover really brings home that Wolverine’s is a miserable and tortured existence, from which there’s little relief. It’s only with this final story selection that there’s even the slightest infusion of humour not of the bleakest kind. Wolverine is running what was Professor X’s school, and before re-opening the school inspectors have to be satisfied. Anyone considering this just a ploy directing readers to a then current title should take a look at Bachalo’s stunning art.

He’s in good company. Some artists illustrate very much in the style of the 1990s (the second Adam Kubert strip, Jim Lee) and that’s now dated poorly, but there’s a timeless quality to most of the remainder, be it Barry Windsor-Smith’s ornate delicacy, the silhouettes of Andrews or Frank Miller’s merging of Japanese influences with his own style. Also included are Paul Smith and Leinil Francis Yu (sample pages), and we’re in safe hands with most of the writing also, with the caveat that some of the earliest material is on the verbose side. The illustration seen on most sales sites is actually the cardboard box containing this massive slipcased book, and those who care about such things will have to tear it to get at the book.

As most Wolverine fans will have the individual stories and the larger size presentation might not be inducement enough to part with over £150, the anthology is considerably bulked by extras. Each story is contextualised by the creators, and followed by any variant cover artwork to the original issues, and at the back of the book there are postcard size pictures of Wolverine in every costume he’s used over the years. This is followed by a further selection of Wolverine covers of note with comments from the artist.

Is this a superbly presented collection of top class Wolverine stories? Yes, but only you can decide if the presentation merits a list price of $200, or even the $100 it’s available for in 2017.