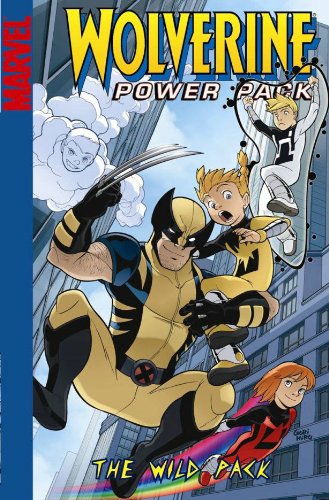 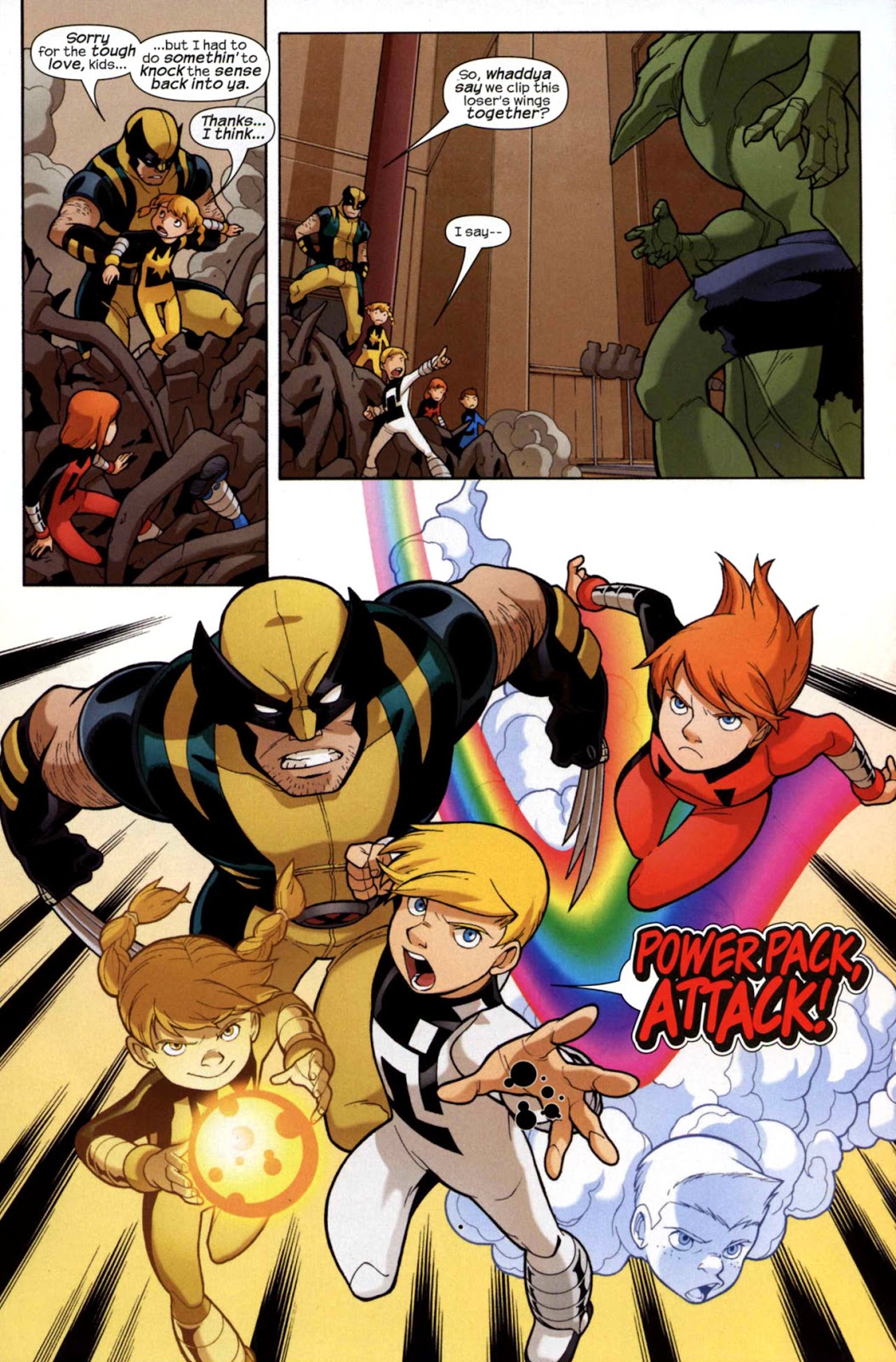 Does the idea of teaming Wolverine with Marvel’s family of pre-teen superheroes Power Pack seem likely or logical? It isn’t in any way. In order to have Wolverine mix with the younger audience that Power Pack is aimed at he has to be kindly old Unca Logie, and that version of the character has never been very credible. Plus, the cover notwithstanding, if Wolverine’s going to be suitable for a younger audience, there can’t be any stabbing or eviscerating, and even popping of claws is off the agenda most of the time, although Wolverine is seen to clench his fists. It’s a very watered down Wolverine appearing in this all-ages paperback.

Take that on board and Marc Sumerak hits the right tone with his plots, the third of four individual stories being a particularly clever way of featuring Wolverine. The Power Pack kids have the right mix of enthusiasm and discord, theirs a convincing family relationship, particularly the tone taken between brothers for the final story, set in Japan. Also on the agenda are Power Pack visiting the X-Men and attending some classes before interruption, and the opener in which energy sapping mutant Sauron is the danger. Some fool’s let him work in the museum.

Gurihiru draw three of the four stories, theirs exactly the right style for the audience, clear, bright and open with their people for the most part friendly. As the remaining story has a very different feel, Scott Koblish drawing it is fine, and he brings the necessary elements to life neatly.

Should you consider Wolverine in any respect suitable for a younger audience, The Wild Pack is fun.