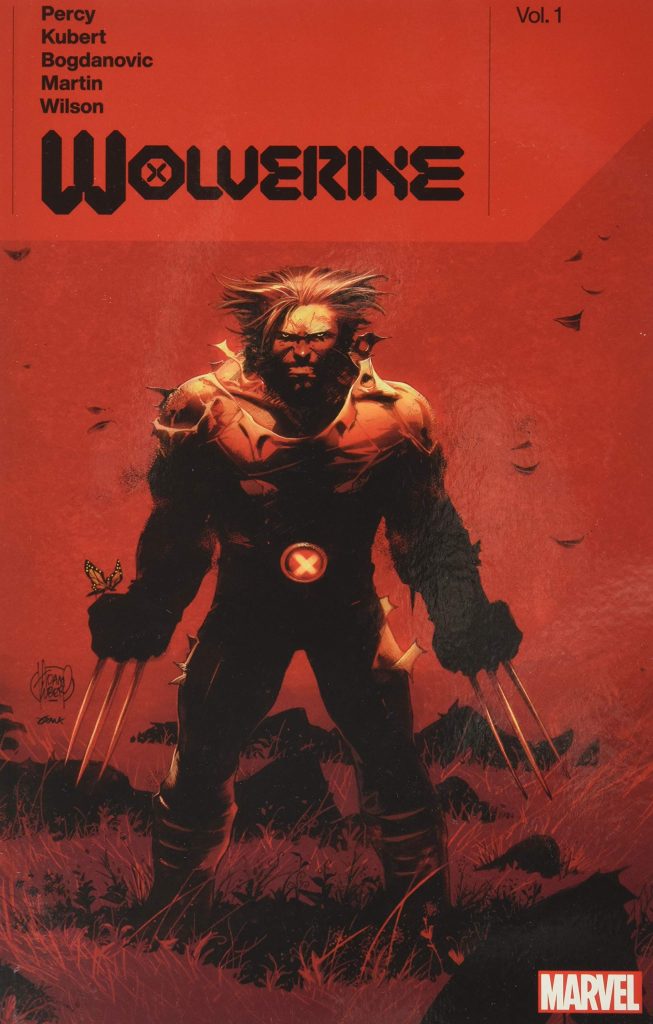 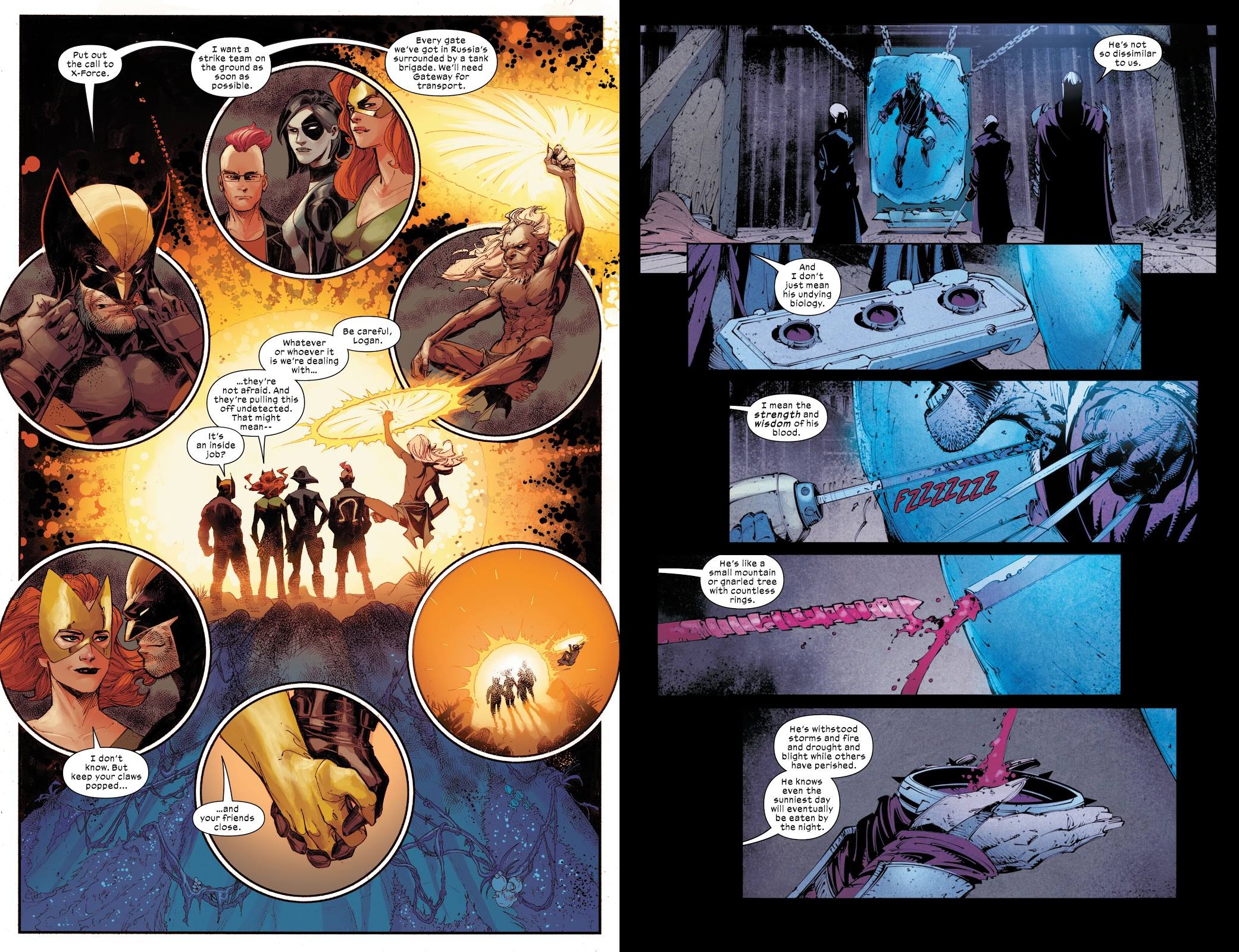 There have been many Wolverine series, but what distinguishes the writing of Benjamin Percy is that he ties this reboot directly into the X-Men continuity. Mutants are now all one almost happy family gathered on the living island of Krakoa, from which healing, plant-based drugs are distributed around the world, and Wolverine is part of X-Force, a team carrying out the unpleasant missions others might baulk at. As X-Force is also written by Percy, some consistency is possible, although it’s going to frustrate readers who prefer Wolverine as a slashing solo act rather than with a mutant backing band.

Over the opening pages, though, it seems as though Percy’s taking the shorthand route with Wolverine, who’s seemingly killed his team-mates, prompting an existential crisis, followed by an alcohol-worshipping session. We’ve seen it all before. However, while the beginning might be obvious, Percy sharpens up, introducing two plot threads that may rehash familiar themes, but which also refresh them. Just as mutants have united into a single community, so have vampires, and there’s someone very powerful taking discarded petals from Krakoan medicine and perverting their intended purpose by developing a street drug from them.

Adam Kubert has plenty of experience on high profile Wolverine projects (see recommendations) and has nothing left to prove with regard to the character, which is perhaps why his art is that of a good comic artist producing functional pages without ever stunning. His most memorable creation is the eccentric, overweight CIA agent who could be seen as a gentler mirror image of Wolverine. Viktor Bogdanovic is a far better fit, his slightly off-kilter people and spiky style selling the unnerving vampire community, with colour artist Matthew Wilson very effective on those sequences also.

The main vampire story occurs in Alaska, Percy inviting comparisons with 30 Days of Night before taking his story in a completely different direction. It’s new and interesting territory for Wolverine, and involves some righteous vengeance at the end, while Percy drops an interesting theory about becoming rich. It’s incomplete because someone has something coming to them, and that’s something to be anticipated in Vol. 2.