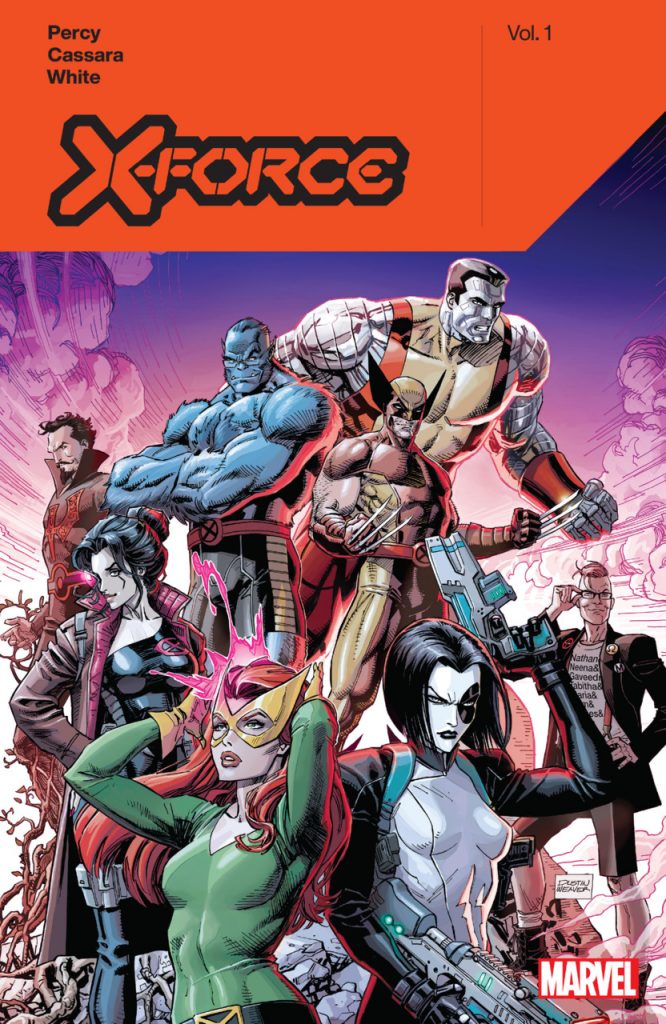 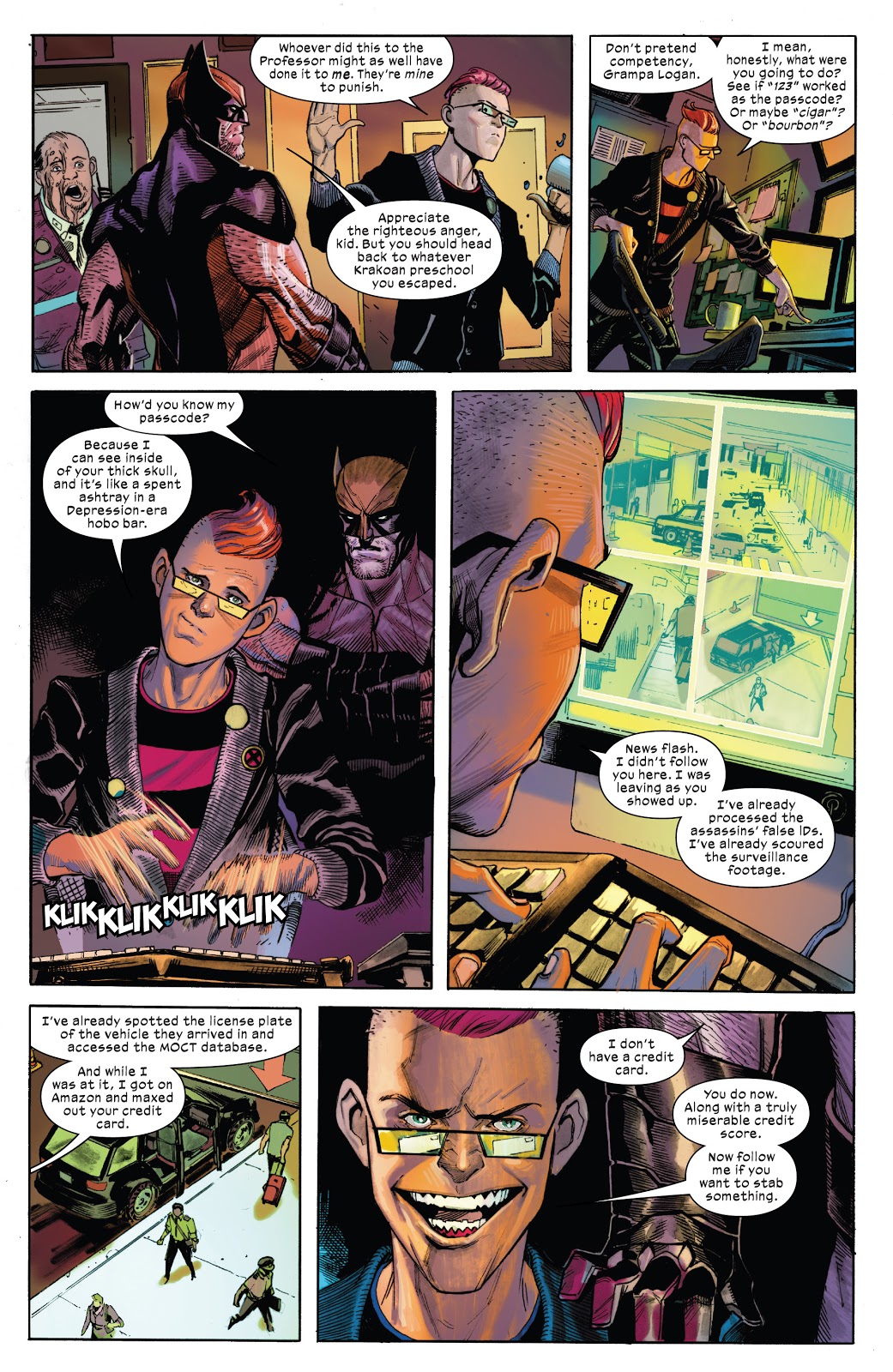 Among the assorted mutant teams X-Force have traditionally been proactive, sourcing potential threats instead of reacting to them, and in a way that’s what Benjamin Percy institutes, although not immediately. Before then the mutant community of Krakoa is taken by surprise, and Percy investigates the implications of a key aspect of the 2019 X-Men related titles. The X-Men can still die, but the cliché of their subsequent return is erased via the use of bio-technology through which they can be reborn.

Just as mutant society has reconvened en masse on Krakoa, the living island, so have the assorted mutant hate groups come together to form an alliance called Xeno, and they’re the main threat throughout. That being the case, it’s worth noting that this is also the least diverse of the mutant titles. The Native American Forge is the only person whose skin tone isn’t white (and we’re not counting Beast here).

If the agenda of X-Force differs from other mutant titles, so does the look. Joshua Cassara is very good, providing full feature panels, but it’s Dean White’s colouring that really brings the art to life. It’s presumably a form of digital painting, and he’s bold with the colours, especially very bright forms of blue. Moreso than the artists of related titles, they convey that much of the action takes place on a living and morphing island, not just a generic background. Cassara and by extension Percy also take a more graphic approach to violence, to the point where X-Force crosses the line demarking the traditional X-Men story. Horrible things happen to people and those horrible things are shown happening.

In common with all the relaunched mutant titles, X-Force includes text pages, but Percy uses these differently. Instead of background information dumps, he skips over some events as text interludes, looking in on people’s thoughts or providing bridges between two story sections. Depending on your view these are valid additions or they negate the point of comics in the first place.

It’s a minor point in the bigger picture of a collection that twists around nicely and places ethical issues up front, and not just those with a simple answer. For all the vivid colour, textually shades of grey dominate. Look forward to Vol. 2 delivering more of the same. 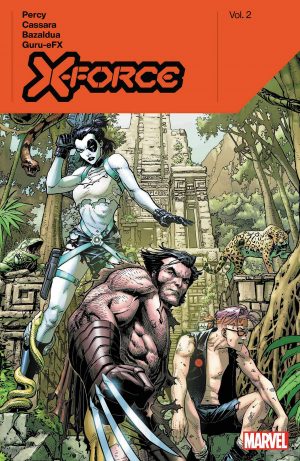 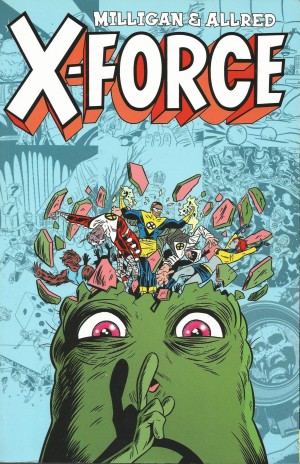 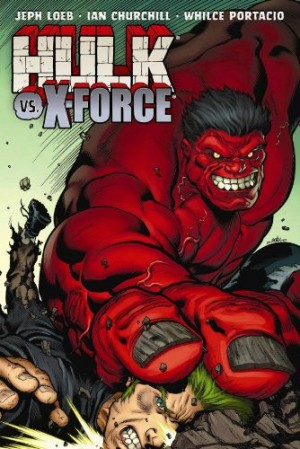