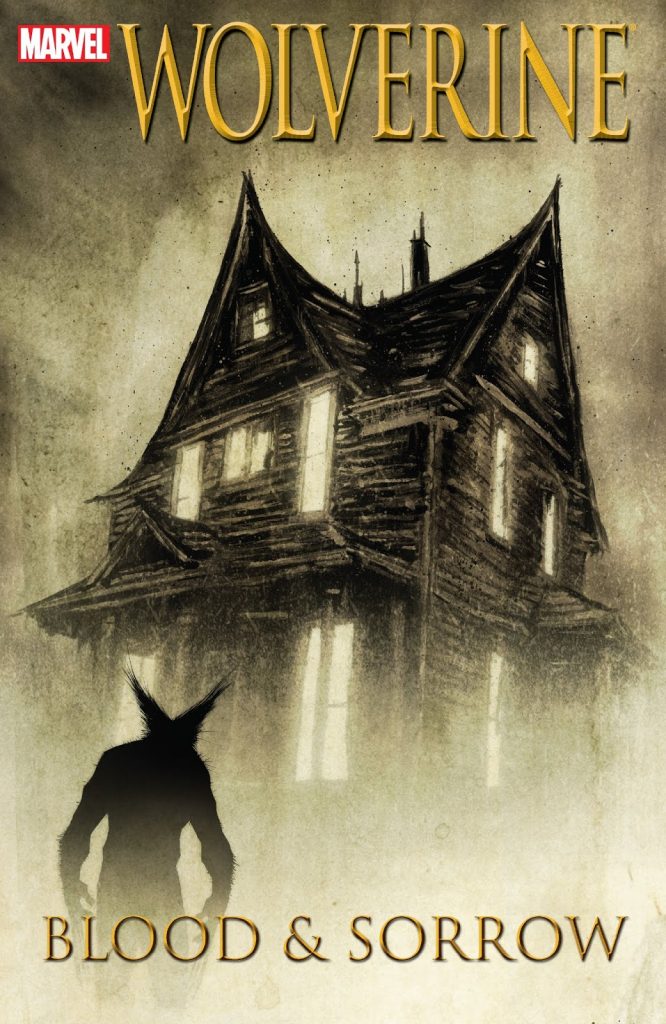 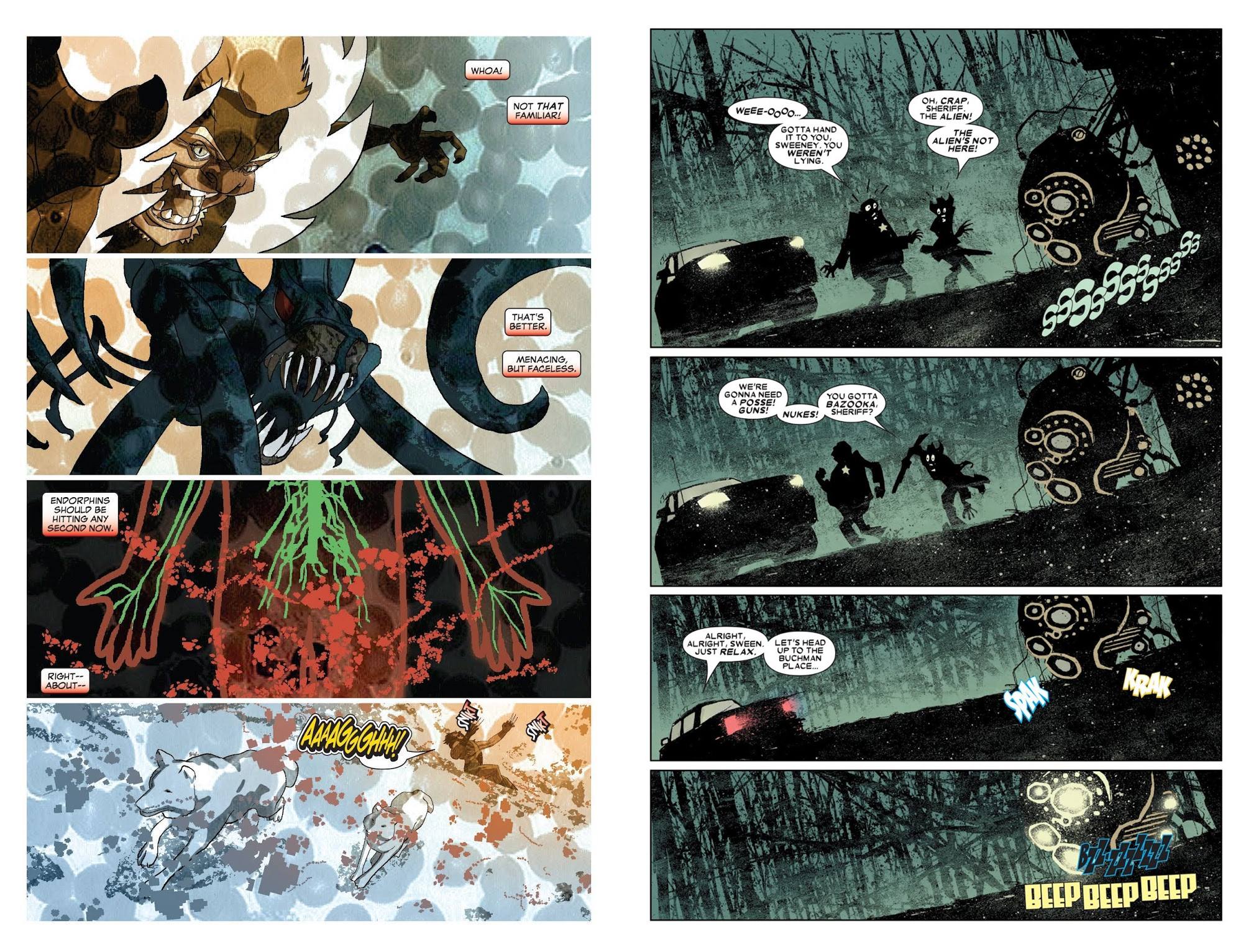 Blood & Sorrow provides a home for four standalone stories from the 2003 relaunch of Wolverine’s title, the opening pair by the creative combination of Stuart Moore and C. P. Smith.

Neither is a standard Wolverine story, which is a good start, and both actually require Wolverine, who couldn’t be replaced by anyone else. The first deals with Wolverine’s accelerated healing factor, so often a convenient story gimmick, but not via this treatment. Moore supplies Wolverine’s first person narrative, not precisely explaining how the healing works, but the process that Wolverine has to go through to recover rapidly from what would be fatal injuries for others. It needs an artist capable of interpretation, and Smith provides his images in brief, sometimes disconnected horizontal panels extending across the page. It makes for an intelligently different examination.

Wolverine’s then seen in Africa having to rescue and protect a baby. No-one wants to see a baby harmed, so audience sympathy is instant, and the baby doubles as a smart limiting factor, meaning Wolverine has to prioritise stealth over slash, while at any moment the baby could cry and reveal him. Smith is again impressive, still exclusively using long horizontal panels, but here more traditional with his storytelling. However, a good idea and a good, risky, ending are separated by too many pages running on tension.

There’s a fair amount of that in David Lapham and David Aja’s story as well, spotlighting a remote Dakota community uncertain exactly what’s fallen from the skies. Turns out it’s a badly wounded Wolverine, and a giant robot. Aja draws this beautifully, only glimpsed in shadow, but ungainly technology, while Lapham combines rural horror with the threat of standard villains Hydra. It’s a really effective mood piece, a dark commentary on human nature with some creepy touches.

Having wallowed in the darkness for three consecutive stories beforehand, Rob Williams and Laurence Campbell have Wolverine go Christmas shopping in the closer. It’s another clever story, ridiculous while simultaneously presenting a viable threat in a location where Wolverine can’t just cut loose. A decent Christmas story requires some message of hope or redemption, and Williams provides both, while Campbell will have you believing in rampaging elves.

Marvel have a very haphazard policy with regarding to collections of some characters, and other Wolverine graphic novels can seem like any old four stories slapped together with a $25 price tag. Blood & Sorrow actually delivers, with each of the four stories presenting something Wolverine can’t just slash his way through, without shortchanging on the slashing either.