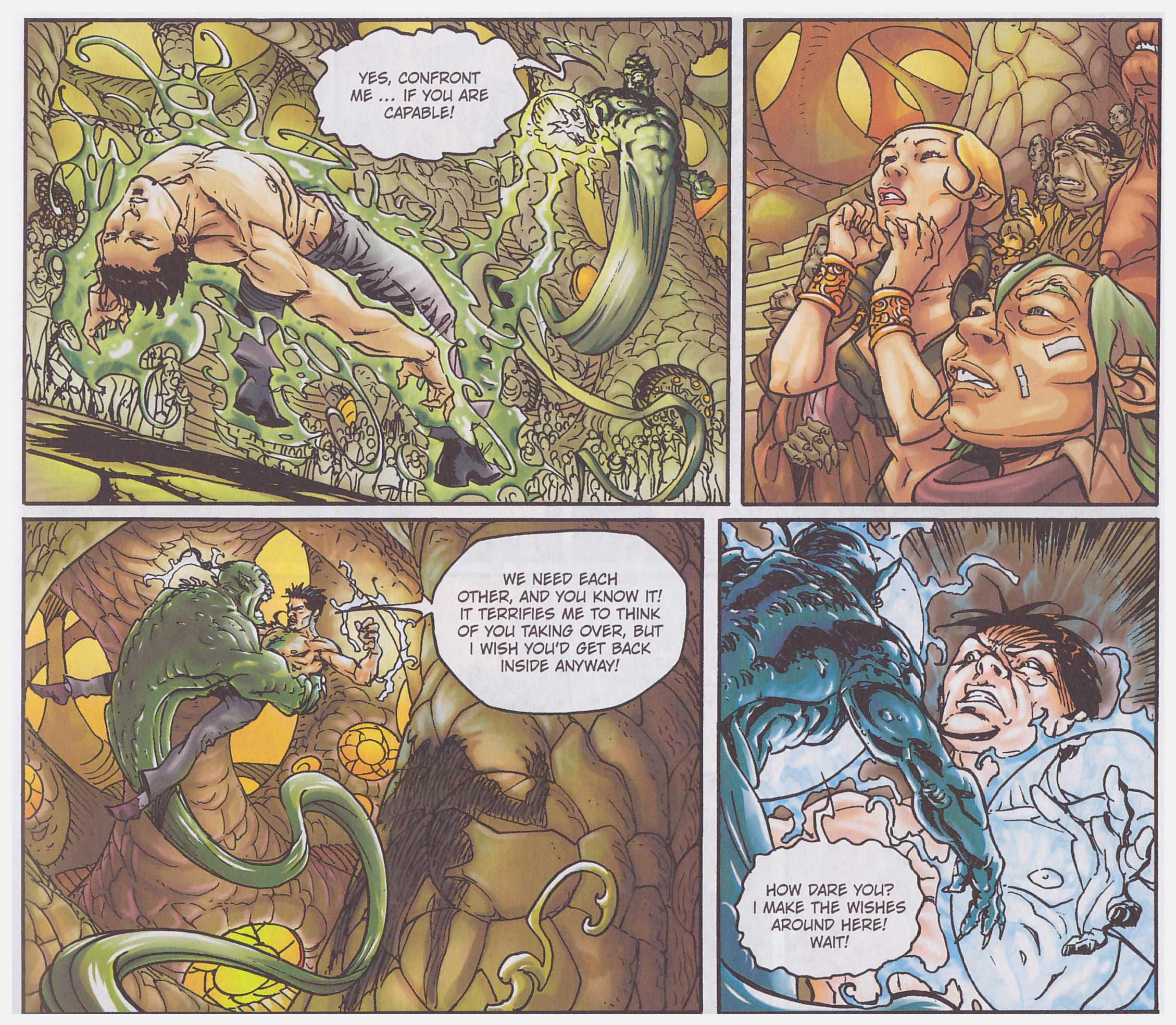 This is a further very frustrating volume of Wisher. It’s certainly a great improvement on the sluggish movement of plot within Faeriehood, but there are lapses of logic here that either writer Sébastien Latour or an editor should have picked up.

The basic plot is that the hidden Faerie community believe their saviour is genie, concealed by spells within the otherwise seemingly normal Nigel. After events of the previous book, and reflecting on his life, Nigel has come to believe this is also the case, and the book is a direct continuation of Faeriehood eith the mystical community attempting to release the inner Nigel.

The mid-section is a chase sequence with the MI10 agents tracking down our Nigel and his new allies before they can connect with someone important to them. It’s thrillingly played out, with misdirection a feature, yet the final escape depends on advance knowledge of a location randomly chosen by others. It’s preceded by some clumsy storytelling as a scene has to be shown twice in four pages to explain what happened. Other problems are Banshee seen off into a maze from which she’s still not emerged in concluding volume Bowler Hat and Faery Cane, and there appears no underlying reason for this.

When Latour puts his mind to it, though, there are thrilling moments and wonderful surprises. It’s now universally accepted that Nigel is the genie the faerie community have been searching for, yet the circumstances of his true self being entrapped require some investigation. Before this can occur someone needs to carry out a precise and sensitive investigation. Both their identity and arrival are imaginative, and Latour pulls everything along well, but to rather a telegraphed ending.

The art from Giulio De Vita maintains a greater consistency, being very good from beginning to end. His skill with a composition delivers a thrill to the action sequences, and he drops into some fine decorative scenes, such as Merlin’s office within the Faerie hideout, kitted out with items on loan from the British Museum collection. Possibly not officially. The design he established for the Faerie community’s hideout in The Faeriehood also serves him well here, adapting to several conversational requirements.