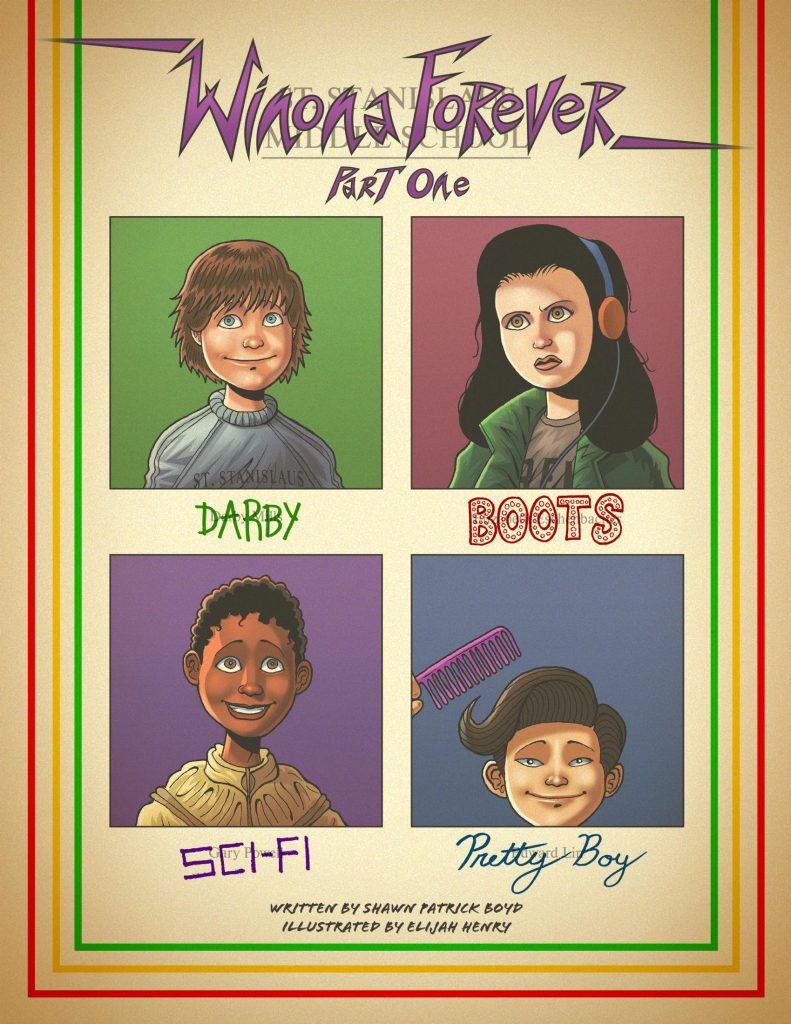 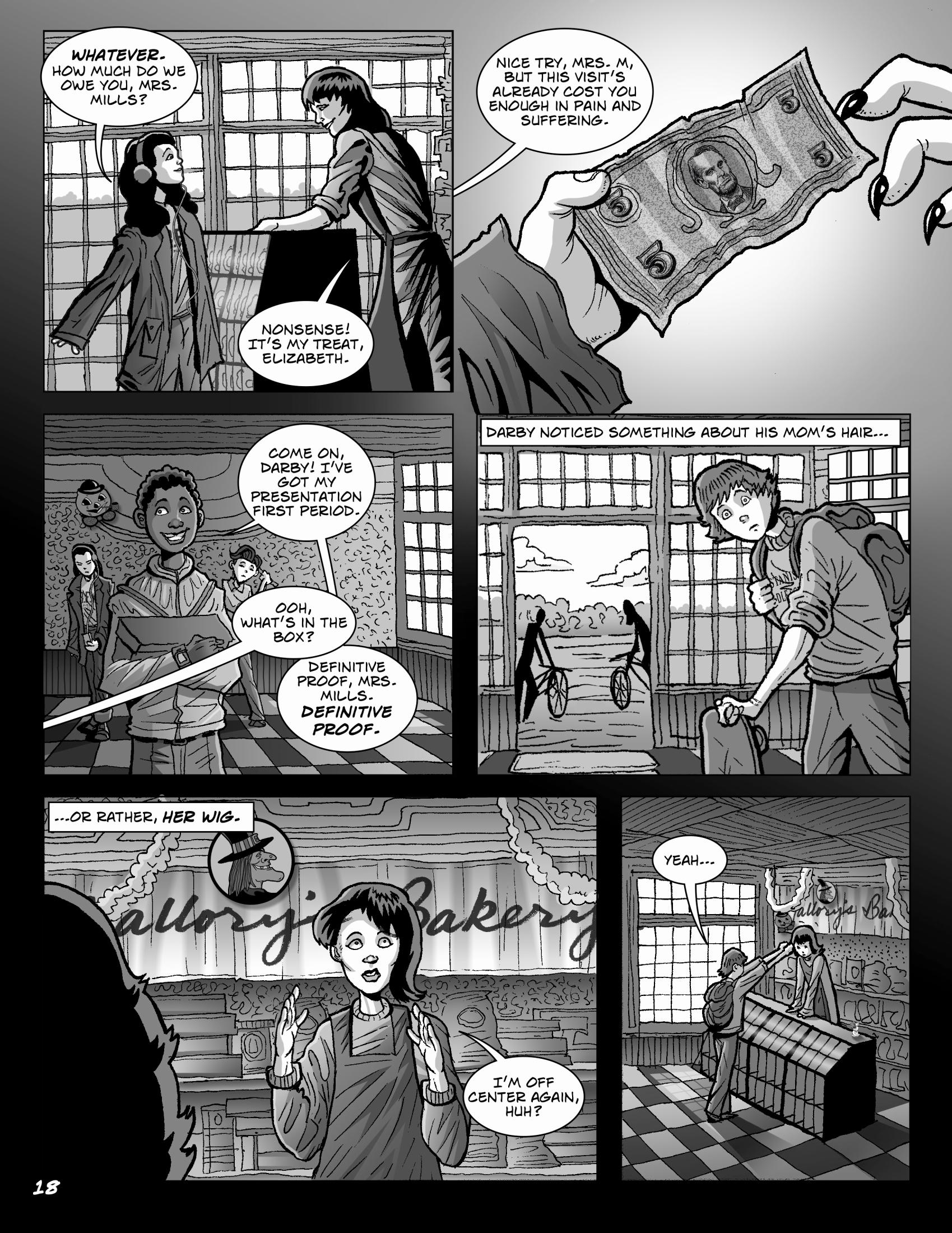 Writer Shawn Patrick Boyd barely hides his influences for Winona Forever. Anyone who reached their teens in the mid-1980s will pick up several, while those who’ve more recently thrilled to Stranger Things will certainly recognise the distinctive name. However, while designed to evoke actress Winona Ryder, who is mentioned, it actually refers to the less famous Minnesota town where her name originated.

Boyd and artist Elijah Henry distance matters slightly by setting the opening scenes a few centuries predating Winona the town or person, among clerics willing to murder for an ancient relic. Also distancing what might otherwise be a homage too close to its influences is the tragedy affecting one of the four teenage friends seen on the cover. Darby, Boots, Sci-Fi and Pretty Boy are the outsiders of their class, four bright kids who nonetheless earn a working detention, which is where the plots of the ancient relic and 1980s Winona begin to merge.

Winona Forever frustrates. Were there no frustration at all it would indicate the creators haven’t fulfilled their part of the bargain, so in one sense that’s a good thing. Henry designs distinctive and appealing characters and the grey wash applied to the locations gives an individual look, and Boyd supplies a cast we can feel for, and a few surprises along the way. However, the frustration also applies to the pacing. We’re getting around a quarter of the story, presuming the proposed three following volumes have the same page count, during which there’s been a leisurely approach to introducing the characters and the situations, and events only really kick into gear in the final pages. A more satisfying read would have cut the opening sequence in the past considerably, also reduced a classroom lecture, and supplied more activity for the main cast.

There is fun, drama and intrigue, but enthusiasm notwithstanding, the chances of self-published graphic novels making a continuation is slim. Greater story content in this first volume would have generated extra appeal. There’s no click through listing for online book retailers, but heading to the Kickstarter page supplies more information and a link to buy.