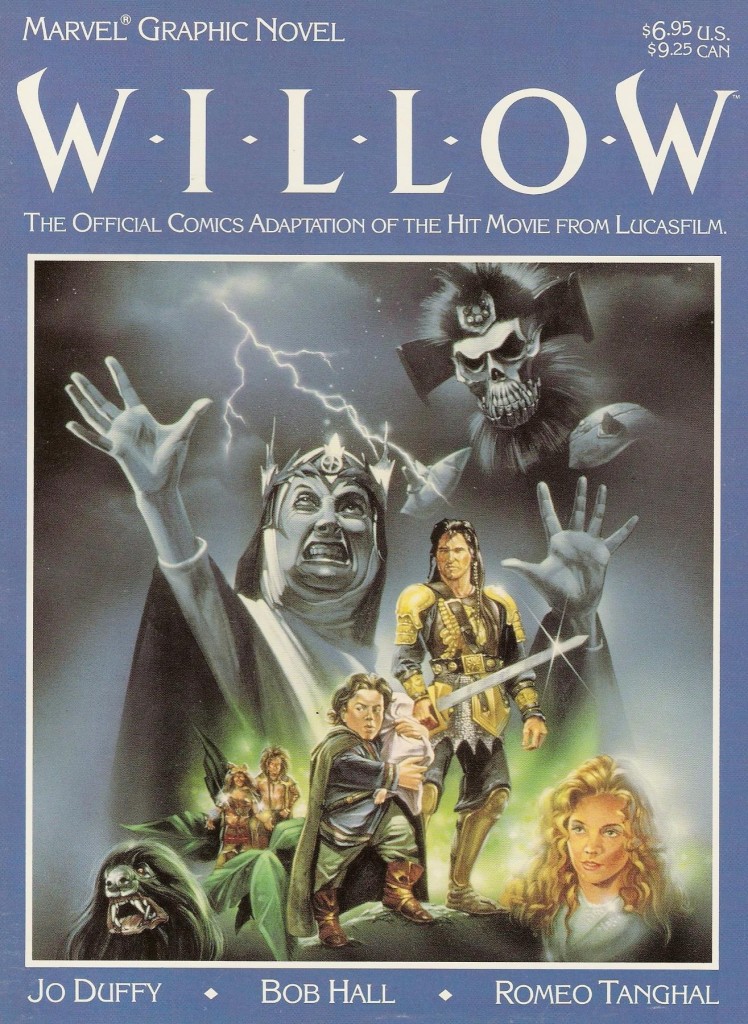 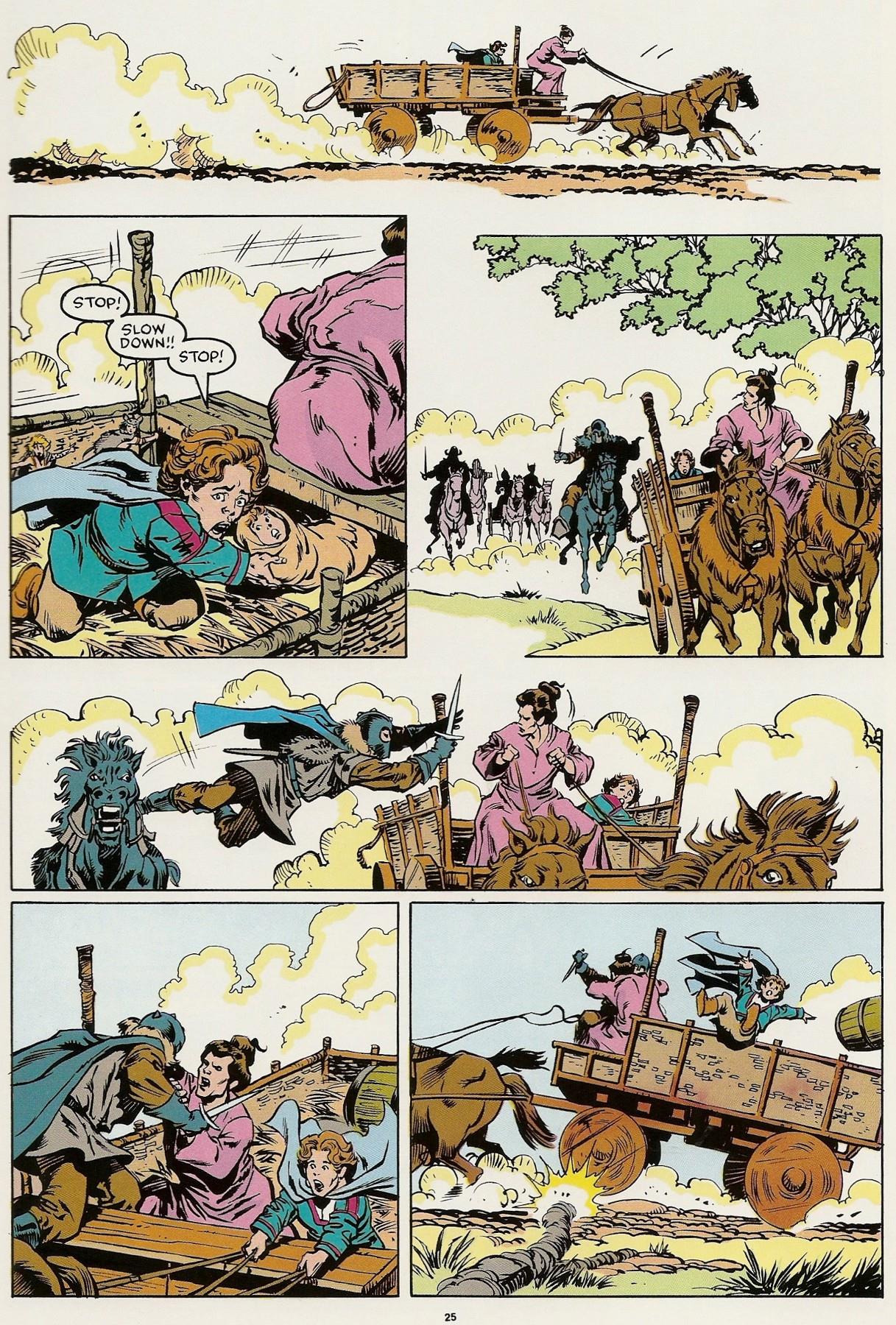 Although George Lucas conceived Willow as he worked on his first Star Wars film in the mid-1970s, it was well over a decade later before his fantasy film hit the cinema screens. It begins as an extraordinarily brazen mash-up of biblical atrocity and fairy tale as a wicked Queen is killing babies to ensure a prophecy about a child with a particular birthmark being her downfall cannot come to pass. One baby eludes her, drifting on a bed of reeds down the river into a community of dwarves. Here we meet Willow Ufgood, would-be sorceror’s apprentice, but lacking the finesse.

Willow is his own worst enemy, not trusting himself, but perhaps a mission to deliver the baby safely to its own people will instil an inner confidence. This journey is fraught, though, as the Queen’s forces still search for the infant.

Given the choices available to Marvel in the late 1980s, the assignment of the art to Bob Hall may seem misplaced, but he rises to the occasion. Always strong in delivering plain layouts that tell the story, he adds a decorative quality to his cast, conveying the comedy drama very well and supplying the occasional page that’s very nice indeed. The inking from Romeo Tanghal doesn’t hurt. Either cast likenesses weren’t on the agenda, though, or that particular string isn’t on Hall’s bow, but the cast he creates are fine for the circumstances.

The script is more problematical, as Jo Duffy has to stick closely to the film’s plot, and at every turn there’s less originality. We have references to Jack and the Beanstalk, Gulliver’s Travels, and the myth of Circe, while the remainder is standard material. The plot meanders, and while, ironically, the book now presents the special effects elements better than what was at the time the state of the art technology of Lucas’ studio, there’s a continual sense of padding.

In terms of film, The Princess Bride covers much the same territory with far greater wit and charm.