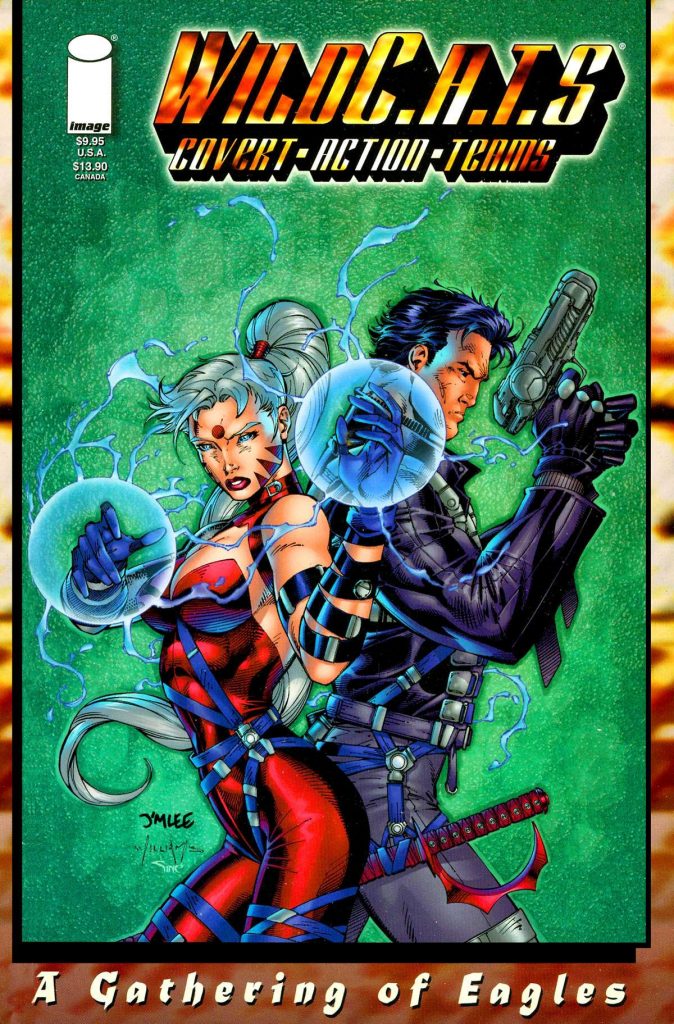 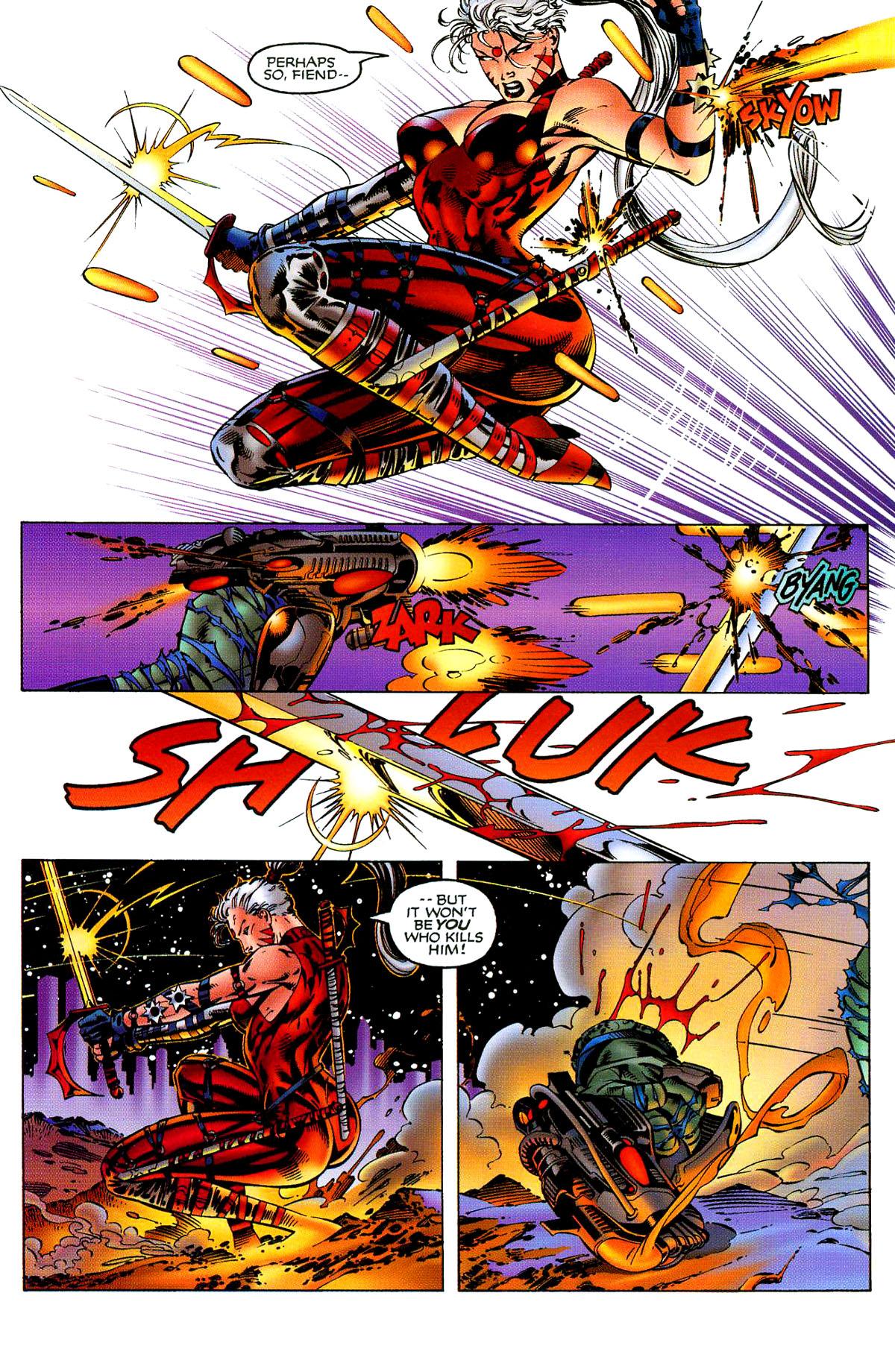 WildC.A.T.S. was a phenomenal success from the launch of its first issue in 1992, but feeling perhaps that things could be creatively improved, Jim Lee stepped aside from plotting his creation. He also sidelined co-writer Brandon Choi, and brought Chris Claremont on board to write what would be Lee’s final regular work on the series.

Lee’s art is a mixture of the utterly dynamic with the resolutely awkward. He’s an individual stylist, and A Gathering of Eagles features his best work on WildC.A.T.S. because he’s moved beyond trying to create posed pin-up pages, and incorporates his notable images within the context of telling a story. At his best, he could lay out a spectacular page like no other 1990s superhero artist, but those pages still present woefully proportioned, emaciated fantasy women with pinched features and globular breasts. It’s a consistent look, but unlike the work of earlier superhero stylists, it’s extremely difficult to look past those figures to the essence of the page.

When writing X-Men during the 1980s Claremont had a reputation for never concluding sub-plots. Here he does the opposite. Over Compendium and Killer Instinct the idea of the WildC.A.T.S. team being connected with a war between two alien powers that’s lasted centuries ran in the background without ever being properly explored. Claremont hones in on that plot, and in the process gives some coherency to a lot of good ideas that hadn’t moved beyond concepts. He refashions what Zealot is capable of, and the villains he introduces provide a legitimate threat rather than the slashing maniacs WildC.A.T.S. were pitted against before. It’s not all good, however, as Claremont overbakes matters with tiresome, monologuing villains as he re-runs an old X-Men plot, having the WildC.A.T.S. subverted to release their inner demons. Also, few of the WildC.A.T.S. interest Claremont, so most are put out of action while new characters save the title team, which is never a great idea.

If you want a flavour of why Lee’s art was so loved in the 1990s, this is the best of his WildC.A.T.S. work, but the story style hasn’t aged well. Alternatively it’s included with almost everything else Lee drew for WildC.A.T.S. in Absolute WildC.A.T.S. 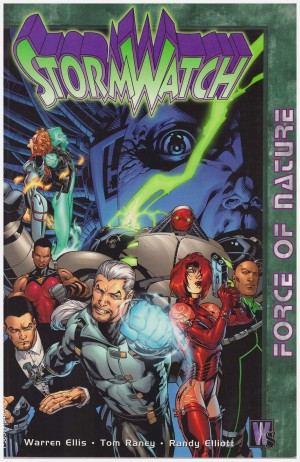