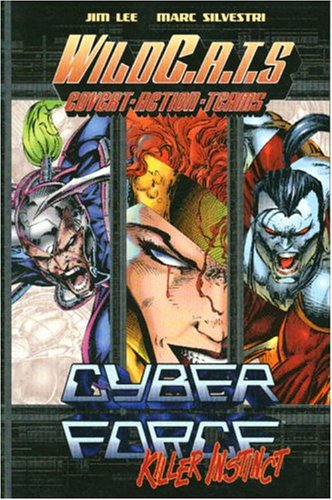 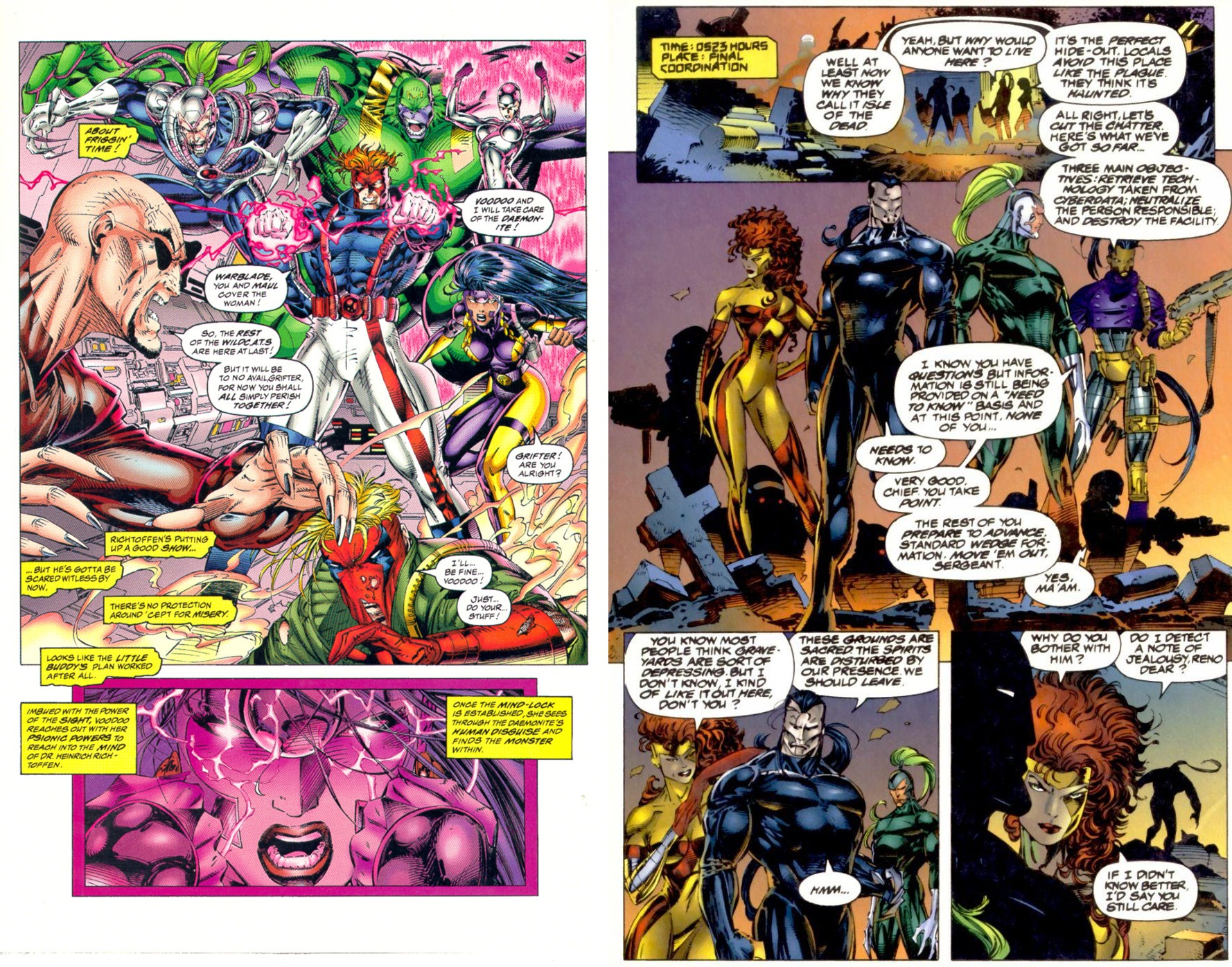 In 1992 Jim Lee’s WildC.A.T.S. and Marc Silvestri’s Cyber Force were hardly different from the types of comics they’d been drawing for Marvel in 1991, but crucially proved their point about the importance of creators, being runaway successes.

In an era when the sale of original artwork was a consideration in laying out a comic, both artists ensure their pages are all-action, and their story told in as few panels as possible, whenever they can extending the art over two page spreads. They’re messy, crowded, feature some woefully distorted figures, but in Lee’s case there’s an energy to them and it’s obvious that he has it within him to become something better. That’s not the case for Silvestri, who draws the Cyber Force chapters. His cast are so tough they chew bricks for breakfast and their muscles have muscles, unless that character is a woman, in which case she’s supernaturally thin with legs and bottom two-thirds of her height, while carrying football sized breasts. It’s not pretty. It’s made even worse by the dialogue of Eric Silvestri, under whom no-one has a normal conversation, they snarl and snipe at each other when they’re not snarling and sniping at the enemy or explaining the plot. It’s superheroes reduced to their absolute basic. The names of the individual WildC.A.T.S. are hardly elegant, but compared with the likes of Ripclaw, Killjoy, Stryker and Cyblade they’re bastions of considered subtlety.

WildC.A.T. Spartan is an artificial being created by technology light years ahead of Earth’s present technological limitations. He’s disturbed, therefore, to discover that his algorithms have been copied, and concerned about the possible misuse. As is so often the case when super-teams meet, they fight on the flimsiest of pretexts, as there’s never enough to time to explain, but always enough time for a battle that takes so much longer. An explanation is provided for this, but not one that stands up to much scrutiny.

Apologies to anyone whose childhood excitement it was, but this is shoddy stuff. If you’re really that keen to see it again, it’s been collected in Absolute WildC.A.T.S. So has A Gathering of Eagles, the next WildC.A.T.S. collection, and Compendium, the first. If you want more Cyberforce, only Assault With a Deadly Woman was ever compiled from the 1990s series (the catch-all Cyberforce Compendium appears in listings but seems not to have been published). Silvestri has re-booted the series at least twice since.