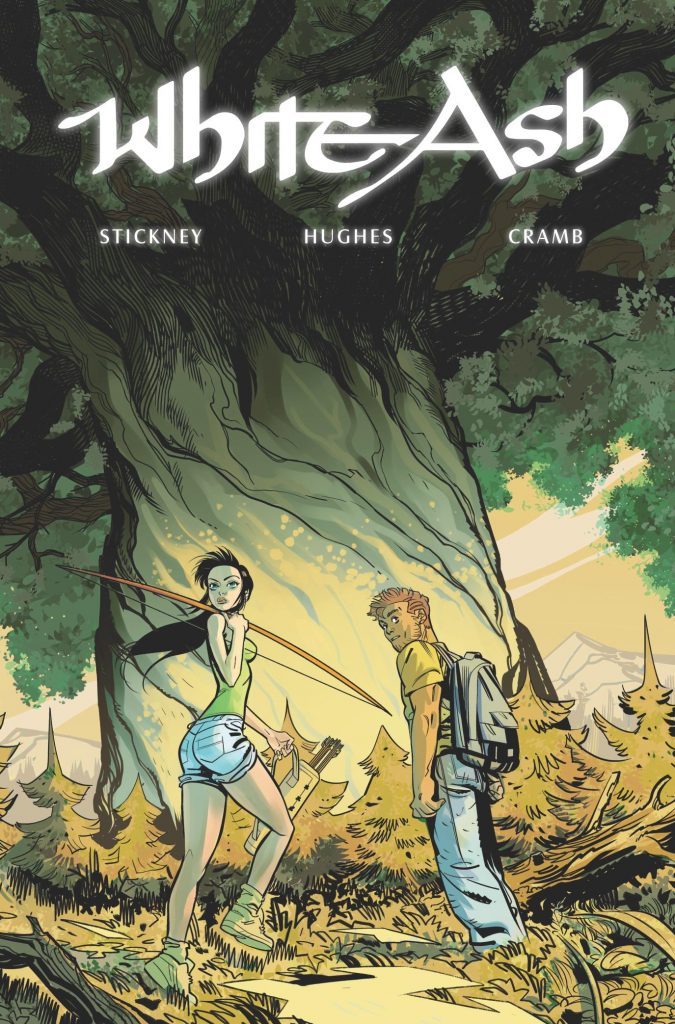 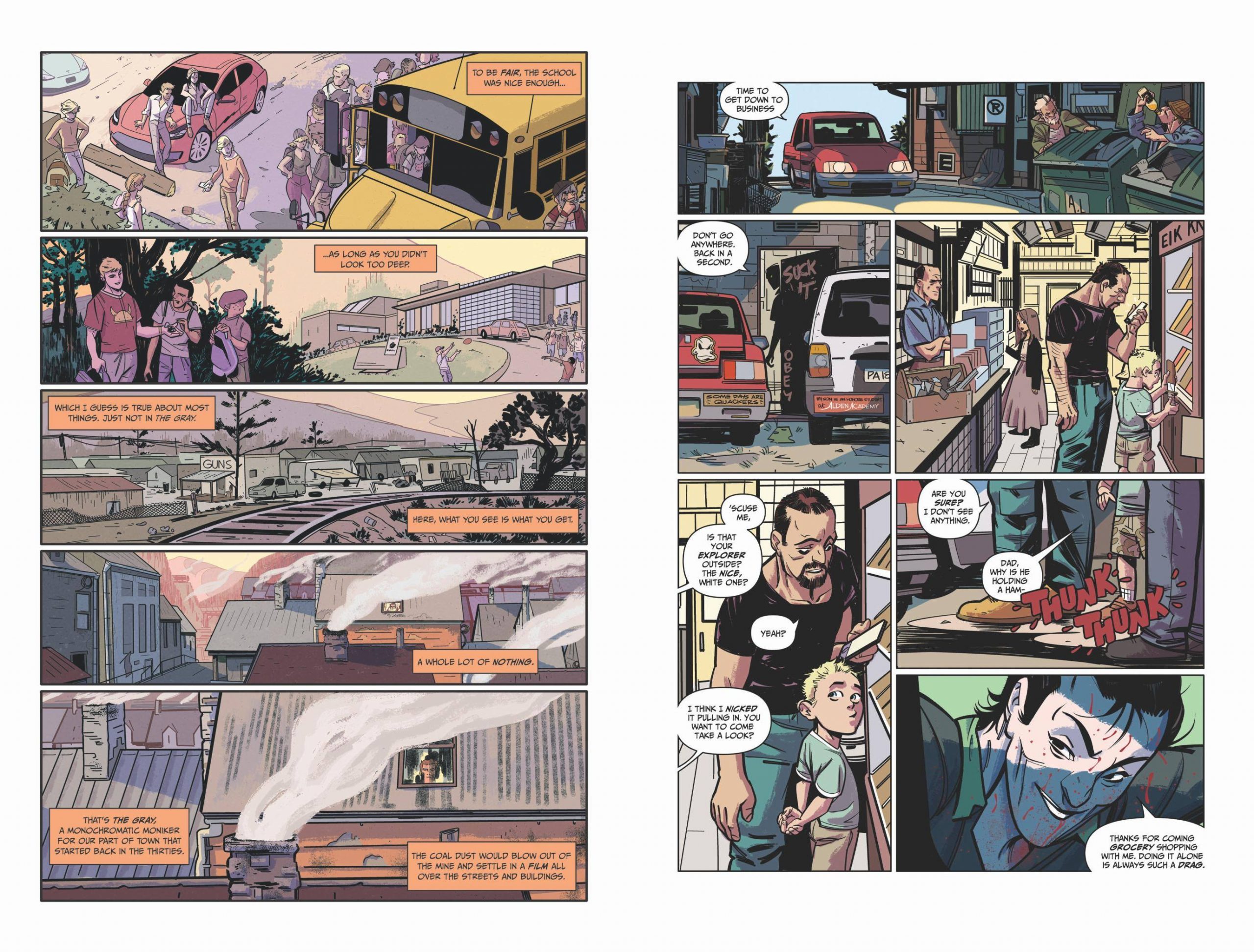 Aleck Zwerg is on the verge of leaving the Pennsylvania mining community of White Ash to go to college. His mistake is to head round to the local mine owner who’s stiffed him on his last payment, as it means he’s still there when there’s an explosion in the mine. Among the casualties is his father.

Before that Charlie Stickney has adroitly introduced us to several other characters in White Ash via short scenes that cleverly reveal personalities, for better or worse. That process is immensely helped by the massive effort put in by artist Conor Hughes to embed the cast in their town, as seen on the sample pages. Far more so than with other dramas in graphic novel form, Stickney and Hughes give a fully rounded idea of a blue collar community and the local power structure.

It’s a great introduction, but that’s all it is, because a third of the way through Stickney starts introducing the anomalies. All towns have secrets, and White Ash’s are bigger than most. Yet when it’s revealed what Alex is, it makes perfect sense from what’s already been shown. The creators choose not to give much away on their understated cover, and it’s difficult to consider White Ash without revealing some of what they’ve chosen not to reveal. If you’d prefer not to know, don’t read beyond this paragraph, but be advised that the high standards applied to the opening third of White Ash are applicable all the way through.

It’s shown early that Aleck has a difficult relationship with his father, and that’s partly because secrets have been kept from him. The most pertinent is that he’s a dwarf, like the dwarves of legend, a perhaps too obvious hint being his name translating as Dwarf in German. Once the fantasy element is introduced Stickney and Hughes build their new world as solidly as the earlier section, introducing a threat and a mythology explaining much about White Ash and its true purpose. The journey from that point is well worth following. It’s still rooted in a form of reality, but serves up an accompanying dose of fantasy, fresh for being restricted, and you’ll admire how casually Stickney drops relevant information.

This may well be the fantasy series for readers not keen on fantasy. It’s a class act, all the more impressive for being a first effort, compelling drama from start to finish, and if quality is any indicator it’ll be first of many visits to White Ash.