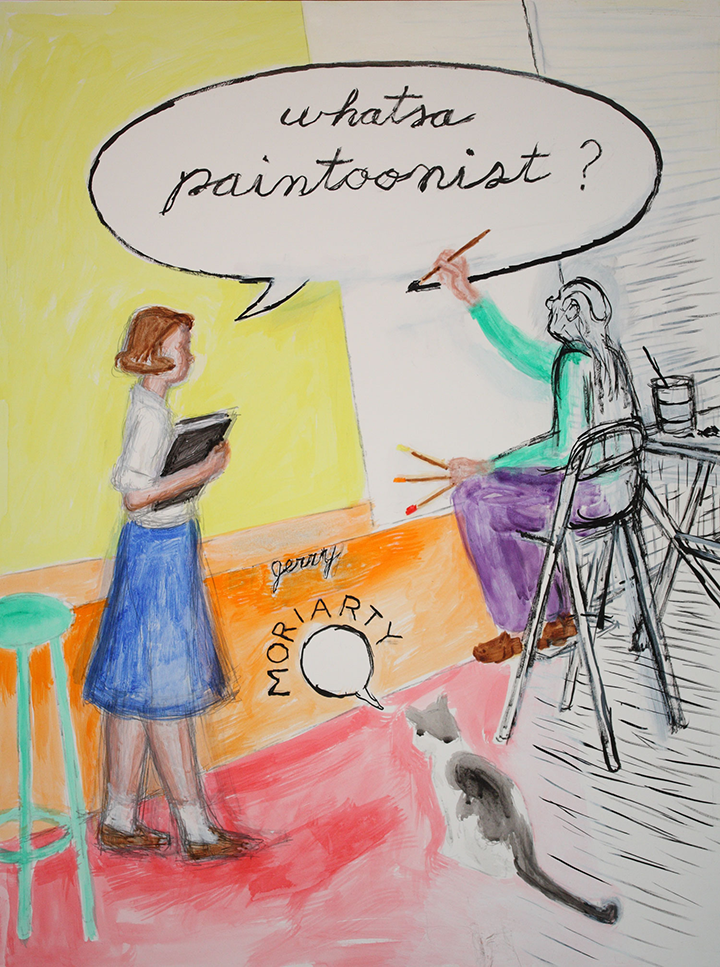 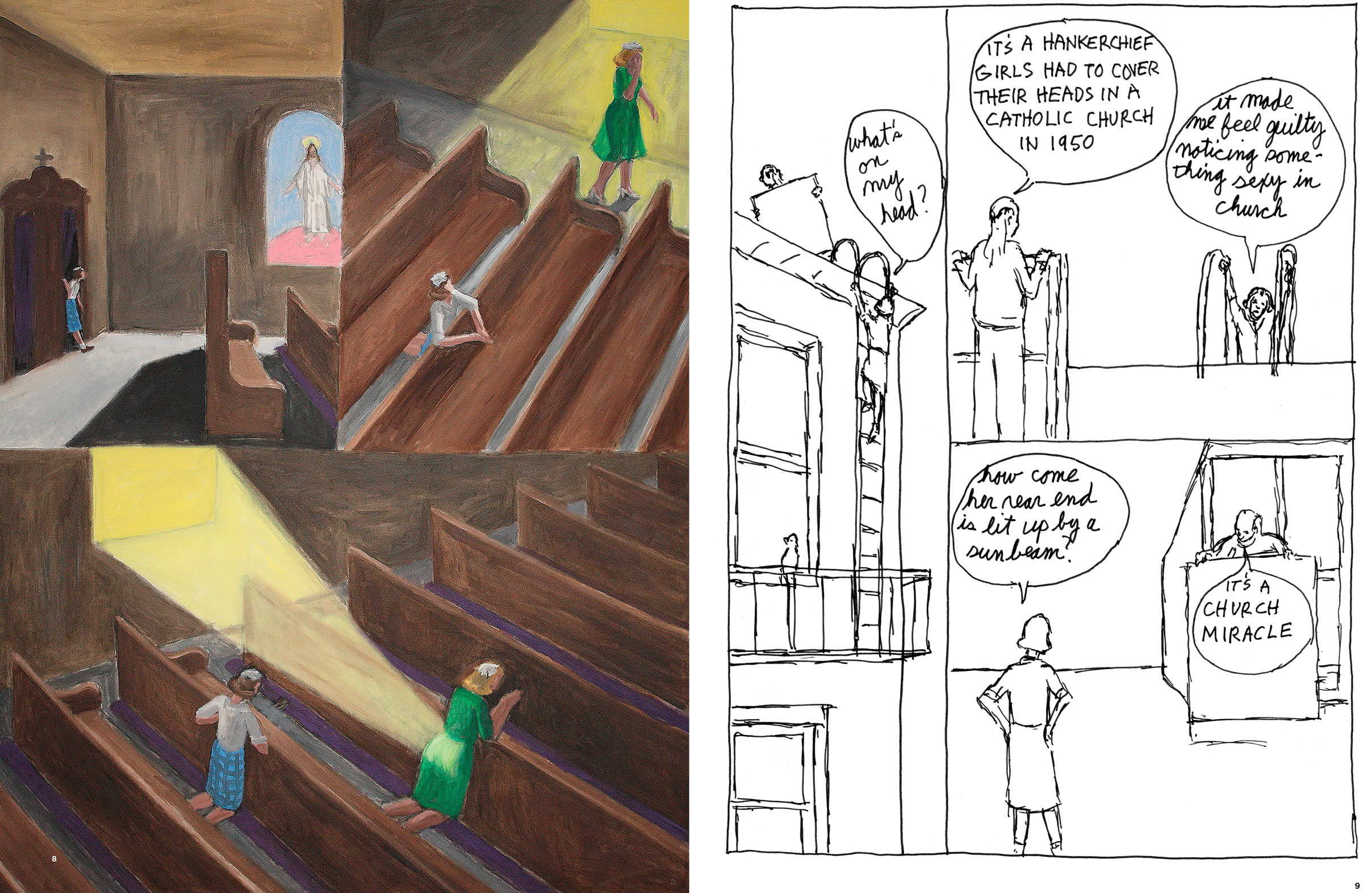 Jerry Moriarty’s Jack Survives was a strip which he originally wrote and drew for Raw in the 1980s. It chronicled the daily life of an unremarkable middle-aged white suburban man, who ‘survives’ the various small indignities, misunderstandings and inconveniences of a typical day. That man, Jack, was based on Jerry Moriarty’s father who died in his fifties, and Moriarty’s strip was a way to memorialise him, fixed in the 1950s. A similar kind of impulse is active in this new collection of paintings and drawings Whatsa Paintoonist?

This large-format hardcover book combines colour acrylic paintings with black and white ink comics pages. Each painting, or sequence of paintings, depicts a scene recreated from Moriarty’s memories of things that he experienced as a teenager in Binghampton, where he lived until he was eighteen.  Pages of comics next to each painted sequence show the artist, usually with the just-completed painting in his hand, explaining what is happening in these pictures, the significance of these particular memories of events and why he painted them. He isn’t talking to us, his readers, however. The person with whom he interacts in the comics and who appears in all the paintings is a teenage girl named Sally. She has a complicated job, designed to look like his sister Pat did in the 1950s but also to act as a stand-in for Moriarty (“I got bored with my male art and wanted to explore the less male me the Sally-Me”).

Sally has lots of questions about where she is, what she is doing and why in each painting, and through Moriarty’s explanations to her we also get to find out what this project is all about: “By painting the place where I want to go and who I want to see … the painting becomes a time machine and there I am in the past visiting my dad”. The fascinating contrast between the solidly realised past and the shaky, thin-lined present becomes a bit less clear as the book goes on. Moriarty’s drawings and paintings both become looser and less detailed, with less naturalistic colour, as the two time periods merge into a single continuous dreamy state. Finally, there are some black and white photographs of Moriarty as a teenage boy with his sister Pat, his father and one shot of the whole Moriarty family, which in this context have a painfully yearning quality to them.

It’s possible to feel both moved by Whatsa Paintoonist? and then not at all, left completely on the outside, your feelings irrelevant to this intensely personal act of remembrance as the book finishes with Moriarty, sitting in front of a blank canvas. “I give up – what’s a paintoonist” he says to a smiling Sally. She doesn’t reply in the final image of this book, but she doesn’t have to.