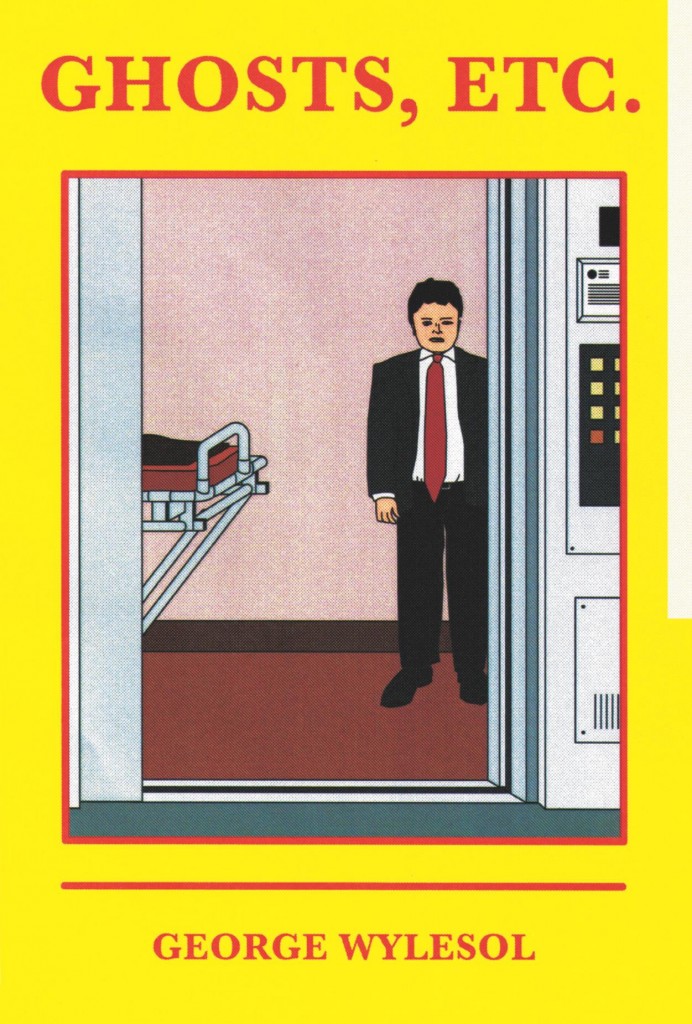 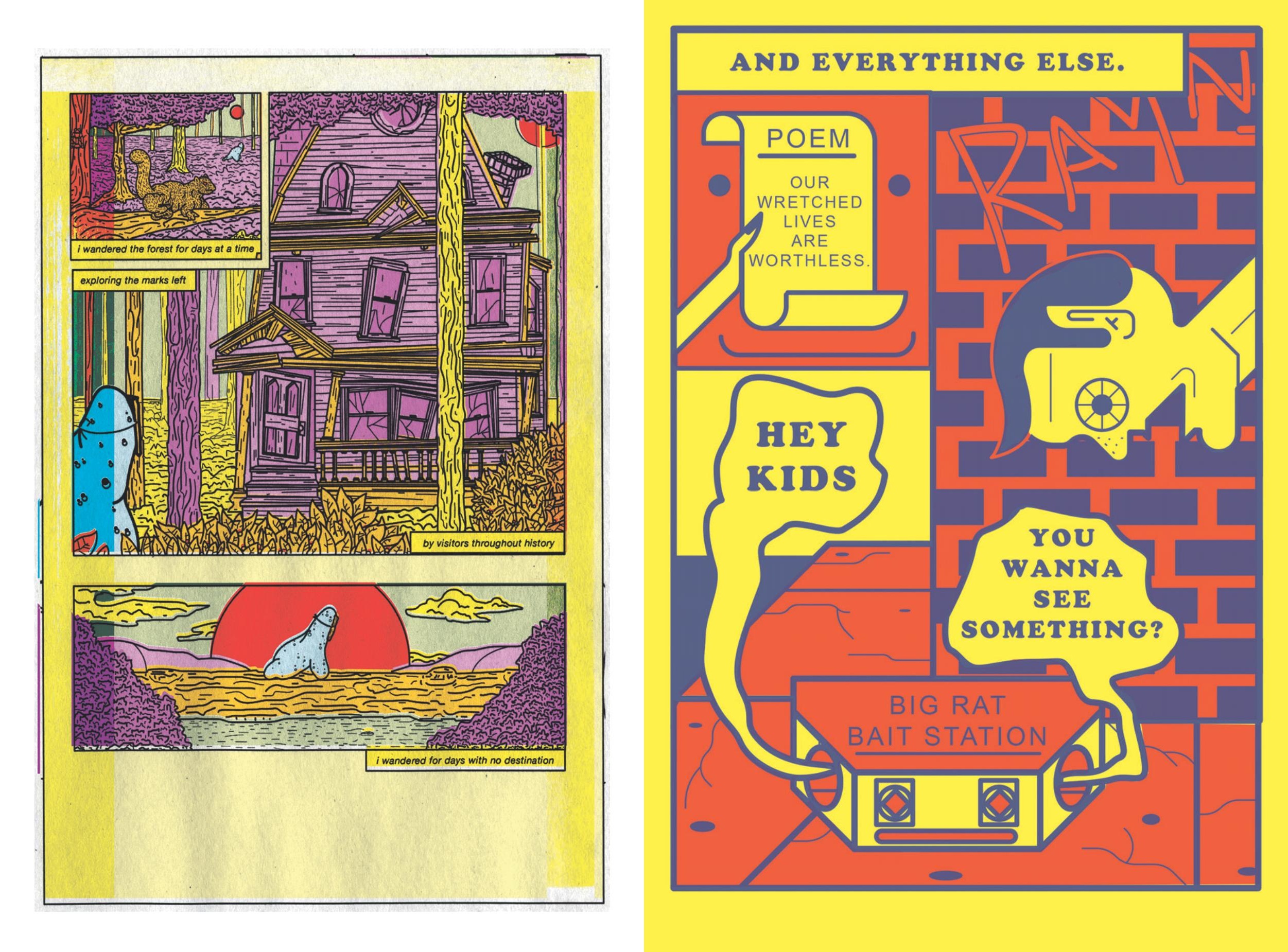 Ghosts Etc is three of George Wylesol’s short stories toying with form and perception, and rooted in horror. Each of them is very deliberately illustrated in a style differing from the others, but strengthened by the juxtaposition.

There’s an abstraction and alienation to the narratives, each of which emphasises de-personalisation. If the narrators of these brief recollections are ever seen it’s heavily cloaked and lacking true representation, and they conceal as much as they reveal, setting an unease. The title story concerns a worker whose environment is the vast maze of tunnels beneath a hospital. We never learn their specific purpose, and their gender is likewise to be guessed, but from a tour of ordinary locations, objects and isolation Wylesol weaves a tension. Is it just the narrator’s paranoia, or is something really amiss? The art is simple images, almost instructional pictograms, accompanied by stark, staccato bursts of text presented in black typeface beneath the pictures. It generates the same unsettling feeling as the Scarfolk website, with its sinister recontextualising of 1970s imagery. Toward the end the text vanishes and the illustrations become stranger, concluding a very satisfactory exercise.

‘The Rabbit’ delivers its strangeness via more obvious illustration, rendered as if presented by slightly off-register printing plates with the vivid colours seeping over each other. It appears more personal, a warped recollection of a warning not heeded, but in contrast to ‘Ghosts’ the tone is warm and emotional for what develops into tragedy.

‘Worthless’ toys with Chris Ware’s storytelling methods, but is again visually unique and separate. It’s the most abstracted of the three strips, using suggestive distortions extremely well, as three bad kids are taken on a surrealistic journey of fate. The hallucinogenic iconography is fantastic, and it’s down to the reader to pull what they will from the story, which is loose and open to interpretation.

Toying with form isn’t as common as it once was, and Wylesol has an active questioning mind, a fearless attitude, and a formidable talent to back them up. Ghosts Etc is a remarkable, eye-opening book. It won’t have a universal appeal, but without experimentation there is no progress.