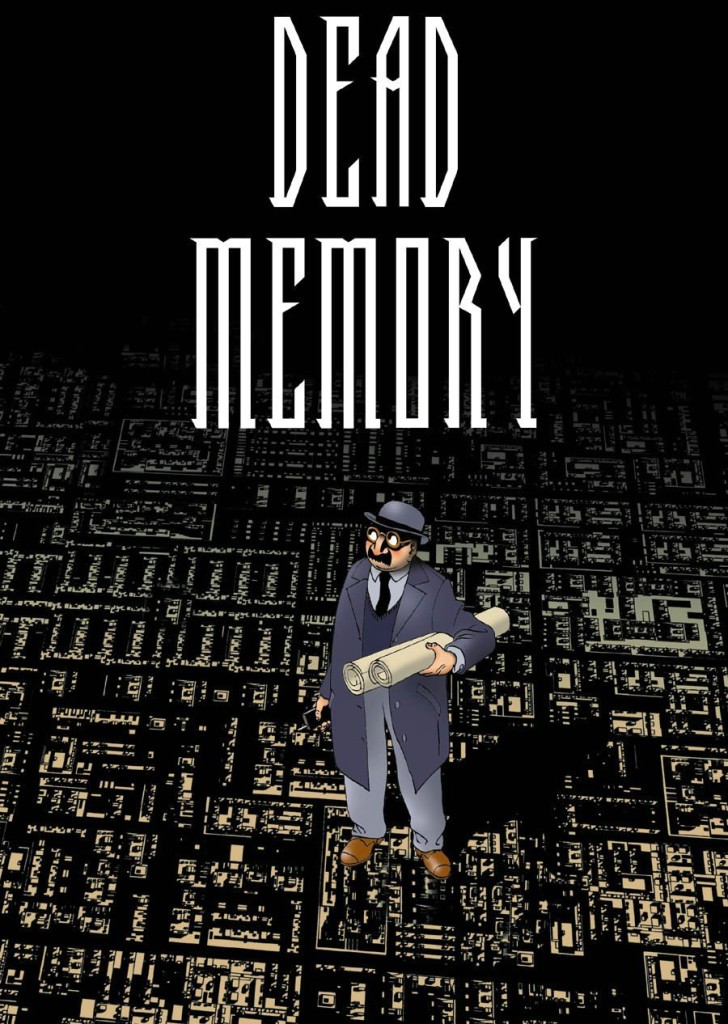 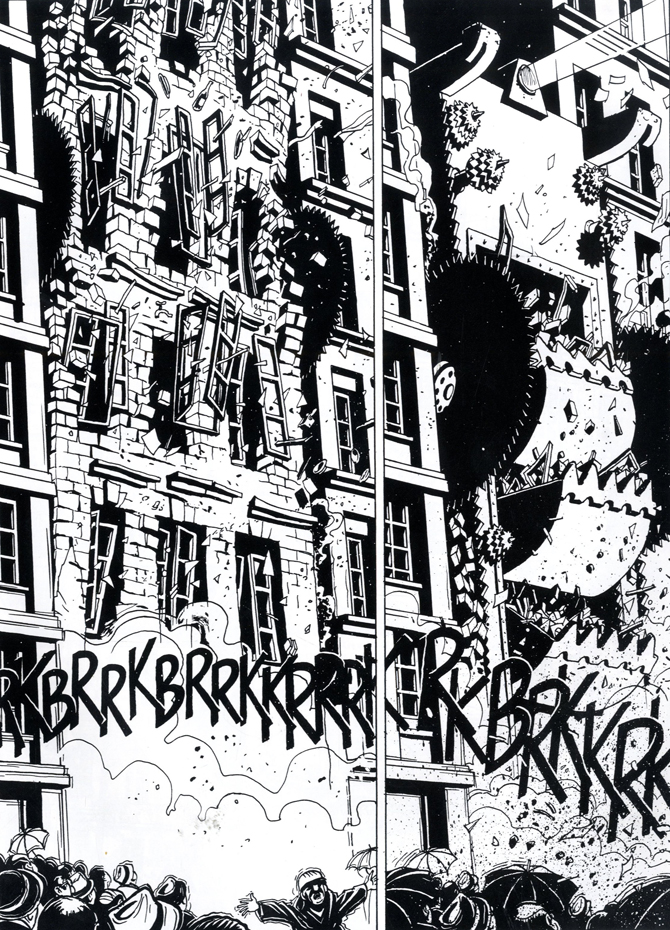 Marc-Antoine Mathieu’s intelligent Dead Memory sadly sunk without trace when released for the American market in a handsome European style album format. And while acclaimed and award-winning in France, it deserves far better.

A bureaucratic society exists within a city so vast not even the administrative planners are sure of its geometric shape, and speculate that it stretches into infinity. It’s a restrictive environment, founded on order, where it’s a crime not to carry the equivalent of a cellphone via which the central authority computer can communicate directly. Terrifying giant machines the size of a city block can eradicate the equivalent structure in minutes, but the city is thrown into disarray by the appearance of a brick wall separating two districts between whose inhabitants there has been trouble. Its overnight construction neatly circumvents planning restrictions, which are inapplicable to structures that can be completed within 24 hours.

Further walls appear, causing societal divisions, and the more walls that manifest, the more the administrative structure of society crumbles, and eventually the citizens find themselves experiencing memory loss. A bureaucrat named Huff is appointed Director of the Incident Observation and Preliminary Investigation Commission.

Mathieu is toying with familiarity in a number of ways. The idea of separating districts evokes the barricades erected in Paris during the 1790s revolution, which in turn leads back to anarchy being loosed upon an ordered society. A human preference for structure over imagination is voiced, as is the administrative tendency toward the head in the sand response to any troublesome intrusion. The meaningless complexity of departmental and individual titles is emphasised throughout, as if those devising the titles bring the order into being.

A further familiarity is expanding the Franco-Belgian school of social commentary via an architectural focus, most apparent in the work of Schuiten and Peeters, but far from obscure elsewhere.

Black ink is positively sluiced over the pages in places, and as his work is so considered there’s a temptation to attribute the customary black and white in which Mathieu works as reflecting his worldview. Here, though, that would be stretching the evidence at hand to a proof otherwise not indicated. He poses questions without definitively answering them, but seems to favour order by virtue of posing a definitive societal breakdown if we isolate ourselves from others. It’s a matter worth absorbing in present day Europe.

In interviews Mathieu has said he considers himself an architect rather than a storyteller, which is an odd comment for someone who ridicules pretentious titles here. What he designs in Dead Memory is a multi-faceted deliberation on individuality, and what we collectively want from life. Or perhaps not. On the surface it’s a relatively simple plot, yet it’ll prod at the consciousness for days beyond reading as yet another fragment prompts pontification. That’s a reward offered by very few graphic novels.