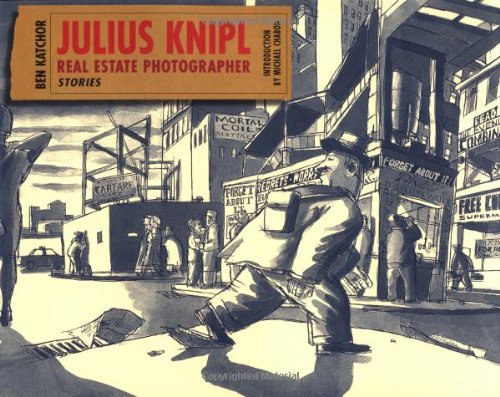 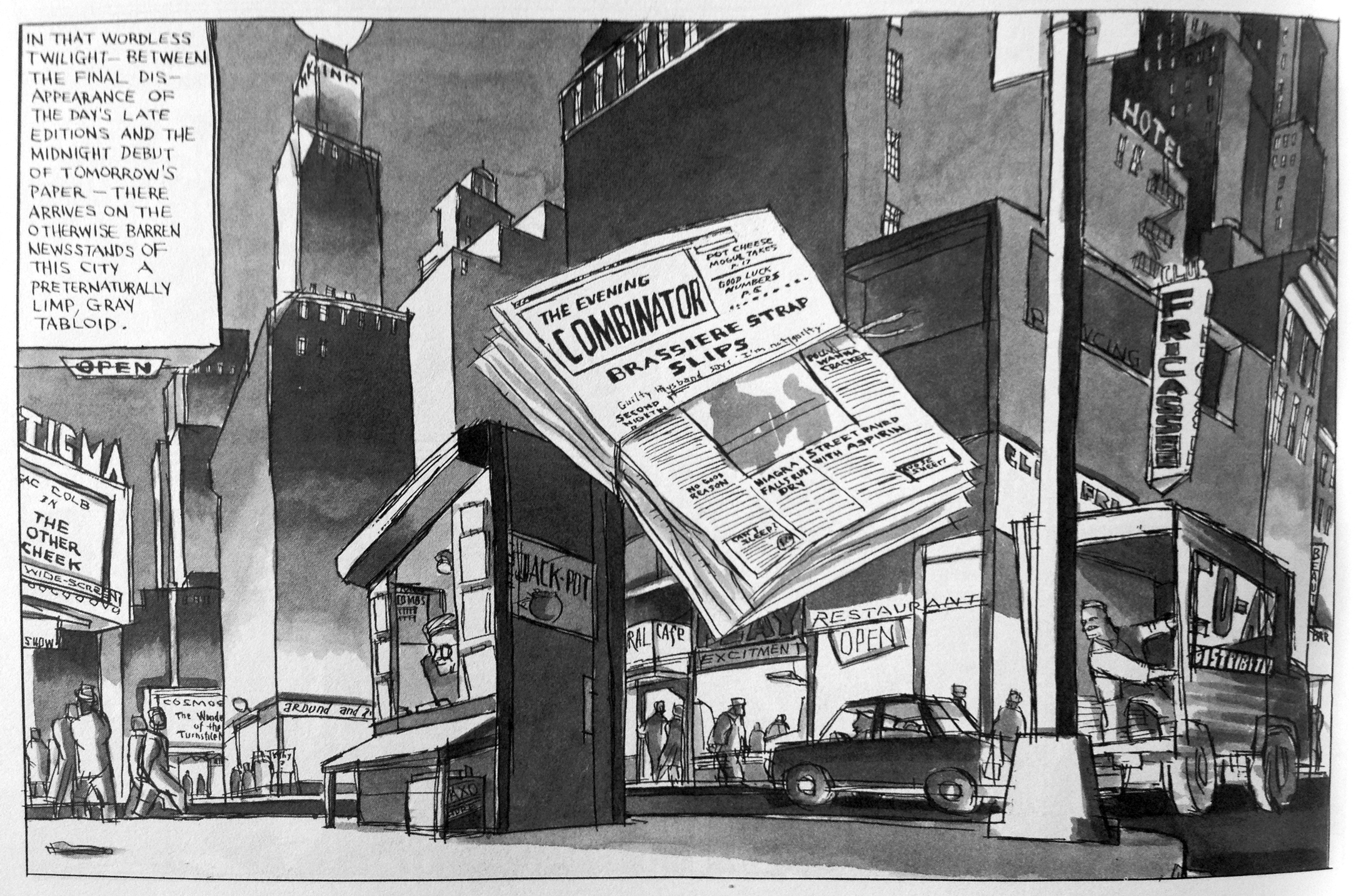 Just as in Cheap Novelties, the first collection of one-page strips by Ben Katchor for a group of weekly newspapers, this second volume features a dilapidated and forgotten side of New York, seen through the eyes of real estate photographer Julius Knipl. Despite being named in the title, he does little more in this book than he did previously. We still follow him in and out of one dingy building after another as he pokes around the remnants of antiquated and discarded businesses and services. He has intense, nonsensical conversations with men who just can’t let go of their failed inventions, or their now irrelevant ways of making big money from tiny business opportunities. He never seems to judge or be surprised by what he finds, he merely observes, records, and moves wistfully on.

Katchor’s drawing style has evolved from the first book to a line that is looser and yet more refined, the architectural rendering is more solid, the buildings now more dimensional, the added wonky geometry giving a greater feeling of space being diagrammed in these panels. The wobbly grey wash does just enough and no more than is necessary to convey all kinds of atmosphere, lighting conditions and emotional states, simply and amusingly. There’s an increased emphasis on lettering in this volume, starting with the logo-packed detail of the front and back covers and endpapers, and continuing inside. The dreamlike barrage of names and slogans begin to seem perfectly reasonable after awhile and you may see a few nonsense words emblazoned across door frames and awnings after you close the covers of this book.

The poetic, dreamy, nostalgic and occasionally surprisingly emotional tone of Katchor’s first collection deepens here, and as with the first book, this one ends with a longer story. The Evening Combinator is a nightly newspaper mostly found discarded on trains and buses, which publishes the dreams of those people who manage to get a good night’s sleep in the city, unlike those who are working or otherwise still awake in the early hours. Stories such as  ‘Cowboy Lifeguard Breaks Up Chihuahua Love Nest’ or ‘Incest Party Resumes at Synagogue Laundromat’ are its standard, random fare until a series of stories about a particular architect lead him to confront the Combinator‘s editor, with Knipl as usual somewhere in the tale, joining pieces of the story together.

This volume is much wider and taller than the first collection and beautifully presents Katchor’s strips at a generous size, in landscape format, allowing greater involvement with the content.