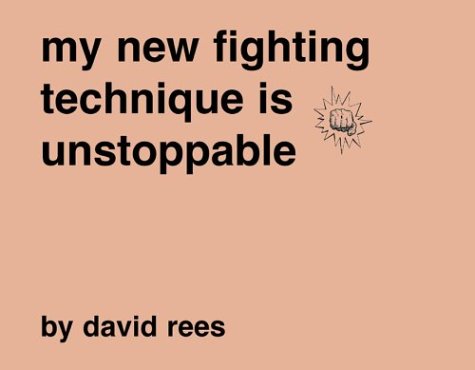 My New Fighting Technique is Unstoppable is a peculiar beast all its own. Or at least, it was, before it spawned a thousand meme-generating copies across the internet. David Rees was making this strip and faxing it to his friends at the same time as his other cut and paste joke-fest My New Filing Technique is Unstoppable. It features the same manic language games, explosive profanity and unhinged energy but MNFTIU is even more abstract, being a series of riffs on Kung-Fu and Karate movies and the often bizarre rituals, trash-talking and endless discussions of ‘techniques’ that these films are filled with.

Very badly drawn images of fighters taken from clip-art are thrown onto the page with utter disregard for aesthetics and flipped, stretched and messed around with as necessary to serve the nonsensical jokes that Rees concocts, with running gags about the many different methods of ass-kickery that are going to send hapless motherfuckers to hospital, generally ending with an ambulance waiting to take said motherfuckers away. It reads and looks like one massive in-joke, but all you need to be in on it is a love of old kung-fu movies and a sense of the absurd. The undeniably terrible and amateurish look of the strip works to increase its hilarity as the inept recycling of the inadequate graphics becomes its own source of humour. It’s easy to see how MNFTIU became such a cult phenomenon: the back-and-forth braggadocio of the fighters is the kind of thing that benefits hugely from having friends to share it with. The absurd dialogue is very quotable, and demands to be heroically declaimed out loud to someone else, getting funnier with repetition.

If you have a finely developed literary sense that derives no enjoyment from juvenile swearing, overblown boasting of battle techniques or corny kung-fu movies, then MNFTIU is not for you. However if you’ve ever loved Game of Death or Legend of the Golden Sword, bought a Wu-Tang album or pretended to be Bruce Lee, you will treasure this stupid book. 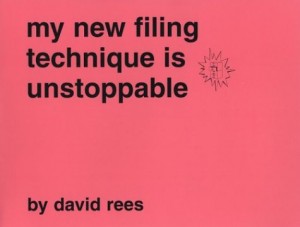