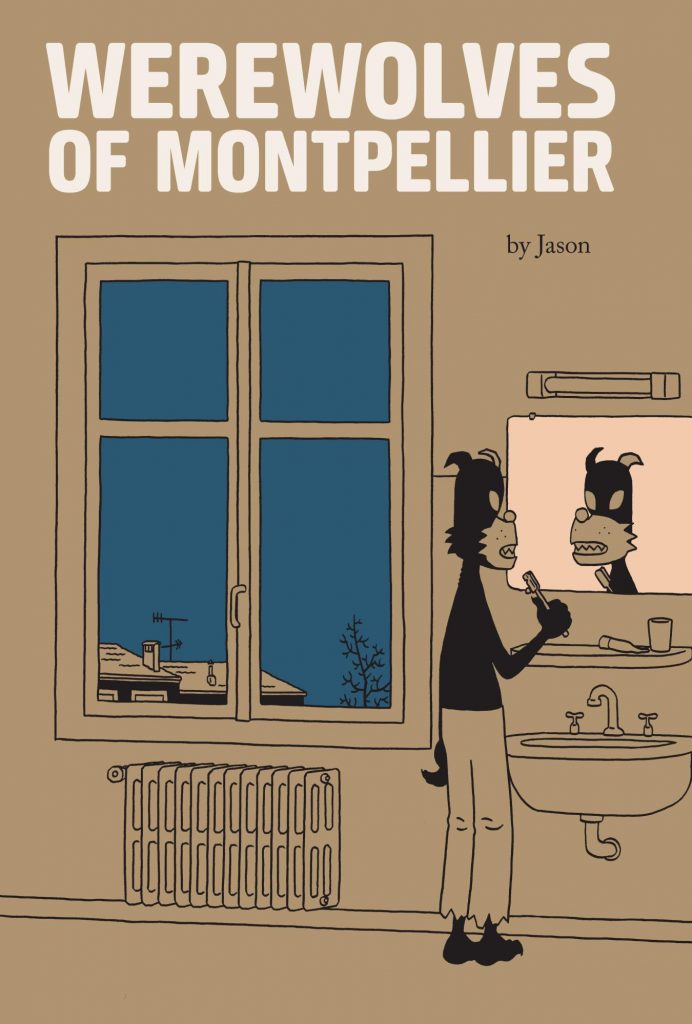 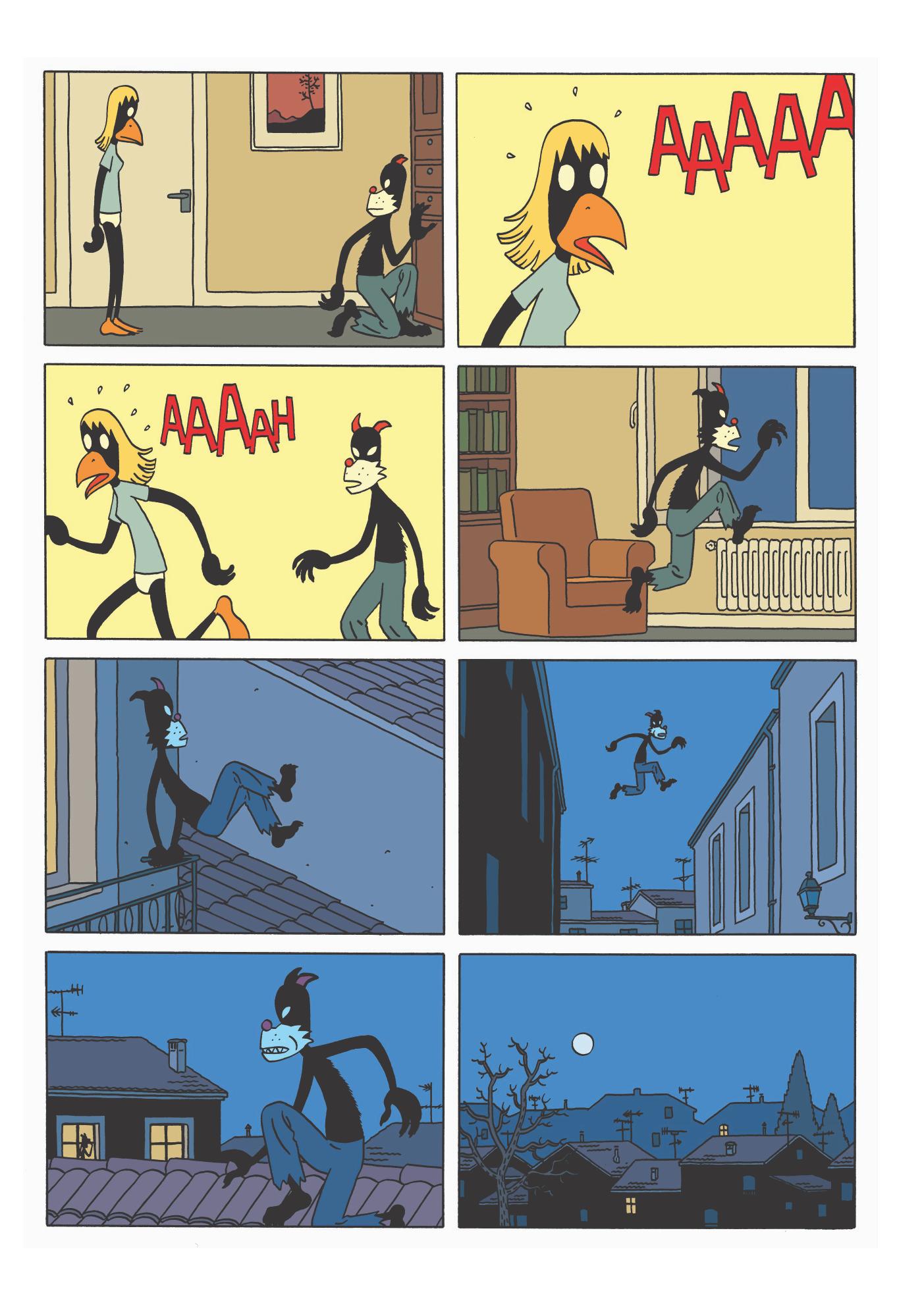 Sven is a thief, which is known to his friend Audrey. He’s hit upon an intriguing device to aid his activities: he masquerades as a werewolf while working, on the basis that if he’s discovered, the shock of his appearance will enable some extra moments to make his escape. His career, however is the only remarkable aspect about Sven, who otherwise spends his days shooting the breeze with an equally lonely mate, and whiling away the hours sketching Montpellier. There’s a kicker, though. There really are werewolves in Montpellier, and they don’t like the attention Sven’s activities have been getting them.

Norwegian cartoonist Jason moved to Montpellier, and it’s difficult not to see aspects of him in Sven as he passes comment on cultural differences in France, and that line of thinking leads to wondering about other similarities. While discounting that Jason prowls the rooftops at night disguised as a werewolf, was his move prompted by unrequited love? Does he have a sideline as a jewel thief? Such playful speculation fits the tone of the story, which combines the melancholy nature common to Jason’s work, and the occasional film references with a lighter whimsy, perhaps reflecting the French cinema referenced.

Werewolves of Montpellier is also a rare example of Jason’s deliberately two dimensional and un-nuanced art not entirely at home with the subtext of bubbling, unrequited passion. It doesn’t pull against the story, working fine with the whimsical aspects, but would a more evocative presentation have accentuated this emotional undertone? That’s not quite nitpicking, but it’s also the case that Jason always supplies a thought-provoking narrative, often with an undercurrent of comedy, which is the recipe again here. An understated ending is the final of several surprises throughout in what’s overall another very satisfactory outing.