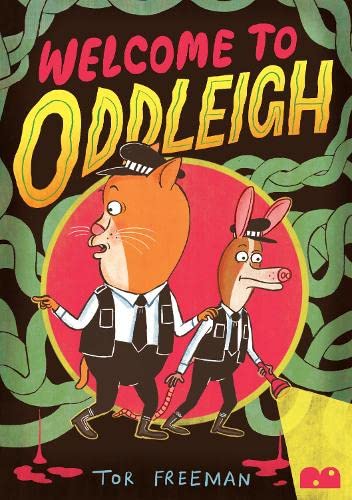 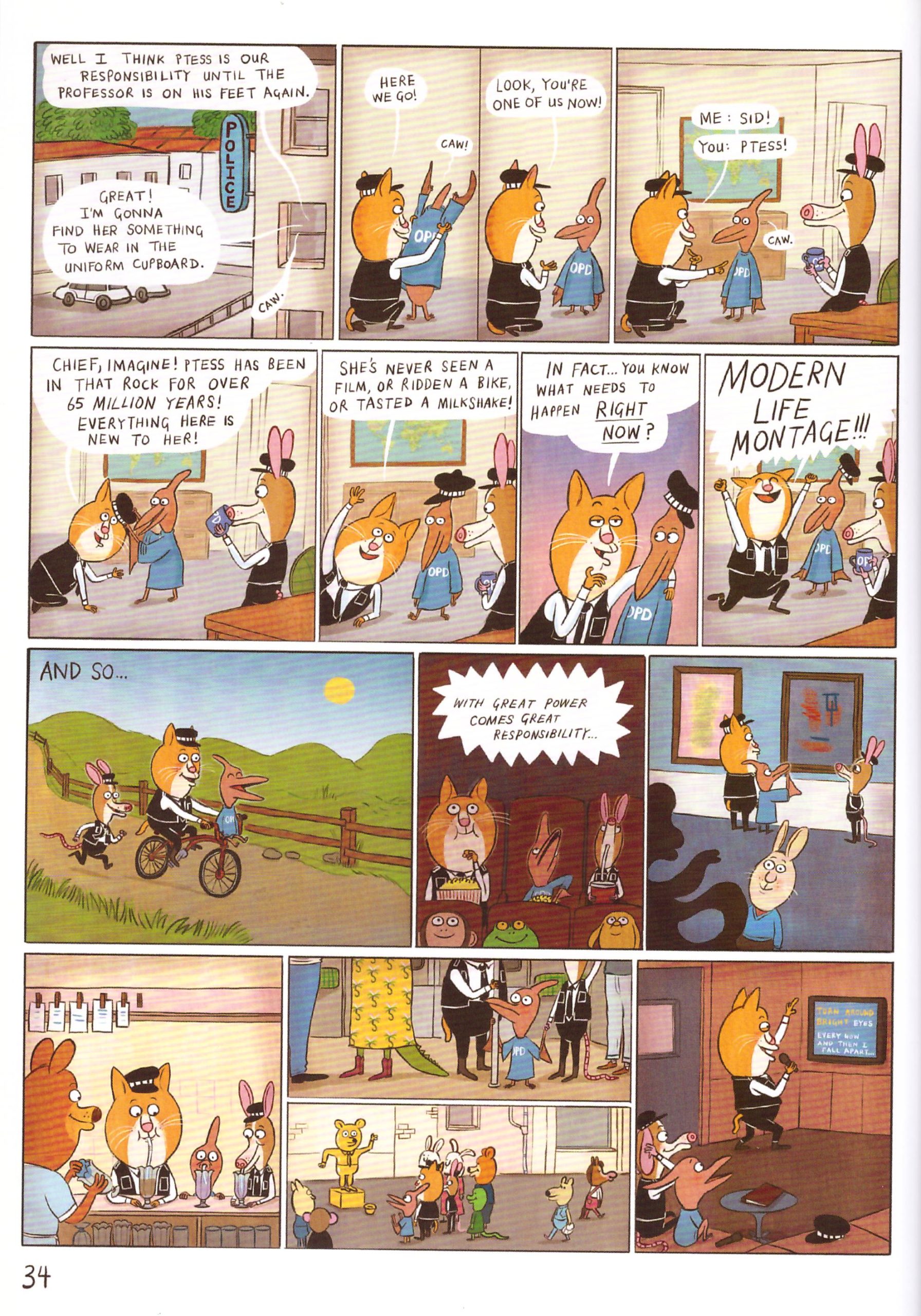 There’s a form of bumbling comedy eccentricity that doesn’t work adequately anywhere other than the British isles. It requires a general cheeriness, well-meaning people attempting their best, and willingness to overlook error, and that’s what Tor Freeman exploits so efficiently in Welcome to Oddleigh.

All those qualities are required in part to accept the incompatible and awkward designs for primary characters Inspector Jessie and Sergeant Sid as seen on the cover. They’re people anyone would find it difficult to take to their hearts if based on appearance alone, yet as good-hearted, and if not the most efficient or conventional of local police, they get there in the end. Freeman supplies them with a fair number of oddball challenges. The sample page poses the problem of integrating a revived pterodactyl in modern society, and other problems include breaking the ghostly curse of a stately old building, investigating the mildly threatening notes being sent to a celebrity and a visit to the dentist. The most off the wall idea concerns a sect of caterpillars who’ve renounced the opportunity to turn into butterflies.

The simple, flat illustration serves the stories well, and Freeman packs the strips with admirably silly jokes, in the set-ups, the dialogue and visually. A cactus ghost, Jessie’s surreal hallucinogenic dreams and a great limerick are among the delights to have children and adults giggling away, and Freeman has the consideration to supply puzzle pages at the back. Sergeant Sid loves a good crossword, although isn’t the best at them, so there’s one referencing the stories, and Freeman goes into great detail about the transformative biology of caterpillars.