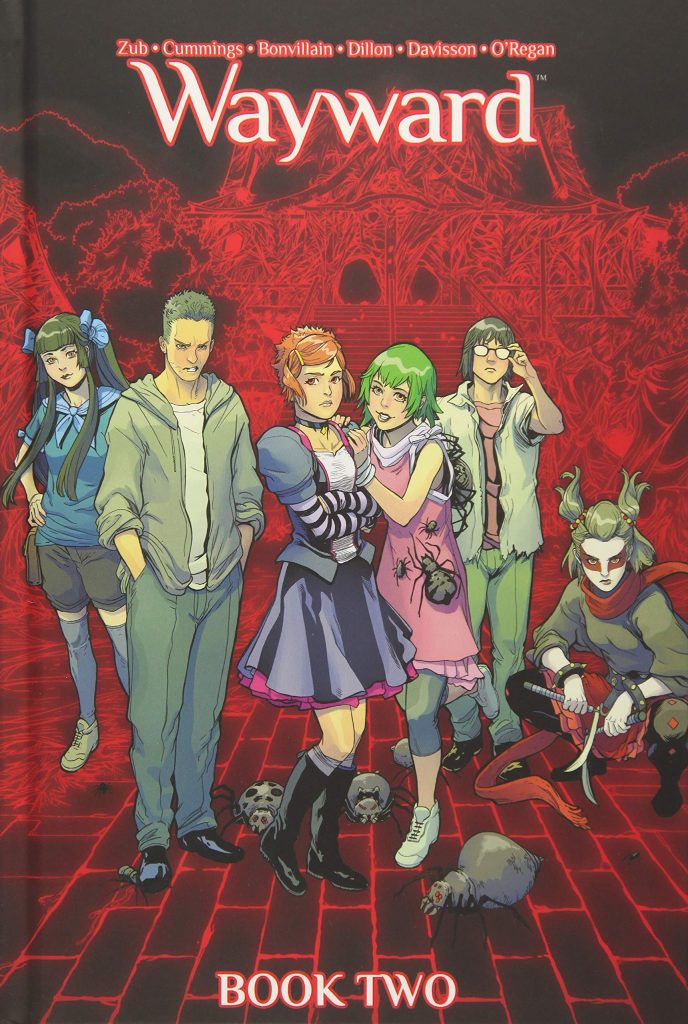 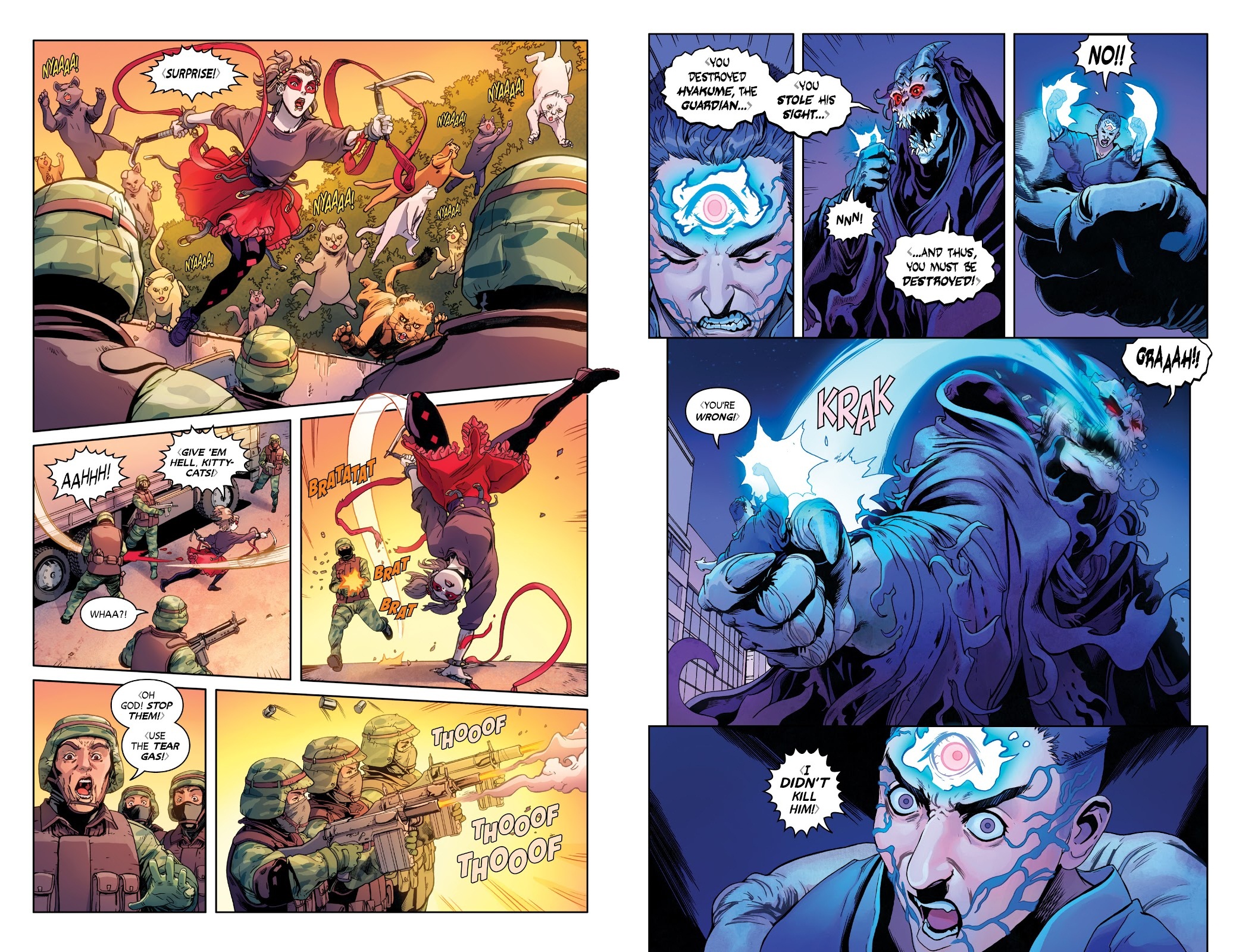 This second hardcover moves Wayward into the material where the series really picks up and gets going. There hadn’t been any problems with Steve Cummings’ art, which looks as great on the slightly oversized pages as it did on the original editions, but here’s where Jim Zub stepped up, fixing the previous problems with the plotting and scripting. Book One introduced most of an endearing teenage cast, thrown together by circumstance as they developed a form of magical super powers in Japan, yet bonding well and instantly. They’re channelling magic, have a destiny, and this content begins to get to the bottom of what’s happening.

While the format is nice, the combining of two paperback graphic novels works awkwardly for Wayward. Book One highlighted the similarities, and this is a collection of extreme contrasts. What was published as Out From the Shadows is a widescreen, cinematic explosion set in Japan, while the content of Threads and Portents is split between Japan and Ireland, and is altogether more reflective, at least in the Irish sections. These are where Rori Lane begins to learn about what she is, and perhaps more importantly why she is. Her destiny is entwined with old magical powers and while there’s plenty more for her to learn in Book Three, there’s a growing awareness about her. Although there are chapters where she’s not seen, she remains the lead character of an ensemble cast, and importantly the only one of them who grows and progresses throughout Wayward, as her colleagues all acquire super powers, but never move forward from that point. That’s no criticism, as they’re all intriguing, and their personalities carry the story through some otherwise time-marking scenes in Japan toward the end of the book.

Cummings is a first rate artist, the finished article, which is all the more remarkable for his being relatively unknown before Wayward. His one weakness is being unable to draw Rori’s father Dermot consistently, but that’s picking at straws in the face of magnificence. There’s a refined design sense of what makes a strong page of art, but also one that tells a story, his emotional characterisation is first rate, and Cummings creates some brilliant monsters and demons. Also distinctive is the way he merges the 21st century with the myths of the past. A decision to go with the vivid flat colouring of Tamra Bonvillain pays off in spades, accentuating the clash of the neon modern with the timeless old.

Zub’s dialogue has improved considerably, no longer clever at the expense of being natural, and anyone’s who’s read the complete story in paperback will pick up on the well placed foreshadowing. Part of the story discloses how Rori’s parents met, and we see her as a baby cradled in her father’s arms as he tells her “Y’have no idea how precious you are”. Given what happens later, it’s a loaded statement, and is clever without drawing attention.

From the beginning of Book Two, Wayward is upgraded to a consistently interesting fantasy/superhero mash-up and it bears reading further as Book Three concludes the story. 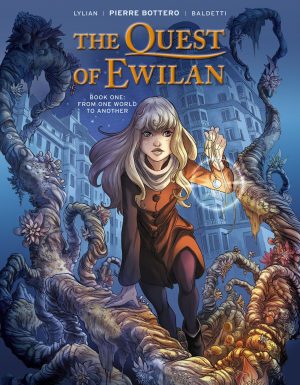