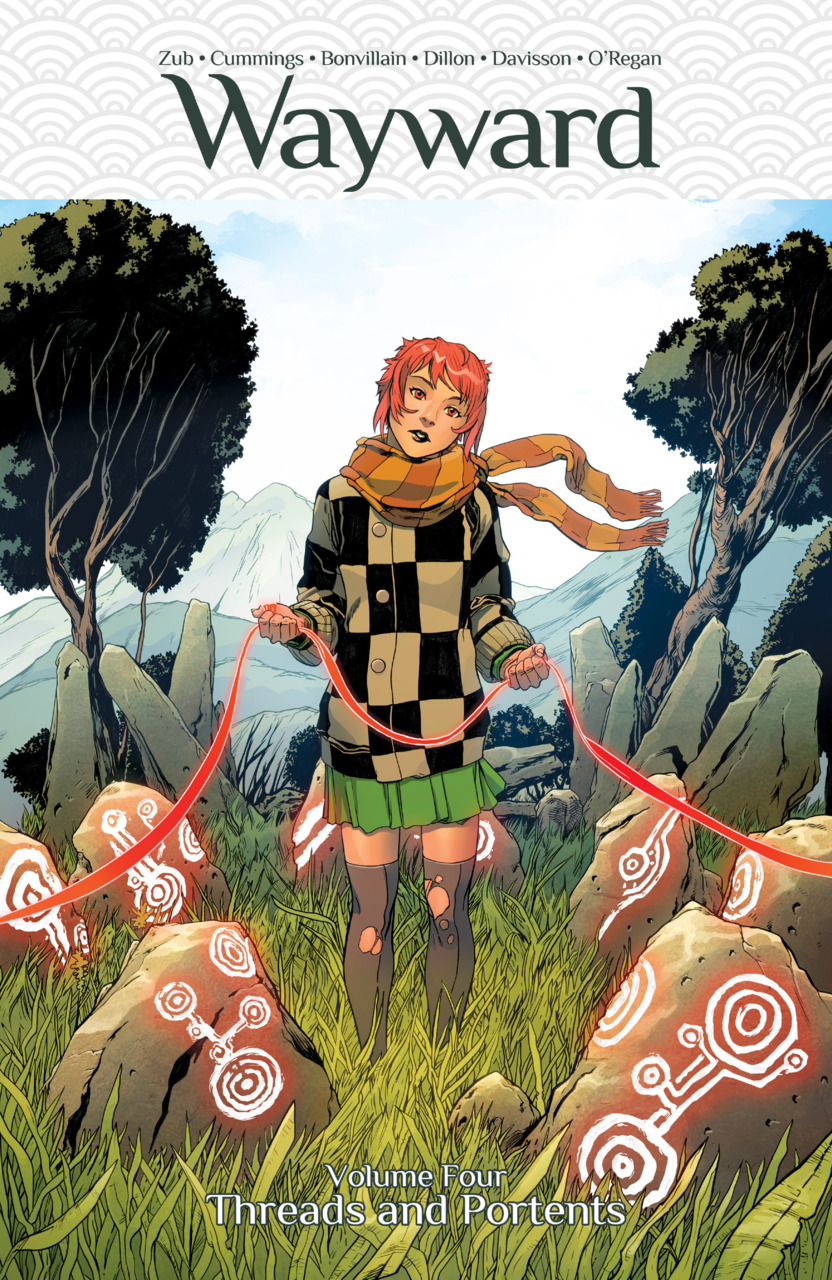 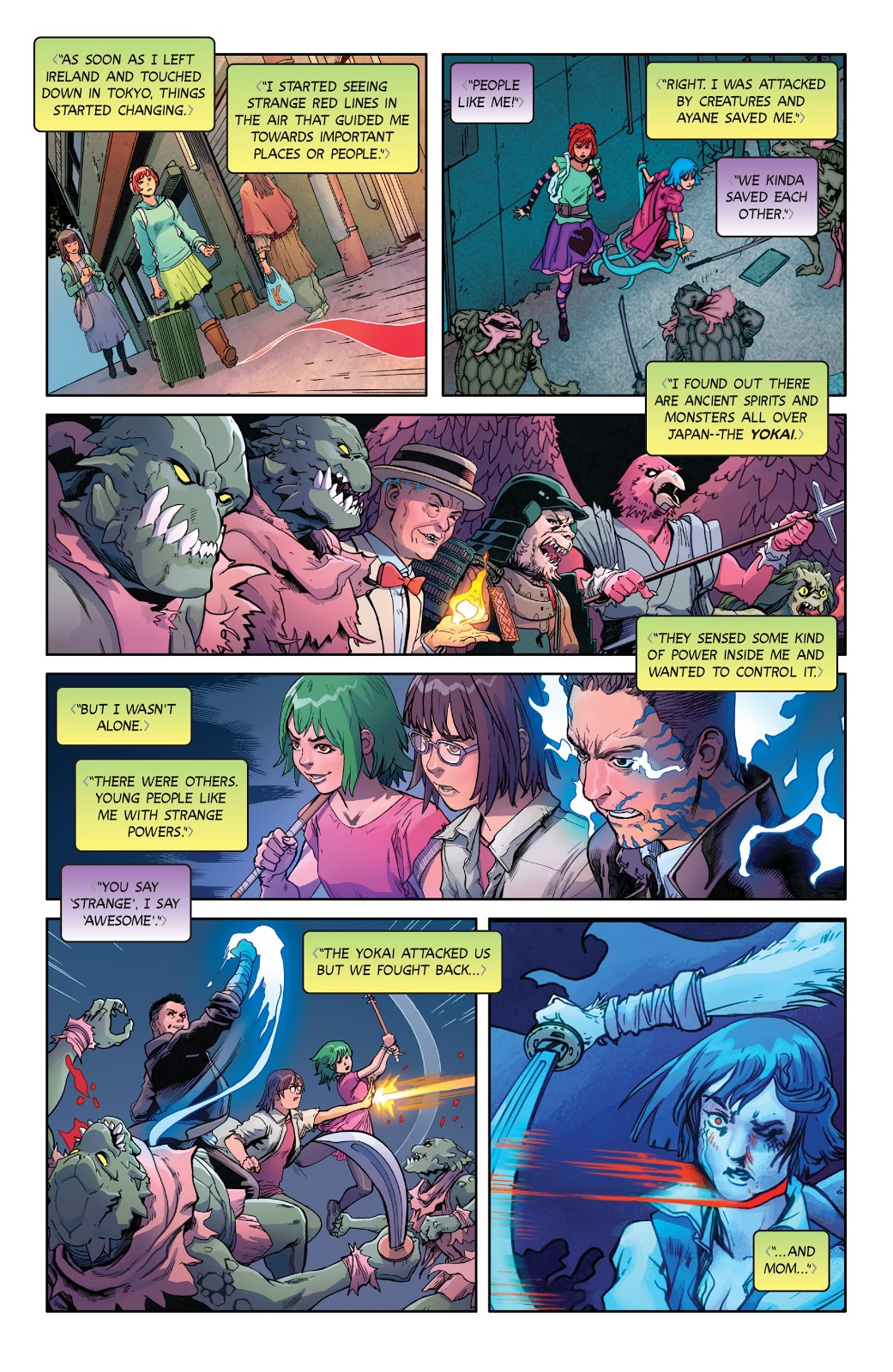 Jim Zub has built Wayward chapter by chapter in Japan, throwing newly arrived teenage girl Rori Lane into a world of developing magical powers and ancient legends. It’s been a steep learning curve that suffered a first setback in Out From the Shadows, the detail summarised on Steve Cummings’ sample art, and Threads and Portents opens with Rori and her friend Ayame in Ireland with Rori’s father. Her other new found colleagues remain in Japan, and Threads and Portents is a sort of breathing space switching chapter by chapter between both locations.

While Zub maintains the adventure in Japan, that’s more by way of marking time as the authorities attempt to follow up on the previous volume’s carnage. It’s the chapters set in Ireland that connect more thoroughly to the overall story. Just as Rori has rapidly learned about her Japanese heritage, so Dermot is steeped in Irish mystical culture, and Zub begins to investigate what that means. It’s explored alongside his meeting Rori’s mother Sanae, and the flourishing and disintegrating of their relationship. Dermot still has many secrets to be disclosed, but we do learn that it wasn’t by chance that Rori’s own abilities manifested in Japan. “Yer said yer all special and shite”, shouts her father, “time ta prove it”. Just as he has Zack Davidson advising on Japanese language and culture, Zub has Ann O’Regan advising him on Irish folklore and phrasing, but without actually hearing the dialogue to give it resonance, the attempts to phoneticise an Irish accent are forced in places.

It may be Zub’s plot, but so much of what Wayward is works because of Cummings. His input is immense. The sheer beauty of the art is obvious, the detail he provides for locations and the attractive looking cast feeding to that, but what’s really important is his emotional intelligence. There are times when we need to see these are young teenagers, not superheroes, and Cummings is very attuned to that.

Tethered Souls follows a surprise ending, resulting in a wonderful final page. Things haven’t gone well in Ireland, and there will surely be consequences. If preferred these episodes are available in hardcover combined with the previous volume as Wayward Book Two. 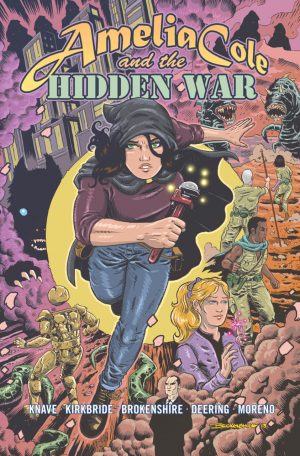 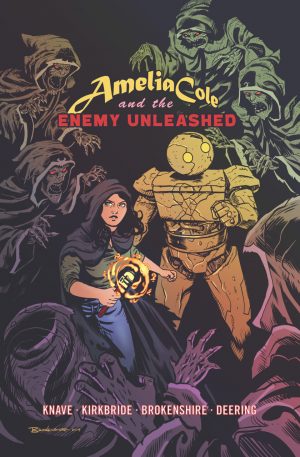 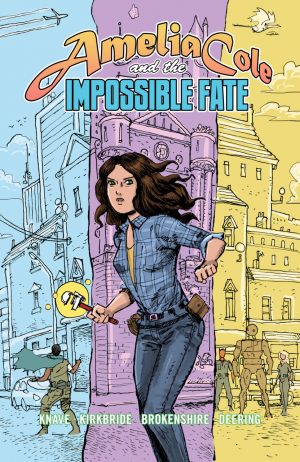