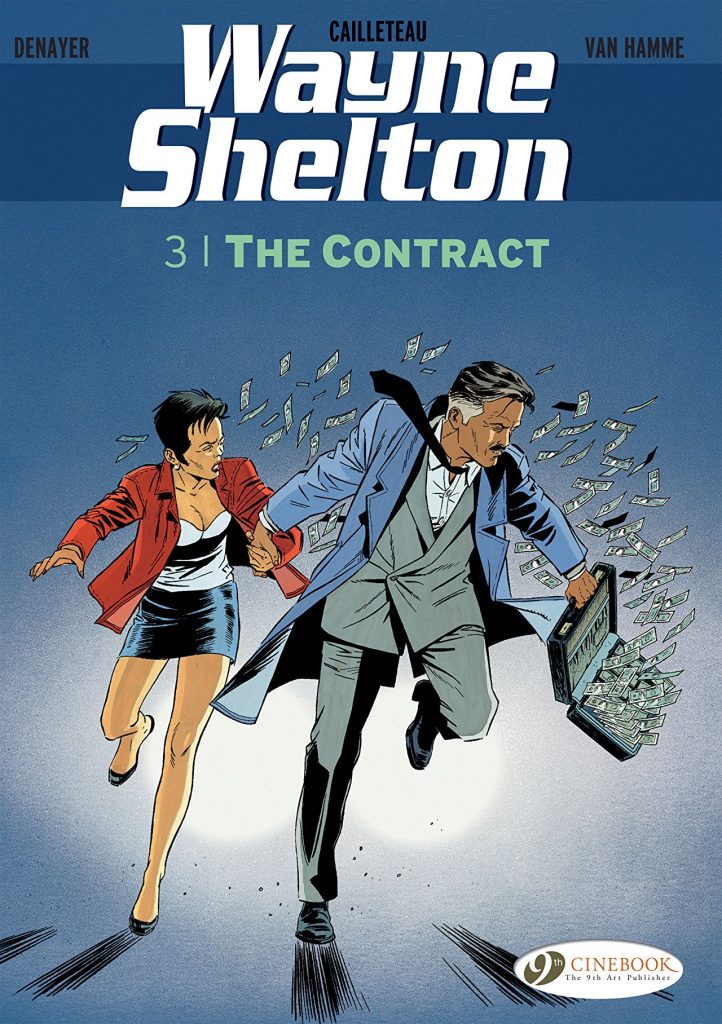 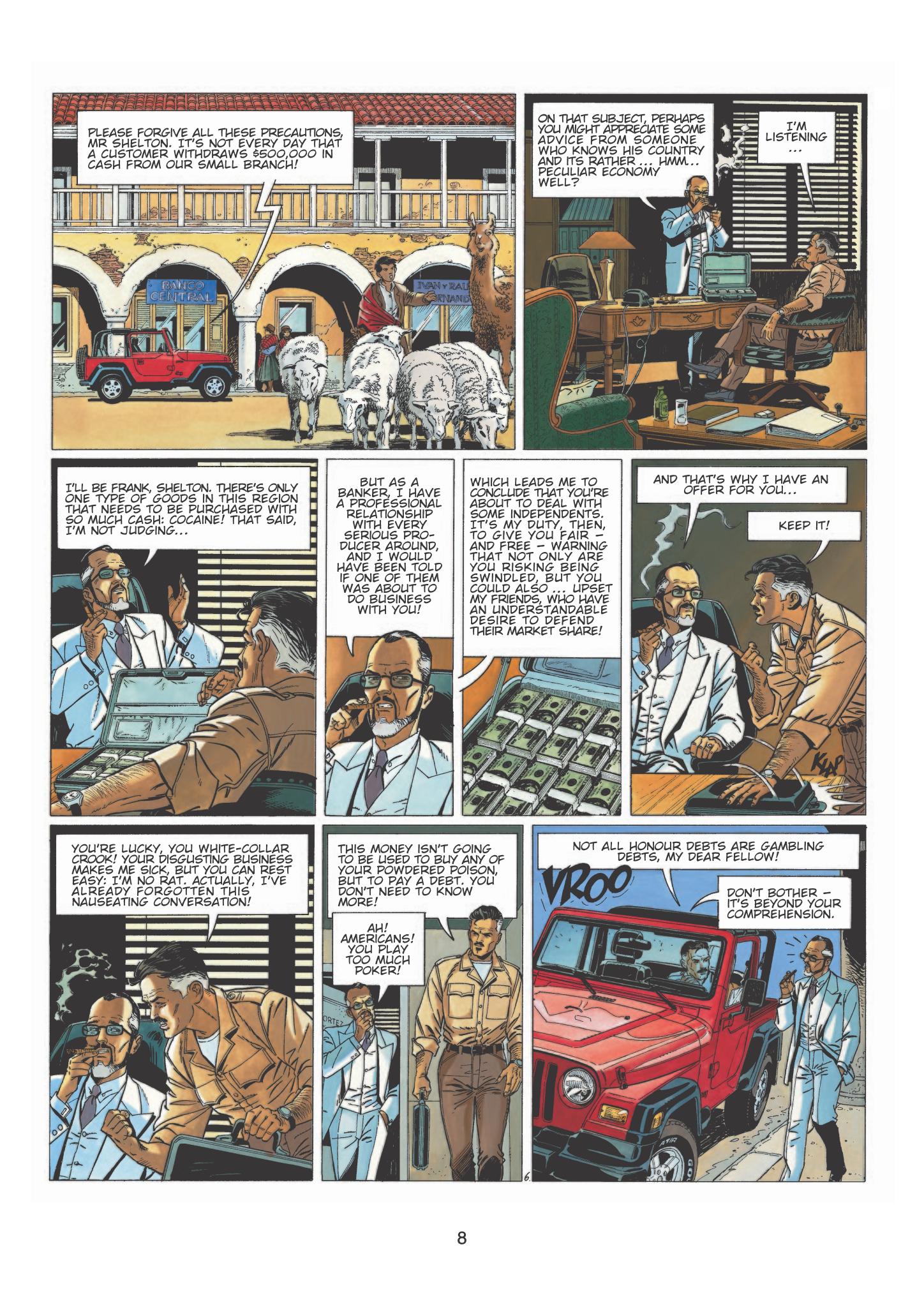 The sample page tells you almost everything you need to know about Wayne Shelton. He’s upright, he’s tough, and he pays his debts. The debt in this particular instance is one of honour, with Shelton doing his best to make amends for something that occurred in The Betrayal. He’s not the only one who feels the events of that book need some tidying up, hence the title of this book, with Shelton as the target.

Jean Van Hamme is a top thriller writer, but what’s been translated of Wayne Shelton so far presents some very old fashioned attitudes, some of them bordering on unpleasant. Sense of honour, good, having a policewoman of Japanese descent refer to herself as “sushi bar”, pretty unbelievable, as is her willingness to tumble into bed with Shelton. If this were a 1950s novel that sort of content would stand out as dated attitudes of the times, but The Contract was published in 2003. Wayne Shelton is meant to have a lighter touch than his other thriller series, but because of that doesn’t always convince. Thierry Cailleteau also contributed to the plot, a sort of handover, as he writes the next several books in the series, and as writer from a different generation maybe he could have been more sensitive.

As it has been over the two previous books, Christian Denayer’s art is superb. He immerses us in the technology, and his characters move about the pages convincingly, which isn’t always the case for artists who’re so strong on detail. The Contract is very episodic in tying up loose ends from the previous books, and Denayer revels in the presentation of realistic locations, be they the opulence of an English country mansion or the grime of a Central American construction site.

Ignore the dated aspects, and The Contract moves along at a pace, with Shelton clever and resourceful, and always a step ahead of his assassins. It’s professional, it’s fun, it’s exceptionally well drawn, but it never generates the tension or fear of the unknown that a good thriller ought to. Cailleteau and Denayer continue Shelton’s adventures in The Survivor.